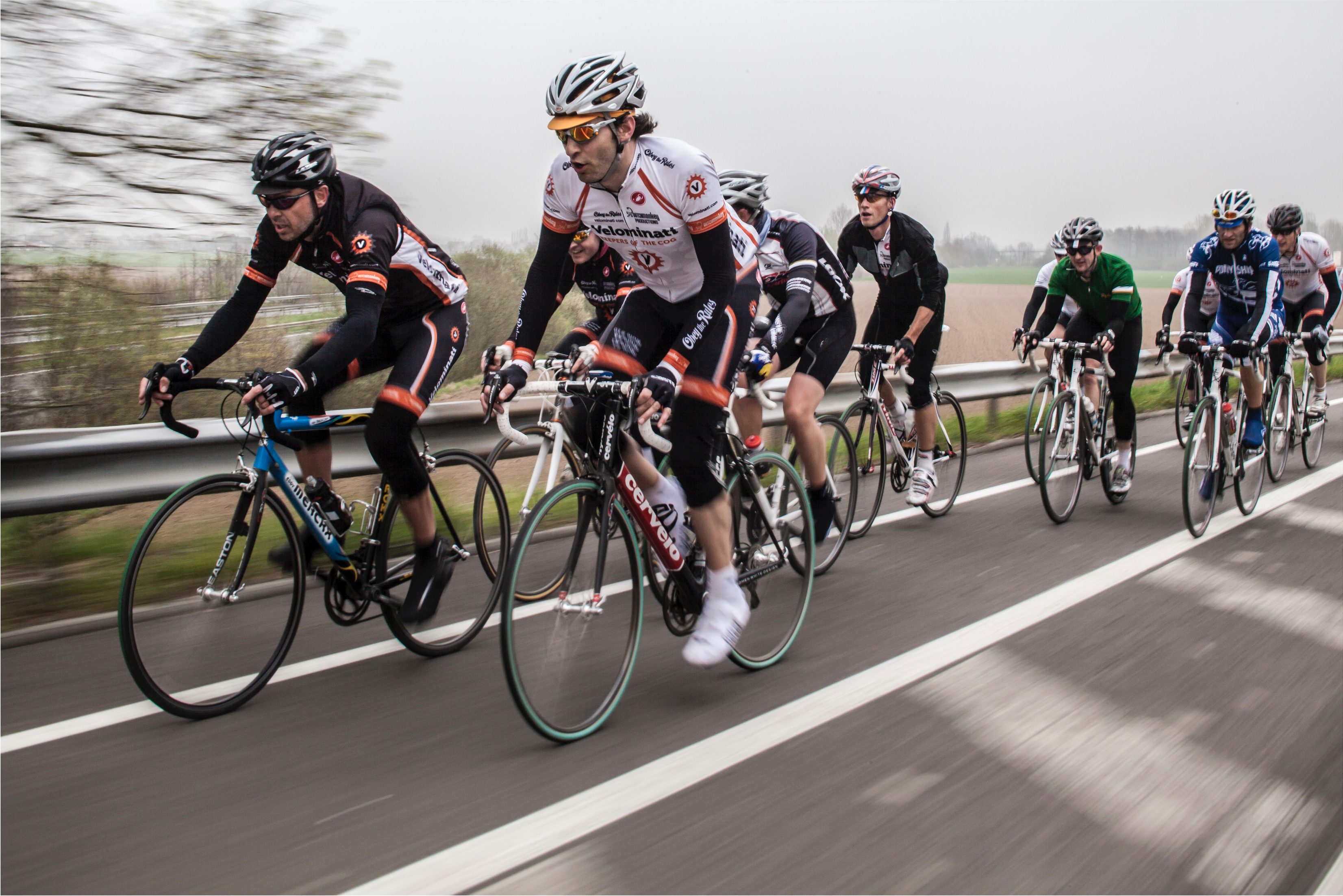 Oversharing on the Group Ride

My dog greets every dog on the street as though it were her long lost best friend. As soon as the customary butt-sniffing has been sorted out, the two dogs will wrestle each other endlessly, stopping only after an owner-forced separation. Any human that falls within her gaze is a viable candidate for a new home and they are accordingly inspected with a pit-wiggle (pitbull owners will know what I’m talking about), jumping, bark-speaking, and – if she can get close enough – licking and mouth hugs.

Imagine, for a moment, if adult humans greeted one another in this way.

By and large, adult humans tend to be a fairly antisocial lot. We weren’t born this way, it is a learned behavior. Boys at the playground tend to select their friends based on whether they are approximately the same size, like the same sorts of toys, and whether they appear to be interested in kicking sand on the same group of girls. Girls use a similar but less sand-kicky method of selection. There doesn’t appear to be an enormous amount of personality analysis that goes on; as we grow up, we learn to be guarded towards strangers and to perform a deeper assessment of someone’s personality before we decide whether or not to become friends.

The bicycle is the great neutralizer of this defense, providing an immediate foundational building block of friendship between strangers. Rolling along in a group of near total strangers, the conversation flows easily. But this also presents a risk of oversharing, delving casually into territory that should really be saved for closer friendships. The following are a loose set of guidelines to help keep things classy on the group ride.

Rinse and repeat the above for every rider in the bunch you find yourself alongside.

57 Replies to “Oversharing on the Group Ride”