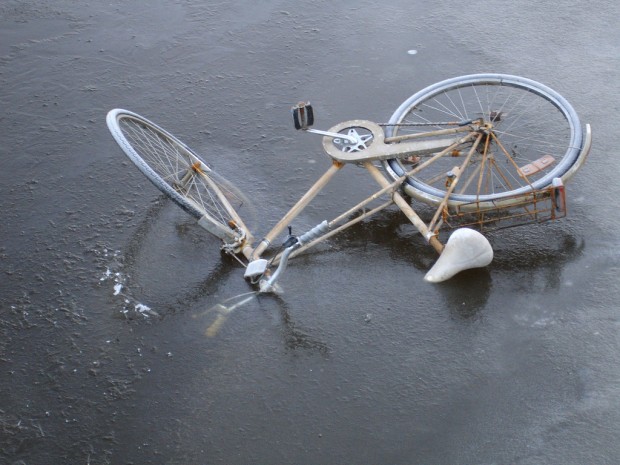 This morning was one hell of a shiny one in Seattle. It snowed/sleeted/rained/somethinged last night, and every surface was a sheet of ice. Undeterred, I rode the trusty steed in to work with my brethren (yes, many other cyclists were out and about). A few near misses ensued, but then I had my moment at the intersection of Brooklyn and 50th:

I pulled up to a red light next to a brand new Corvette. Seattle is not a Corvette town, so this is worthy of note in and of itself. Reaching the light, which is about to change as I get there, I hover for a moment- still clipped in- and glance sideways. The driver looks at me in the same moment, and we lock in the briefest, yet unmistakable exchange. We are each man and machine. We have sized each other up, and, just as quickly, dismissed each other.

The light changes, and I pull bike and eyes forward. I expect the sensation of the ‘Vette passing me, but nothing happens. The silence is broken by a precise “Sizzzz” which rises in pitch for a few seconds and then repeats. Again, “Sizzzz”. I take a slow, deliberate look over my shoulder. His wheels are spinning like a circus ride. He’s sitting at the light, and a VW Golf is impatiently pulling out around him.