Cycling: A Year in Review 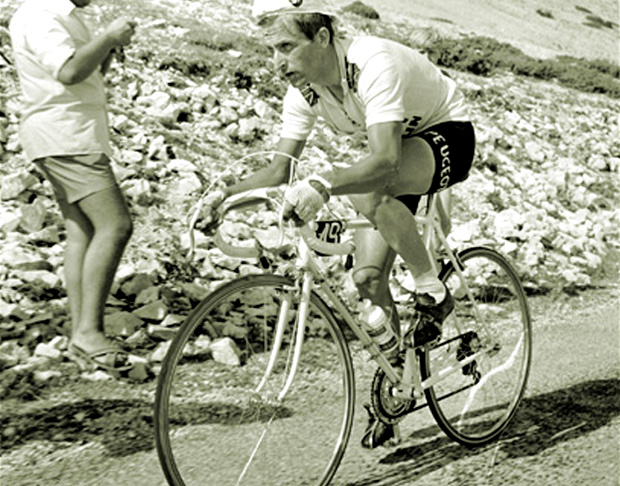 “They” say hindsight is 20/20, but I tend to disagree. Hindsight is only as good as your vision is in the first place. In my case, I can see just well enough not to run into things without my glasses. Plus, “they” dangerously forget to point out that hindsight is only helpful if you are standing still; if you’re moving, you’re likely to bump into a tree or trip over a rock. In fact, I might argue that hindsight is more trouble than it’s worth. Onwards and upwards, I say, with a stubborn disregard for the past.

We won’t know until Time shuffles on a bit further exactly what impact the 2007 cycling season will have on cycling’s future, but I believe that after the dust settles, cycling will be recognized not only as one of the cleanest sports in the world, but as the sport that set the stage for how to battle drug use in professional sport. That’s not to say that we’re not up to the gills in drug use now, and that the governing bodies such as the UCI and WADA didn’t completely ball the whole thing up this year. I think the 2007 road cycling season will be seen as the year that the cycling community finally woke to the damage that drug use can cause in a sport.

I have written many times about how poorly the UCI, National Federations, and WADA have been conducting themselves in the fight against doping. The governing bodies as well as the teams have been complacent in allowing drug use throughout the peleton; by the worst measure, they have encouraged, demanded, and even organized it; by the best measure, they have turned a blind eye. Public opinion has slowly but steadily declined, and in response they have fought not to change their behavior, but to save their reputation and push the blame onto another source: the riders.

2006 will be remembered for the outbreak of Operation Puerto and the ejections of the major stars from the Tour de France. 2007 initially appeared to be cleaner. In years past, the top riders rode strongly at the front of races from start to finish. This year saw racing that seemed much more human, with top riders carefully burning their matches, making sure they had enough left for crucial moments. At the same time, more and more information came to light about how wide-spread drug use has been in cycling and – if you look for it – how unfairly the riders were treated by the UCI, National Cycling Federations, and their teams in order to save face in a culture steeped in drug use. I call that a “transition year”.

The season’s key developments, in no particular order:

But there is a beacon of hope. Now that sponsors are leaving the sport, there is a chance that things will change and the UCI, teams, and riders will become serious about cleaning up. Team CSC has hired an anti-doping expert to manage a strict, internal anti-doping plan which involves over 500 additional blood and drug tests conducted by the team. After a successful 2007, other teams are adopting CSC’s plan.

Only time will tell if this is in fact the beginning of a new era, but I hope that what I smell in the air is change and not smoke.