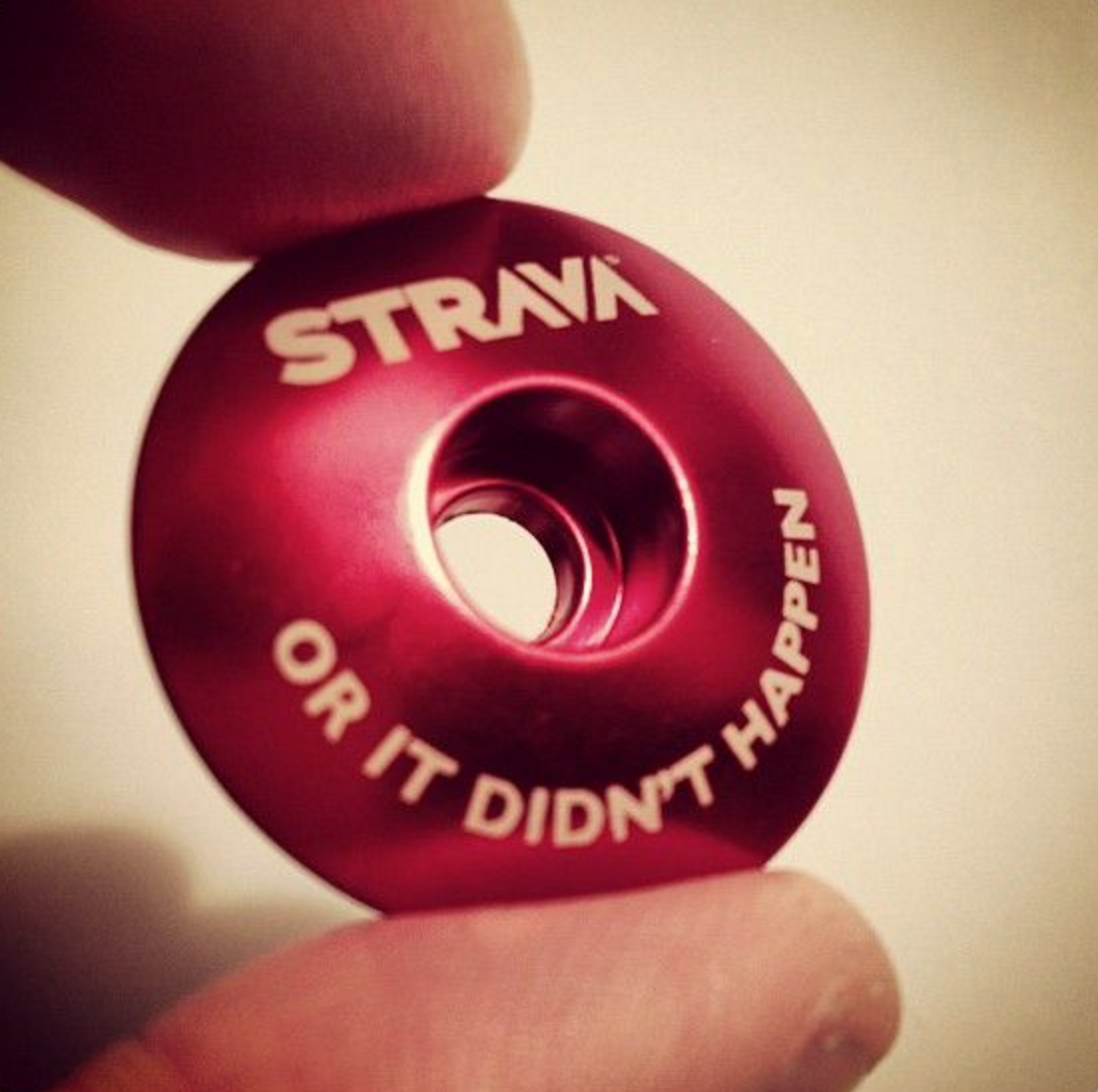 Dear readers, let us take a break from the almighty Tour for a few minutes. I am the least qualified Velominatus to introduce an open letter concerning Strava as I’m too shame-based to post my rides to Strava. I have a Garmin on the bike for no particular reason, ok, maybe to occasionally see how fast I’m descending or to know the grade of the climb I’m presently suffering on. At some point it will ask me what should it do with all these weak-ass rides taking up Garmin memory. Oye.

@Artie has authored this open letter (our first?) and like the Rules themselves, @Artie is just trying to improve our cycling experience in this digital world. Thanks @Artie

Dear Keepers of the Cog and Curators of the Rules,

The Tour de France this year has had a few memorable moments. Cavendish moving behind only Merkx in Stage victories, Froome’s new descending style, and of course the bike-less sprint up Ventoux come to mind. But there has also been a subtler addition to my viewing this year. More and more cyclists in the peloton have been sharing their ride data on Strava. For example, scrolling down my Strava feed after a late afternoon ride, I now notice Greg Henderson’s data, and see that yesterday he was in fact descending like a madman, just as Rule #85 and Rule #93 implore him to do. This supplement to my Tour Digest bridges to a theme my friends and I have often discussed and I thought it time to share our thoughts.

Our over-connected world has reached a point, where the dubitability of any cycling accomplishment has become (almost) strictly correlated with that said accomplishment appearing on Strava. Did you climb Sa Calobra during an early spring training camp? Did you reach the summit of Galibier before your best friend? Did your race up Alpe d’Huez with such a murderous intent that locals began to talk about the ghost of Pantani that appeared one late August afternoon? Perhaps… but without a Strava log to prove it, who knows! But, it is not the virtues or vices of using Strava that I wish to comment on; many people use it and some don’t. Instead it is a much more mundane aspect of the app that has been the subject to our diliberations, i.e. the naming of our tours.

The default name Strava gives each activity are more than boring; “Morning Ride,” “Afternoon Ride,” or “Evening Ride.” “Morning Ride” sounds like a Monday morning commute to work. “Afternoon ride” is what I do with my girlfriend, when she wants to go on a picnic in the park across town. “Evening ride” is an excursion with my Holland Bike to the bar down the street and to the left. The blandness of these names do absolutely no justice to a properly ridden tour. If you keep your bike perfectly matched, kit in shape, and tan lines razor sharp, is putting at least a little creativity into your digital cycling life too much to ask?

I say that a proper tour deserves a proper name, and a proper name should – like all things – be casually deliberate. A quick comment about the ride would be a basic but satisfactory name, e.g. “Hard push up to Chamonix”. If you are racing, the name of the event would be fine; “Paris-Roubaix” is far superior to the default.  A more sophisticated name would be that of the song you started to whistle while pushing through the most difficult bits of a climb. Such a title has a lasting effect. Each time those you rode with heard the song, they would be reminded of the pressure their legs felt as you climbed, and doubt would be further seeded into the moral.

I wish to avoid a long digression into the art of naming, although the horizon is large and well worth exploring. But, I do wish to assert that a cyclist who has gone digital should maintain his digital cycling life as he does his real life. Calling an afternoon conquering cobbles on your way back to Liege “Afternoon Ride” is a digital dirty chain; it is unacceptable, but luckily easy to fix.