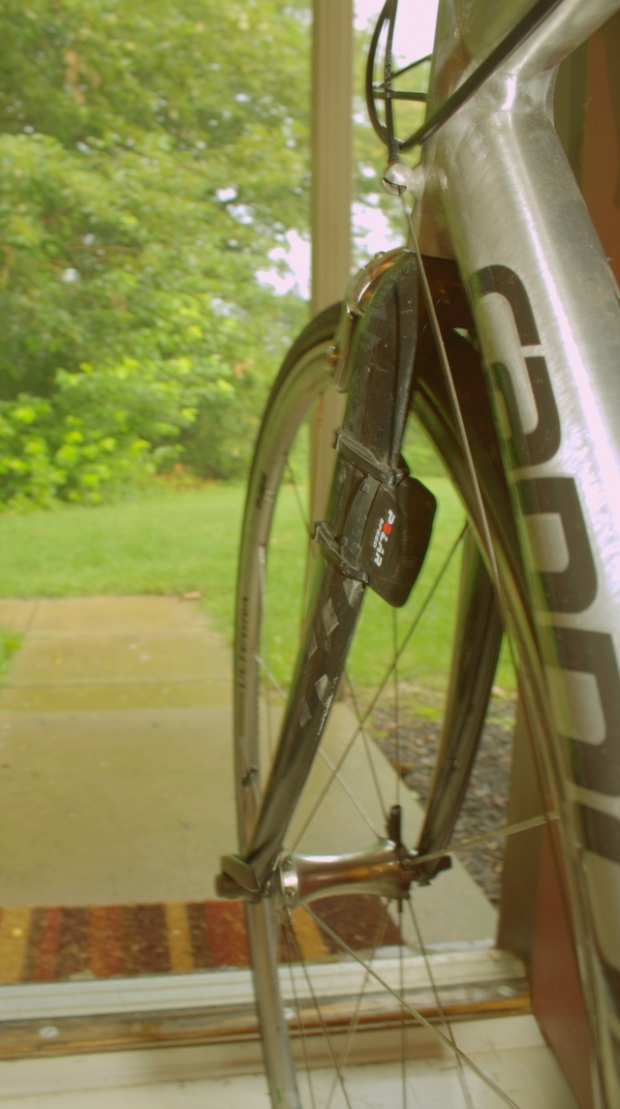 Guest Article: Me, My Bike, and Irene

This week Velominati is publishing a selection of guest contributions.

It shouldn’t be fun but it is, until it’s not. I’m talking Rule #9 here and @King Clydesdale brings us a perfect example of why a Rule should be a Rule and why the proof is in the riding.

Sometimes being a meteorologist is a tough job. This week has been no exception. Hurricane Irene has done plenty of damage to the East Coast of the US, overloading my overnight weekend shift with plenty of work. Phones were off the hook, forms had to be sent, tracks had to be adjusted, and on and on. It was stressful to say the least. I could bitch about work, but I’m sure you all don’t give a shit. Before I move on, let me say this: The next time you watch a meteorologist and think, “That fucking idiot gets paid to be wrong half the time,” I guarantee you my forecast error is less than the broker dealing with your 401K. And you didn’t give me your money.

Anyway, I was inspired last night by some news coverage of some lucky bastards, most likely wasted, playing street hockey and using the rain-filled streets of NYC as slip and slides.  It looked like a hell of a good time. I thought to myself, “that’s badass.” And in a moment of divine clarity, Rule #9 came into my head. I asked myself when was the last time I did anything rebellious, ill-advised, or deviant? I knew what to do. I went home, checked more weather stuff (I never really stop working), changed, and went for a ride.

I have never been for a ride in steady rain before. It hasn’t rained a lot since I’ve started cycling again this summer and I’ve chosen to stay indoors in the past on days like today. And despite all the recent appreciation I’ve gained for the sport and the love of all things cycling, the main reason I have been riding is to lose weight and get in shape, not punish myself. And here in Central Pennsylvania, the threat of getting wet usually comes in the form of thunderstorms. While riding through a thunderstorm may be really badass, I would prefer not to have the ironic death of “meteorologist killed by lightning” if I can avoid it. But there was no lightning with this rain shield from Irene, so I left the apartment for a new experience.

It was magic. I felt more like a real cyclist then I have in a while. The rain was pelting my face. My shoes weighed a ton. The wind gusts fought me as if the wind was trying to punch me. I loved it. At first it was like a rush, I felt like a “hardman.” The Sunday church traffic looked at me like I was crazy. I didn’t see a single cyclist other than myself. I was soaking wet, and for once it wasn’t all sweat. I understood Rule #9. The only way to experience that Rule is to live it.

Slowly however, my ride turned into more of a zen experience. Climbing out of the saddle to attack a roller felt natural. My stroke felt more magnificent. Keeping a pace below the red zone just felt more automatic. I didn’t have to think about anything. And yet at the same time I was focused. It was beautiful. It was natural. It was perfect. That is how pro cyclists must feel when they are in the zone.

I know I break plenty of rules. Being fresh out of college, with plenty of bills, and a starting salary much less then anyone who learned the amount of shit I learned in school should be paid, I just can’t afford to abide by some. Others require breaking old habits. Some rules are just like food you used to dislike. One day you try it, and you realize you might have liked it for a while now, but you have been too stubborn to try it again. For me, Rule #9 was one of those last instances. I didn’t know what I was missing.

But from now on, I will never be afraid to roll out in the rain. It would be an opportunity lost to appreciate the beautiful art that is my sport.