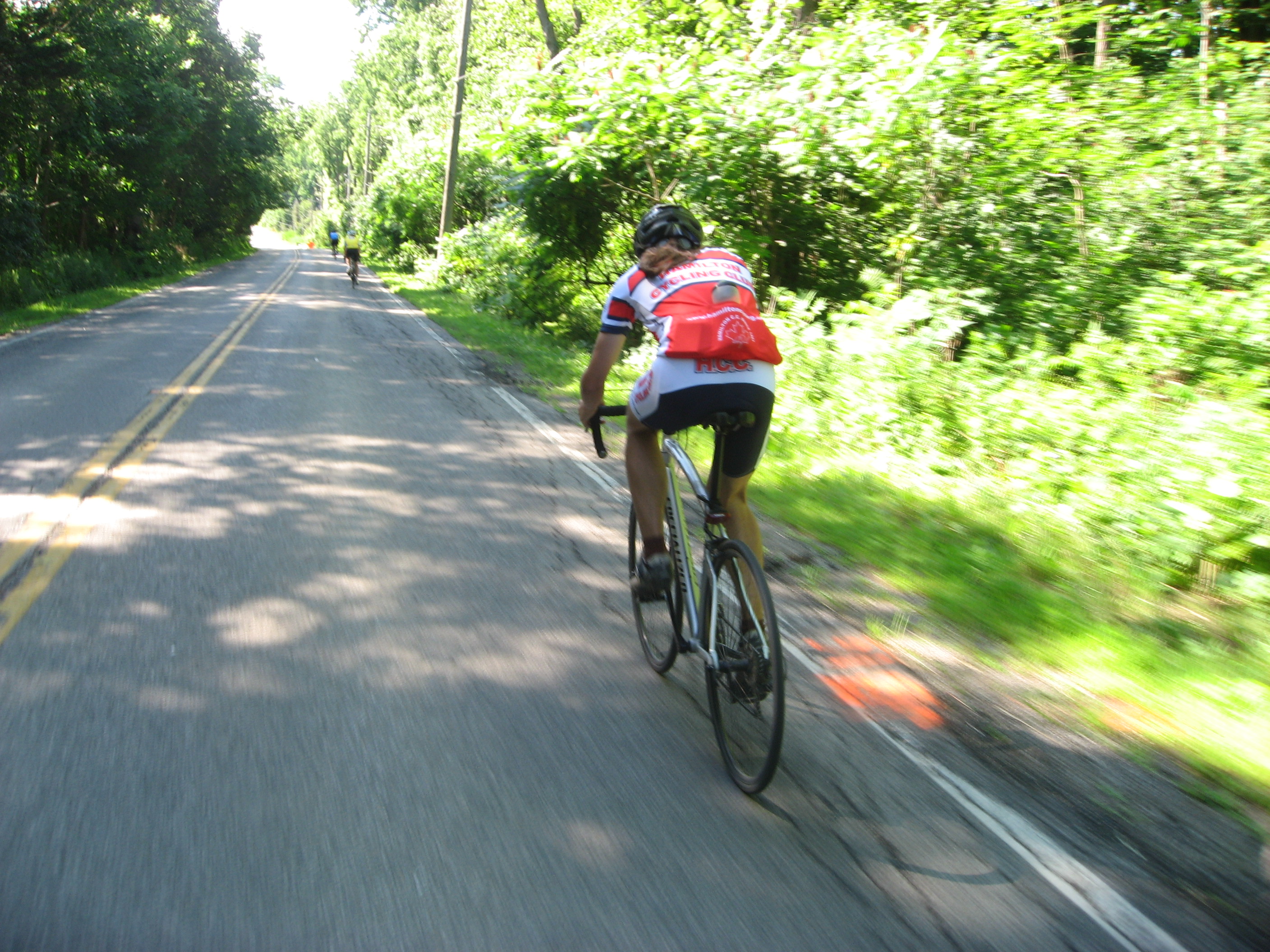 If @steampunk can’t take much credit here I guess we can’t take any. We can take pleasure is seeing someone’s kid hauling ass on a bike, a Velominatus spawn, even better. We all came to cycling by different paths, seemingly few by our parents. It is impossible to outguess one’s children; they are clever little bastards. Hoping to get them interested in cycling one rides a fine line between possible acceptance and absolute rejection. Steamy seems to ridden that line rather well.

Your in Cycling, Gianni

I have some vested interest in youth, not least because mine is an ever-shrinking blip on my (non-existent) helmet mirror. La Vie Vélo tempts me into believing that I can resist the march of time even as that blip recedes even further. But I offer up the image above as proof of my investment in youth. This is my son: his room is untidy, his grades could be better, but he can ride. Il est le fils grimpeur. 60kg, 178cm, too much hair, and always at ease on the bike. I recall a light mountain bike ride with him and his sister, four or five years ago. His sister had a Schleckanical on a hill. After helping with the chain, I told her I would go ahead and get her brother to wait at the top of the climb. I raced off to catch him. After 30-40 seconds of hard effort, I realized that I wasn’t gaining on him. That was the first sign. He spent several years carving up the single track with the LBS’s Thursday night ride. Neighbours on the ride would drop by and ask me to keep him home: he was embarrassing them. A year after his sixteenth birthday, he still showed no interest in getting his drivers’ license. He had a bike, he reasoned. Who was I to disagree?

What I’m getting at is at the very heart of my reading of the ethos Velominatus. You can call it an “Anatomy of a Photo,” but I think this is also “Rule Irreverence.” I love the humour and the sage advice rolled into one within the Rules. I adhere to more of them than I break. And I break those few knowingly and/or impishly (I’m looking at you, Rule #50″”clearly conceived by some mannish-boy who couldn’t grow facial hair). But study them a little more carefully and their collective wisdom starts to fade. Rule #91 can be flat out dangerous. Rule #12 never works in whole numbers (I’m currently hovering around s-0.1). I won’t judge a rider by the colour of his/her bar tape or Rule #33 compliance. If you are on a bike and can demonstrate a little Rule #43, we can get along. But allow me to cogitate on Rule #11. Family comes first. It just does. A happy family frees the legs and the mind to ride better. Much like fitness, this requires time, work, and effort. Riding is not an escape from responsibilities. To me, it is a privilege, or a reward for having successfully navigated family tempests into safe harbours. And if you’re very lucky, a rejection of Rule #11 can serve to cultivate your own train. Our youngest, only six, has been riding on two wheels since she was three, and she can hammer. I see a 24-inch wheel Argon 18 in her near future. The whole family goes to school and work by bike. The marriage of family and bikes””and family on bikes””provides me not just with the pleasure I derive from riding, but also the pleasure of sharing this passion.

The picture above is Exhibit A in my case against Rule #11. This spring, le fils grimpeur bought himself a road bike. Basic stuff: a Specialized Secteur with a Tiagra group-san. His money, not mine. His decision, not at my behest. A deal presented itself and he jumped on it. And started pedaling. It’s a fine starting point. There’s that magical moment when the eyes light up and you realize just how fast and how far you can go. I saw that in him after his first few rides, but I also realized that Steampunk Jr. would be encroaching on my tarmac turf. As the Tour climbed the Tourmalet and finished at Hautacam, my son joined me on the weekly group ride out of our local café. The ride is moderate with some climbing. He sat in, but the pace didn’t faze him. I suspect the only reason he didn’t take to the front was out of respect for his elders and being new to the group. Among other qualities that extend well beyond the bicycle, he is kind, unassuming (to a fault), and respectful. On the climbs, he was always with the front group””barely winded as we crested the hills. And living in the big ring.

I’ve not coached or coaxed him bikewards. In teaching and in parenting, I’ve always been drawn to the Zen koan: “Someone showed it to me, but I found it by myself.” Here, too, with his interest in the bike: his discovery. The father cannot be the sensei. The Luke/Darth relationship was always awkward. But I’d like to think my rejection of Rule #11 had something to do with offering up la Vie Vélo as an appealing burden to my progeny. He rides for himself, not to impress his father. No adolescent rebellion has led him to reject the bicycle as the quintessential feature of Steampunkian patriarchy. He’s not an aspiring Velominatus, he doesn’t follow bike racing, his machine can be a mess, but he’ll learn. And he’s only getting stronger. Feel free to chastise him if you can find the breath while trying to hold his wheel. You’ll not find me in the annals of good parenting, and I don’t take any especial credit for any of this, but I must have done something right.

So, this: He’s only seventeen. He’s the gentlest young man in the world. He doesn’t race. But he can rip your legs off.