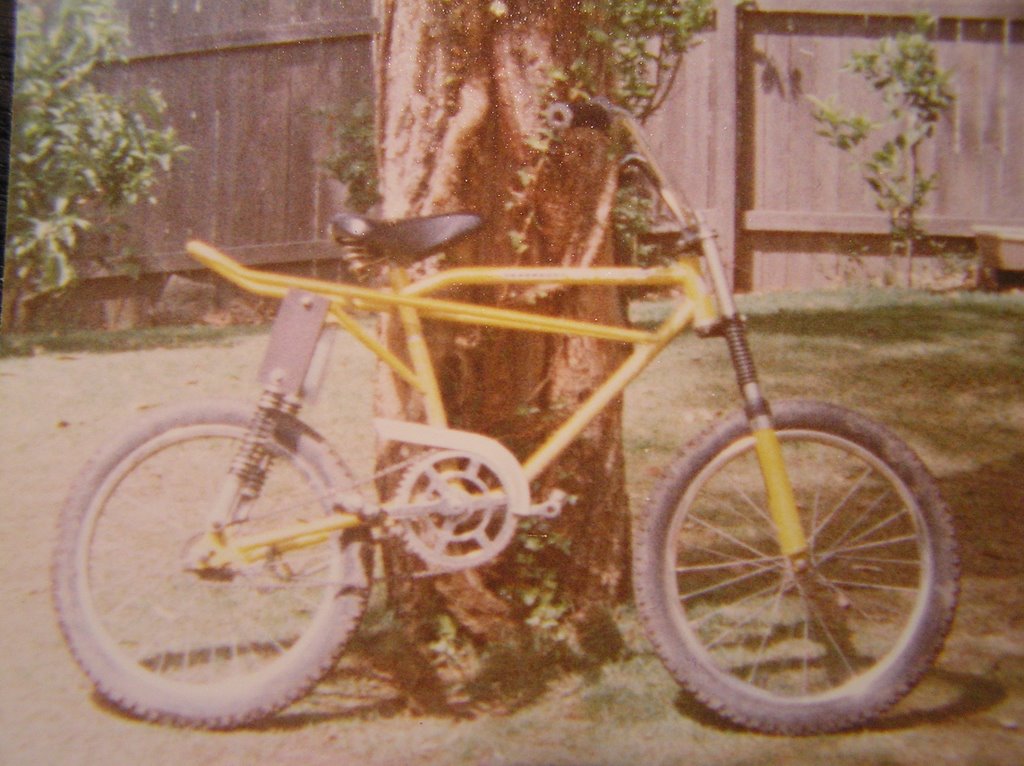 Joe Kid on a Moto-Bike

Never forget your roots, they say… OK, I’m a child of the 70’s, and back then bicycles were as big a part of my life as they are today. We’d always be out riding, building tracks and jumps, and tinkering with our Dragsters, stripping them down to emulate our motocross heroes, with varying results.

All these memories came flooding back on the weekend when I watched Joe Kid on a Stingray, a documentary on the history of BMX. What a great film. It was like looking into my own childhood. The bikes, the riders, the bad hair, it was my life right there on the big screen. Even if you weren’t around in the 70s, or have never ridden a BMX bike, this film is really worth checking out. No hi-tech equipment, no extreme attitudes, just kids riding their bikes and having a blast. Exactly how it should be.

And it seems those guys in the movie weren’t the only ones guilty of shocking 70s fashion crimes, and here’s the awful proof. 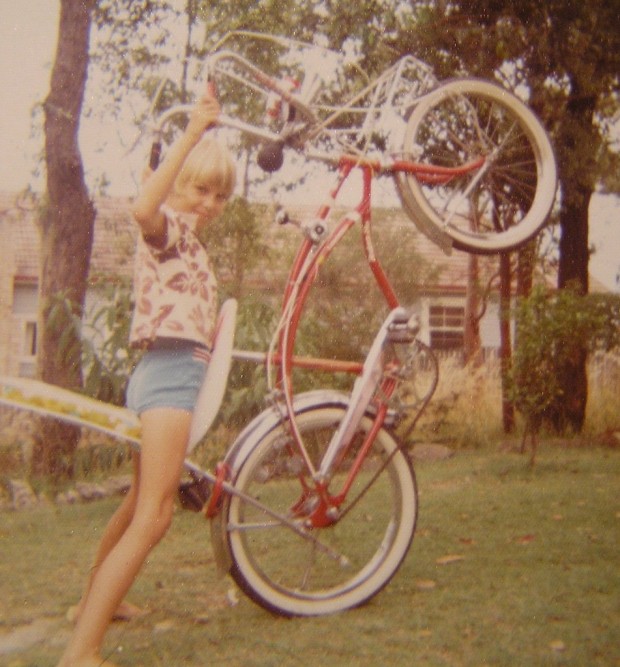 Actually, I think I’m lookin’ pretty damn sharp there. Check out those oh-so-tight shorts, matched beautifully with the white and brown floral motif shirt, complemented by the floral motif sissy-bar pad. Look how much bling is adorning my ride though… chrome fenders and chainguard, triple-barrel air horn, 3-speed stick-shift, twin headlights (dunno why I needed those, would never have been riding at night!), chrome front rack, whitewall tyres and white brake and gear cable housing. At one stage I was flying a Jolly Roger flag on the back, too! Then it all got stripped down to nothing, re-sprayed, and thrashed till it died.

Then in about 74 or 75, along came the Yamaha MotoBike. Pimpin, bitchin, stylin! But still I’d tinker with it. I was trying to extract more travel from the twin shocks at the rear by crudely adding those aluminium struts between the top shock mounts and the frame. I think they were probably from some window frames or something, as my dad was in that game at the time. How I never died riding it in that configuration I’ll never know.  The fork ‘boots’ were some old plastic piping I found up at the old dump where we used to ride, and I mustn’t have had enough to make two the right length, judging by the pic. The shock struts weren’t on there for long, as I probably realised that they weren’t adding any travel, only increasing the chances of my premature death. Either that or I couldn’t climb aboard the bloody thing without a ladder.

My mate Scotty had one of these bikes as well, and bought another a few years back apparently, which is sitting rusting in his garage today. He proferred this information via email:

Yammys came out 74-76. I had a type A, standard seat, forged lower front forks, yellow. Type B had banana seat, silver looking fork lowers and a crank with 3 spider arms. Type C had banana seat and one piece bmx style cranks. I have a rusty 1975ish MotoBike in the shed, not my original bike picked it up a few years ago. Not totally original, but what is 30 years on? I thought you’d appreciate that piece of crappy trivia…”