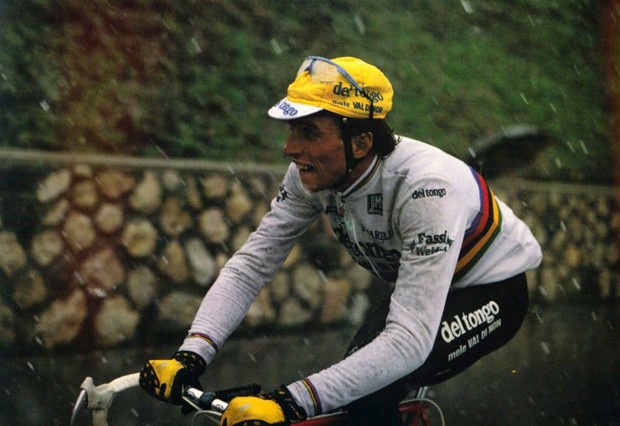 I appreciate my helmet. I treat it with respect. I never leave for a ride without it. I replace it after a crash or even after helplessly watching it bound down the stairwell like some kind of deformed styrofoam slinky-dink after allowing it to slip from my grasp. (This activity also typically involves some assertions questioning what it does in its spare time, its origins of birth, and things of that nature.) Community member @chaz also recently suggested that, in accordance with motorcycle tradition, we ceremoniously cut the strap on the helmet and hang it in the VVorkshop in deference to the purpose it served us.

Suffice to say, I’m grateful for the advances technology offers us when it comes to protective headgear, because staying alive is in alignment with my strategy. But progress is the slayer of ritual and tradition, and I can’t help but look back longingly to the days when helmets were rarely worn and if they were, they consisted of thin strips of leather that, assuming it stayed on, would do little more than keep your cranium from coming apart after cracking it to bits on a cobblestone or some such object.

The hairnet was the coolest cranial accouterment ever designed, with the insulated cycling cap that fit over it being a close second. The cycling cap on its own was, of course, also a class piece of kit to be worn forwards, sideways, or backwards – made cooler only by perching a set of cycling-specific shades on top of it. A helmetless head saw hair slicked back by the wind as a byproduct of the V as riders raised their arms in triumph over the finish line. The bare noggin on the high mountain passes was a beacon of Purified Awesome, allowing us to see in all their glory the suffering faces of the riders as they moved sur la plaque over the summit.

Take a moment, fellow Velominati, to honor the Useless Headgear of our past.

175 Replies to “In Memoriam: Unsafe Headgear”