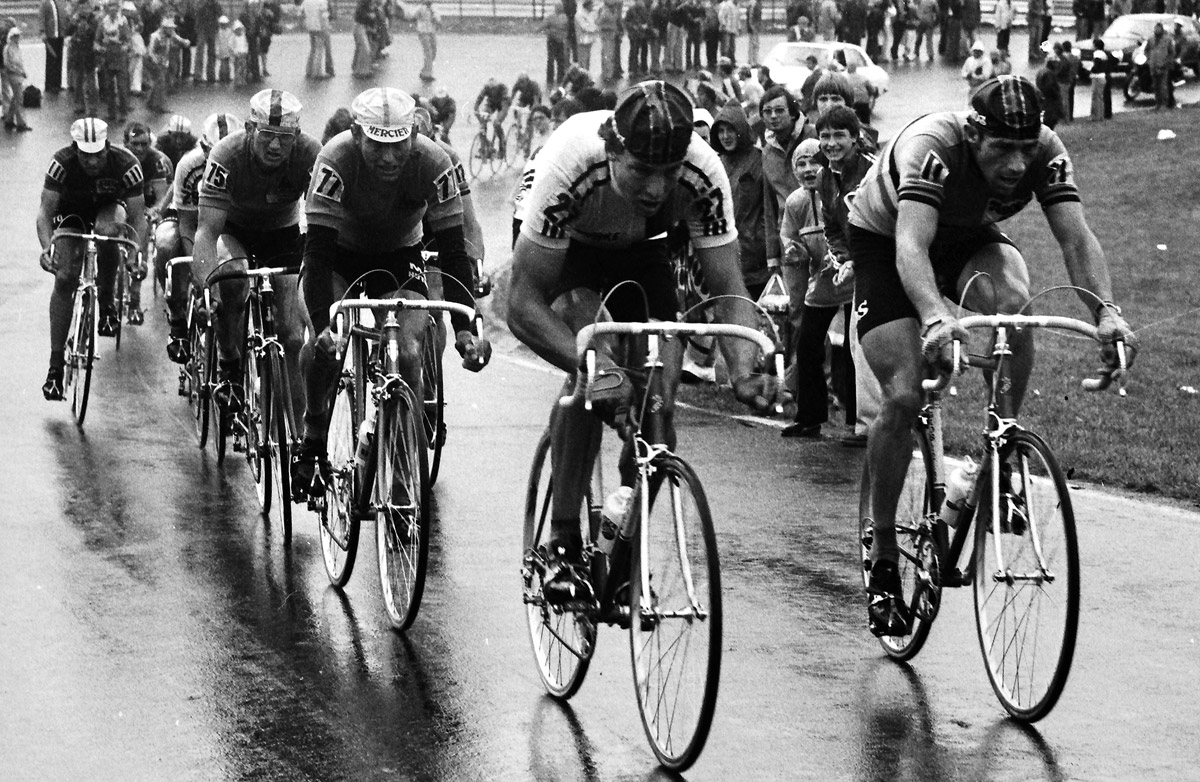 Son of a Gun

I have gone off before about choosing your parents wisely. I wish I had been paying more attention as a youth when those options were discussed.

When I saw Bjorn Thurau in the break in Amstel Gold I thought, damn, that kid is tall, he is like mini-Phinney. He is in more ways that one; his dad is Dietrich “Didi” Thurau. This is another kid who has chosen his parents well, certainly his dad. Didi Thurau was the golden boy from Germany on the mighty TI-Raleigh juggernaught of the 1970s.

Both the professional men’s and women’s squads have riders with famous parents. Roxanne Knetemann, I assume of noble birth. There are a few Van der Poels, a Roche, a Van Hooydonk, a Battaglin (?) and from the US, besides the mini-Phinney, Peter Stetina. It makes perfect sense, many kids go into the the family business. And probably no better or no worse than other parents encouraging a child to do what they did. Son, you could do worse than accounting…thanks, Da.

Lord knows being Axel Merckx can’t have been a lot of fun. He had a solid professional career but it would have been impossible to ride out from under that huge shadow no matter how good he was. Mini-Phinney, with his super-hybrid genes, should be out-riding everyone in a road race then adding another 100 meters with a terrific solo sprint. That is, if genes were everything. Sean Kelly may have had some genetically endowed fast-twitch legs but it was the single minded willingness to sacrifice all parts of a comfortable normal life to be a serious professional cyclist. Was that handed down or just there, waiting to blossom?

I’ve got no answers, as usual, but as much as I would love to have ass kicking genes, I don’t, but I can’t let that deter me from always enjoying riding, training and suffering. That’s what any cyclist does, it doesn’t get easier, some just go faster.