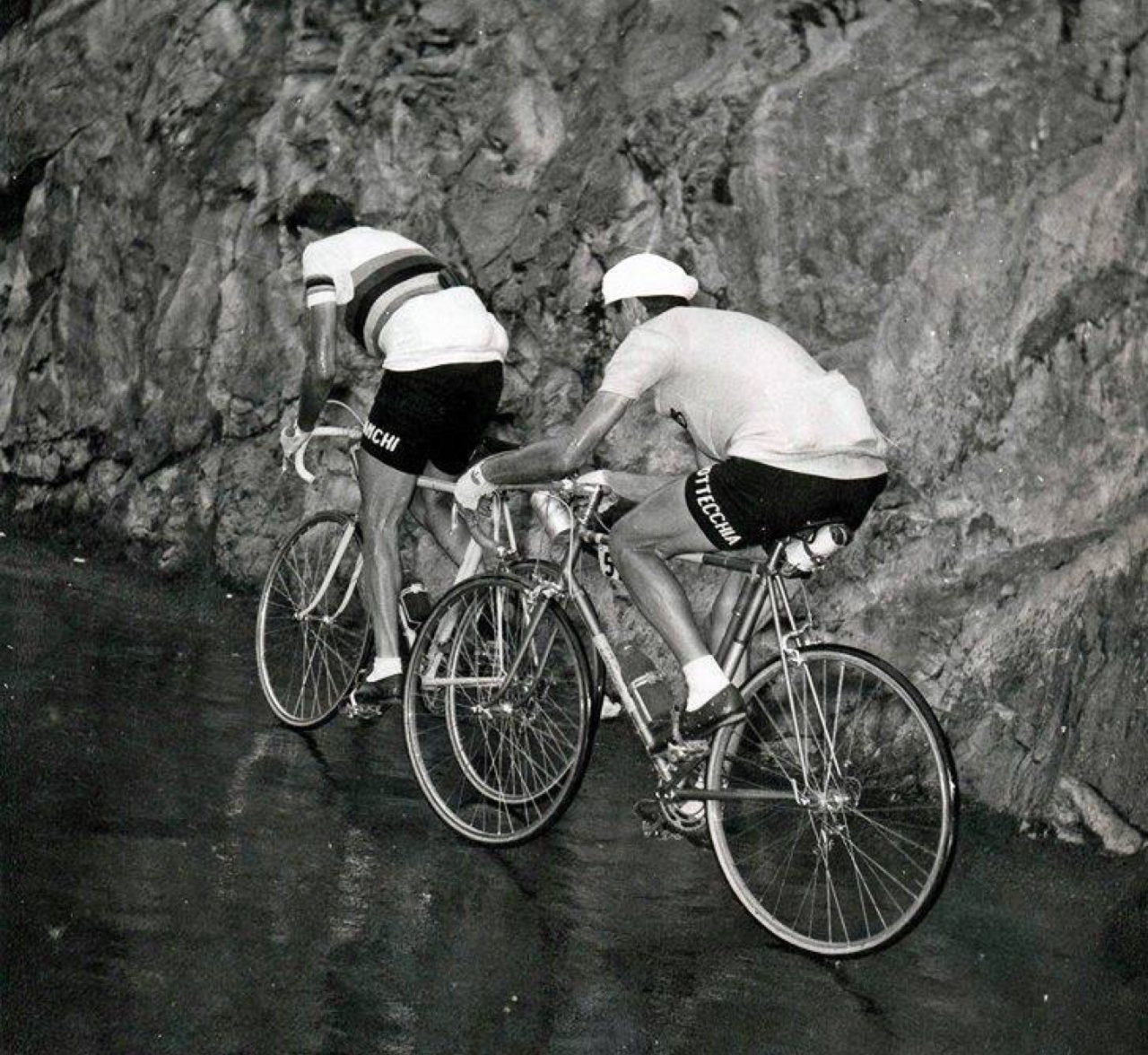 I like to think that any time a rider running a compact punctures, Henri’s spirit is brought just that little bit closer to finding peace; I can only imagine what he might have said about the advent of these sorts of chainsets, let alone the wide-range cassettes we see in wide use today.

The thing that bothers me most about wide-range cassettes is the gaps between the gears. Growing up riding in Minnesota, I trained on a 12-23 and raced on an 12-21 because they were basically a straight block until you got to the lowest gears. Going to the mountains I would reluctantly use a 12-27 but I had to stop myself looking at the back wheel too much because I hated the sight of that 27t dinner plate. I’ve gotten used to what my bikes look like with the 12-25 I’m training on these days, but there are definitely times when I simply can’t find the right gear ratio for the terrain.

Growing up, I was considered a spinner for riding at 80-90 rpm; the thinking at the time was that mashing big gears at low cadences was more efficient. We are greatly influenced by what the Pros are doing, and the famous Cyclists at the time like Hinault and LeMond rode at 60 rpm, so that’s what we punters did, too. Today, I’m still riding at the same cadence, but now people consider me to be a bit of a gear pusher in our modern 100+ rpm climate. I like to flatter myself that the size of my climbing gear intimidates the spinners I ride with; my favorite question to ask them is why they are riding in the little ring already. I usually already know the answer (they are sissies) but I like to ask anyway because I enjoy their slightly bewildered expression before looking at my chainset and realizing that I’m still in the 53. I always give them that special look that makes them wonder whether or not I have noticed that the climb is steep already.

Before spinning high cadences became popular and, shortly after, the abominable 11-28 block became the mainstream choice in gearing, climbers would seek to intimidate one another by how tight they could keep their gearing and how few teeth they needed to use to get over a climb. Climbers like Manuel Fuentes would make sure to always ride in a slightly bigger gear than the rest of the group as a show of defiance to the ferocity of the gradient. In The Rider, Tim Krabbé recounts his suffering on the climbs of the Tour de Mont Aigoual in the South of France. His lowest gear was a 19, one which he considered his “bail out” gear. He was confident he could win the race, and throughout he imagines the onlookers admiring the fact that his 19 never saw the chain, “And his 19 was clean as a whistle,” he imagined them saying.

I personally can’t imagine climbing anything steeper than an overpass in a 19, but I do like to challenge myself to stay off my 39 and ride an entire training route in the 53. And his 39 was clean as a whistle.