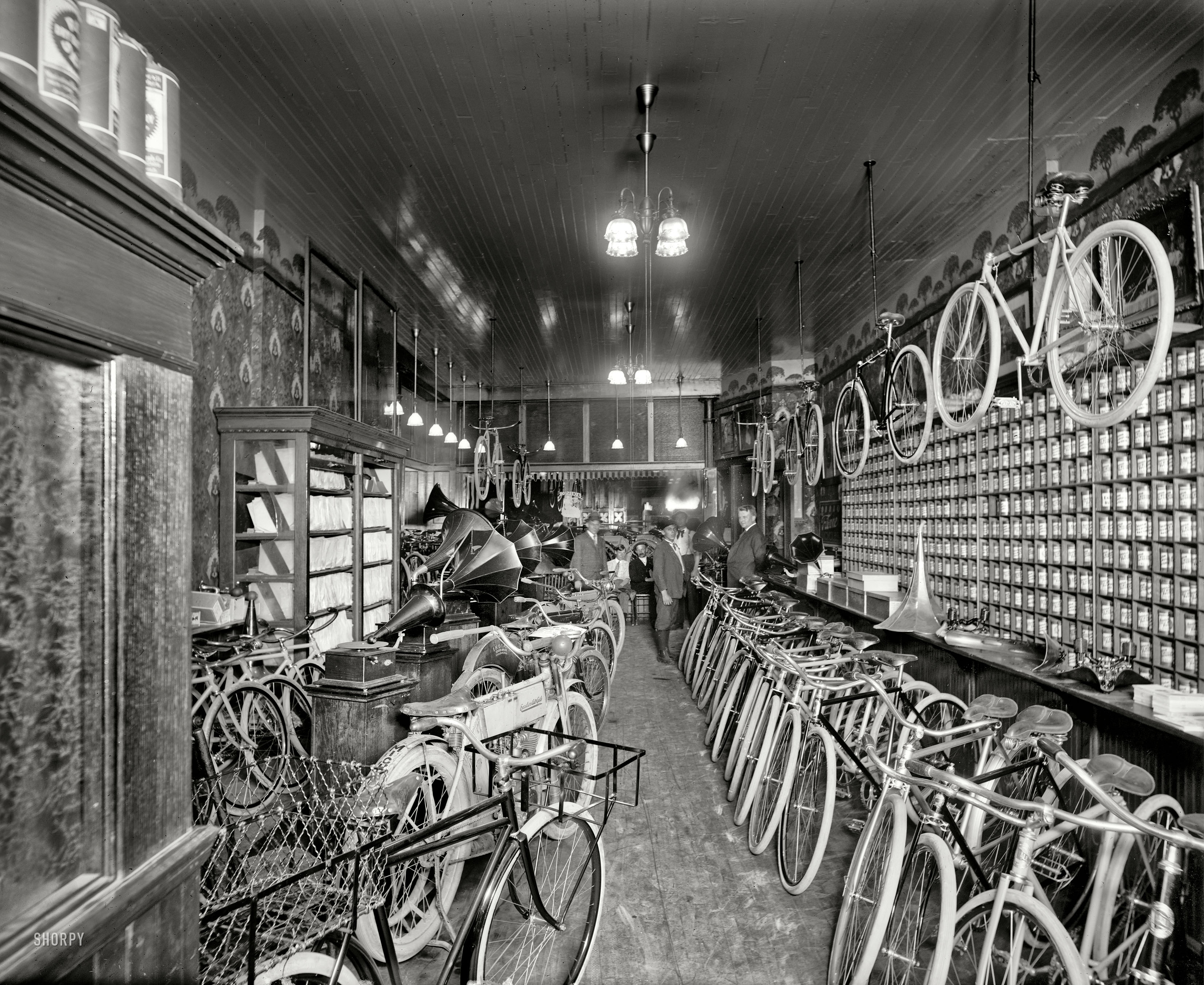 In Memoriam: The LBS

There was a time when I held down ‘real jobs’. Jobs with (a little) stress, with (some) responsibility, but without soul. And while dealing with the great unwashed never held much appeal, I always envied the guys who worked at my preferred LBS. They seemingly had it all–an endless supply of cheap bikes and parts, hanging out and shooting the breeze with other riders, and getting the heads-up on the latest and greatest developments and industry gossip. It was the epitome of the dream job for a bike rider.

They weren’t just the guys who fixed my bikes and sold me parts at mates’ rates; they also became my friends outside of the shop environment. We’d go to the pub, to parties, and to see bands. We had more in common than the obvious bike factor.

One of the guys had started out as a shop rat straight out of school, then eventually branched out and started his own shop with another riding mate. While I was spending my nights getting trashed and playing in a punk band, my empty daytime would be spent sitting around in the workshop, swapping tales from the road and picking up some tips from the mechanics on how to tweak my bikes. When anyone was sick or had to go away for some reason or another, I’d be asked to fill in. It was almost a real job, but one that was just as much fun as jumping around on stage at night.

With business starting to boom, necessitating a move to larger premises, I was offered a full-time position. Of course I took the opportunity. After all, I was always spending my paltry band earnings on bike bits anyway. The more successful the shop became, the more time the boss would spend away from it, buying expensive clothes, driving his fast car and chasing even faster women. His business partner must have seen the writing on the wall, and promptly sold his share.

The brother of the now sole owner was recruited to look after the financial side of things, while me and the mechanic looked after the sales and service sides. Now, the brother, being an ex-used car salesman, had the gift of the gab. But he didn’t know a lot about bikes, and not much more about business as it turned out. Most mornings he’d turn up to work looking dishevelled, reeking of cigarettes and booze, complaining of another hangover. He’d gruffly send one of the BMX groms, who hung out in the workshop, down to the takeaway to get him a bacon and egg roll and a Coke.  “Make sure the egg’s not runny,” he’d always bark at them. When the roll would inevitably contain a less-than-firm egg, the groms would hastily make their exit under a hail of abuse. One of the part-timers would gladly retrieve the discarded mess from the bin and scoff it down. The mechanic and I would get much entertainment from this.

By early afternoon, the hangover would be too much for him (and us) to endure, and the lure of the pub and its poker machines would be even greater to resist. We’d offer our helpful advice, encouraging him to take a few bucks from the till and go and enjoy the afternoon. His arm was easy to twist. We’d then be free to get the repairs done, play some music we actually liked and ride the scooters around on the concrete floor, honing our tricks and seeing who could wheelie the furthest and do the longest skids.

Thursdays were late trading nights, and usually they were pretty quiet, especially in winter. Left to our own devices, we’d invite mates and girlfriends around, grab a 6-pack or two, and have a little party before hitting the pub after we shut. The empty bottles littering the workshop combined with the aggressive music blaring probably scared any customers that ventured in, but we were usually too baked to notice, or care.

Meanwhile, the boss’s car was becoming way more pimped, his hair was falling out due to constant trips to the salon (and from the stress of his failing business, no doubt), and suppliers were reluctant to supply because they weren’t getting paid. We still were, but increasingly in cash, which was likely so they could avoid paying tax on our wages.

Not surprisingly, the shop went under only a few years after its inception, with the brothers returning to the used car game, never to be seen again in the bike industry. But looking back at those memories, I know that they were some of the best years of my working life, even if it was obvious our days were numbered and we’d soon be looking for alternative employment.

Today, the LBS is a dying breed, and only when it’s finally extinct will we realise that we helped kill something very special. I hope it doesn’t come to that, because the best memories aren’t going to come from hitting ‘Add To Cart’.