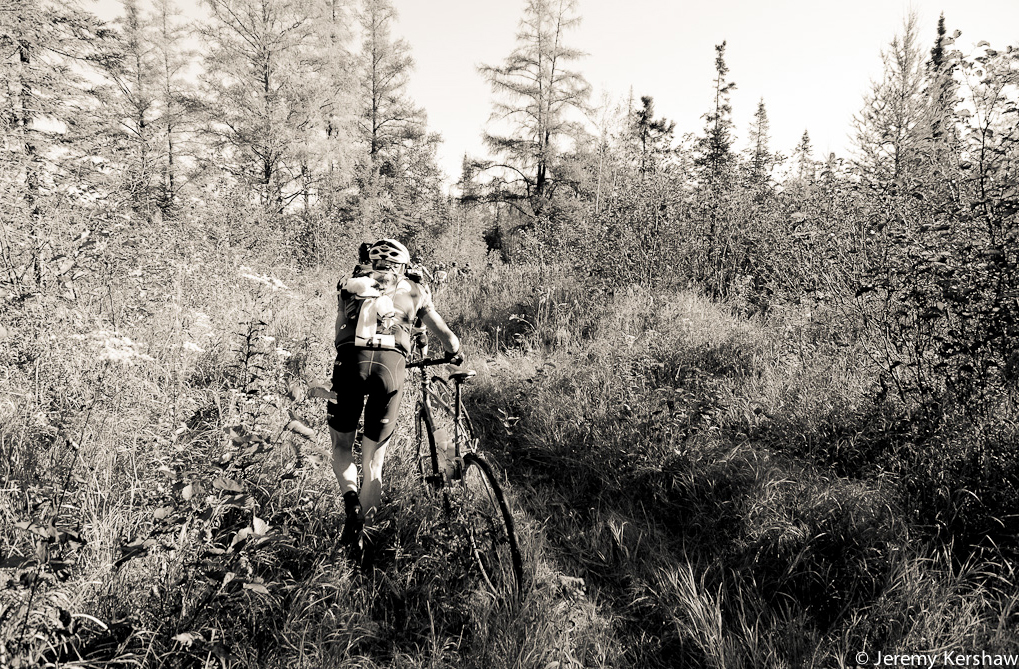 Guest Article: Zen and Getting Your Ass Beat

This is the kind of guest article I love. It is also the first proper report of the 2014 Heck to reach the Velominati bunker. The V was strong at the 2014 Heck with Velominati flying across the Atlantic from Scotland and old school road trips from the East coast. This is the reason this site exists. We all like to get in over our heads and barely survive the day. Upon beery recuperation the excellence of the day can be seen, N+1 considered anew and one’s love of cycling has expanded. You could be lighter, you could be fitter but screw it, you have an almost proper bike and suffering with your fellow cyclist is the best. Thanks to @PeakinTwoYears for the tale, may you slay all in 2015.

This year was my intro to gravel riding. I got sucked in I mean interested because racing the Heck of the North (video teaser) in Minnesota of all places with Velominati sounded like a gas and an excuse I mean reason to acquire a gravel bike for riding logging roads in the foothills of the Olympic Mountains of Washington state, near my home.

Have I mentioned to any of you in person, this year, what a fabulous year it was for coastal kayaking on the Salish Sea and the Strait of Juan de Fuca and in the Discovery Islands of British Columbia? That I paddled with a curious and personable whale?

Then suddenly came October, and I was flying to Minneapolis with @G’rilla. @G’rilla was looking fit. I took his measure with discreet sidelong glances at the gate at Sea-Tac and burped up stomach gasses from a buttery scone.

I knew I had a tough day coming.

A certain teacher of Buddhist practice said that two things are really important to do: 1) show up, 2) take the consequences. Allow me to illustrate: first, if you’re going to the Heck, you should go with a clear intention to be really present to the Heckness of the Heck, however that might manifest itself. Second, if you did Sweet Fuck-All by way of training for the Heck, you should take responsibility for your choices, pack your fat gut into your big-boy bibs, and get on with the suffering in a spirit of grateful acceptance.

On the warm-up or shake-down ride the day before the race, @G’rilla, @Marko, and @The Engine dropped me on the climb up from the shore of Lake Superior or Gichigami, and I was even more confident that I had a tough day coming. On race day, during the 9km controlled roll-out, again climbing gently up from the lake, I was breathing with more gusto, with more force, than I could have wished, and I was fully persuaded””utterly convinced””that I had a tough day ahead of me.

Once up on the plateau above the lake, I felt much better, and my enjoyment of the first trail section (genuine single-track, with just enough slippery wet tree roots to make it feel a bit like home) inspired a treacherous false sense of well-being. It was the only place on the course that day where I was passing more than passed. For much of the rest of the day, flogging myself through bogs that other riders kept referring to as “trails,” I missed that section grievously.

At some point, I was relieved to find that @Marko had throttled back to find other Velominati to ride with (i.e., to assist). I wound up spending a good part of the race with him, mostly on his wheel, conversing a bit while trying to maintain a pace somewhere between not annoying the hell out of him and not absenting myself from the last two hours of the race. @Marko embodies the best of La Vie Velominatus, and riding with him was by far the most enjoyable aspect of the day.

At the checkpoint two-thirds of the way through, @Roger joined us, and soon those two were off to finish the day on their own terms, leaving me to work through the straightforward karma of my spring and summer in dignified solitude. I say “dignified” because I was alone so no one could hear me whimper or moan or sigh. That is, they couldn’t have had I done any of those or similar things.

I ended the day three-fourths down the list of finishers, but I console myself with the ratio of finishers to DNFs, the latter a number unknown but, given the numbers of finishers and available starting slots, shockingly high. And the camaraderie at the pub afterward””such a pub, with two such fine IPAs, in such a small town on the shores of Gichigami of all places””was precisely proportional to the difficulty of the course and the conditions. (Did I note that it was fucking cold and windy and wet? Did I touch on the stream crossing a tenth of the way into a 170km course with sub-freezing wind chill? On how many km’s involved pushing or carrying one’s bike through water and submerged moss and mud and God knows what all was underfoot?)

But the thing””the very best thing””about this experience, was the thoroughness of the ass-whipping I took. I showed up, and I took the consequences. I suffered like a dog, all damned day, and my time sucked. I had nothing to say at the end of day other than that I’d showed up, finished, and suffered like a dog.

And the effect was a kind of rebirth.

I’ve been doing two interval sessions per week and liking it, a lot. I ordered a Veloforma frame. I’m stoked about riding like I haven’t been since nineteen eighty fucking nine. I’ve barely been in my kayak for the last three months. Next year, I’ll still be a middle-aged short fat guy, a year older. But I’ll be less slow, and I’ll be having more fun, even when I’m taking it in the fucking bibs. Because getting your ass beat, and being really present to the beating, can be a blessing and a rebirth.

66 Replies to “Guest Article: Zen and Getting Your Ass Beat”