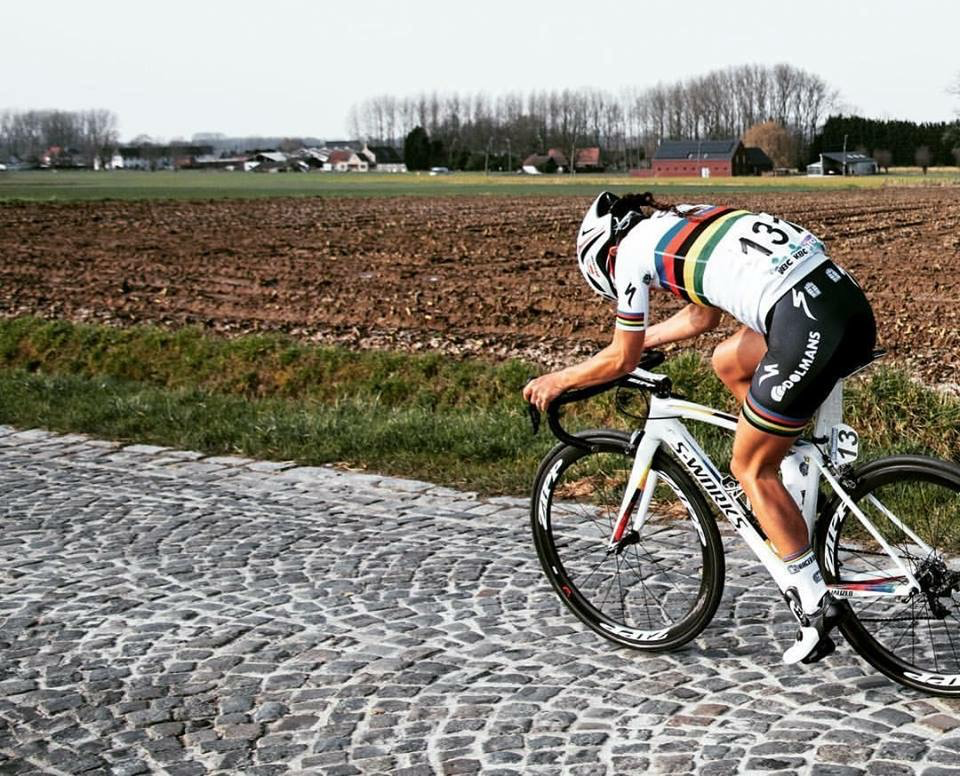 For those of you with an interest in the subtle art of Paying Attention, you may have noticed a few things about my writing technique: apart from the inescapable fact that it is untrained and terrible, I make a habit of overusing the semicolon, a practice I started when I heard my third grade teacher tell me it was a substitute for any conjunction. That might not be what she said and it is definitely not correct; that’s what I heard and it stuck. I also capitalize every word that holds a personal meaning, a habit I co-opted from German where nouns are typically capitalized; it left an impression on me in terms of valuing words with importance. I took this principle and applied it according to my own whimsy, as I am wont to do, and now capitalize every important word, like “Cycling”, “Awesome”, and “Looking Fantastic”.

On that subject, can I just say 2016 Is Getting Off On The Right Foot. Het Volk (which I refuse to call by its correct name) saw two seriously legitimate podiums, with rainbows in both the men and the women’s races. I’m still not sure if the Saganwagon is wearing Rule #33 legs, but Lizzie pulled a Cancellara and just “accidentally” dropped the bunch to win the first continental race she competed in while wearing the rainbow bands. And both World Champions are wearing black bibshorts, something they had to gain UCI approval for. I have to say, a small part of me feels like our work here is done. Then Faboo and Lizzie crushed the gravel in the Strade Bianche. Then, Paris-Nice, which is a snoozer of a race as far as I’m concerned, loaded up today’s stage up with Chalk Dust Torture roads. Ohhellsyeah.

With how much V has been pouring out of the sport so far this season, this is trending well to be a strong year. Last year for Keepers Tour, we lived a dream by riding the cobbles in the rain and mud, but were once again disappointed to witness yet another dry Paris-Roubaix. This year will be different. Statistically speaking, this lies in favor of the law of averages. The rains will fall, the roads will be slick with silt, manure and mud, and the three will be indistinguishable to the rider chewing on the rooster tail of the rider in front.

I will commit an entire paragraph to point out that Tom Boonen is the only active Paris-Roubaix podium placer to have raced Paris-Roubaix in the wet, way back in 2002. He came in third. In truth, no one can call themselves a Cobbles Specialist if they haven’t raced the cobbles in the wet. That makes Boonen the King of the Cobbles of our generation. Even more so than Kenny.

So fuck yeah cobbles and fuck yeah rain. This can’t be another dry Cobbled Classics week in April. May the rains fall as heavy as the V.

68 Replies to “This Spells Rain”