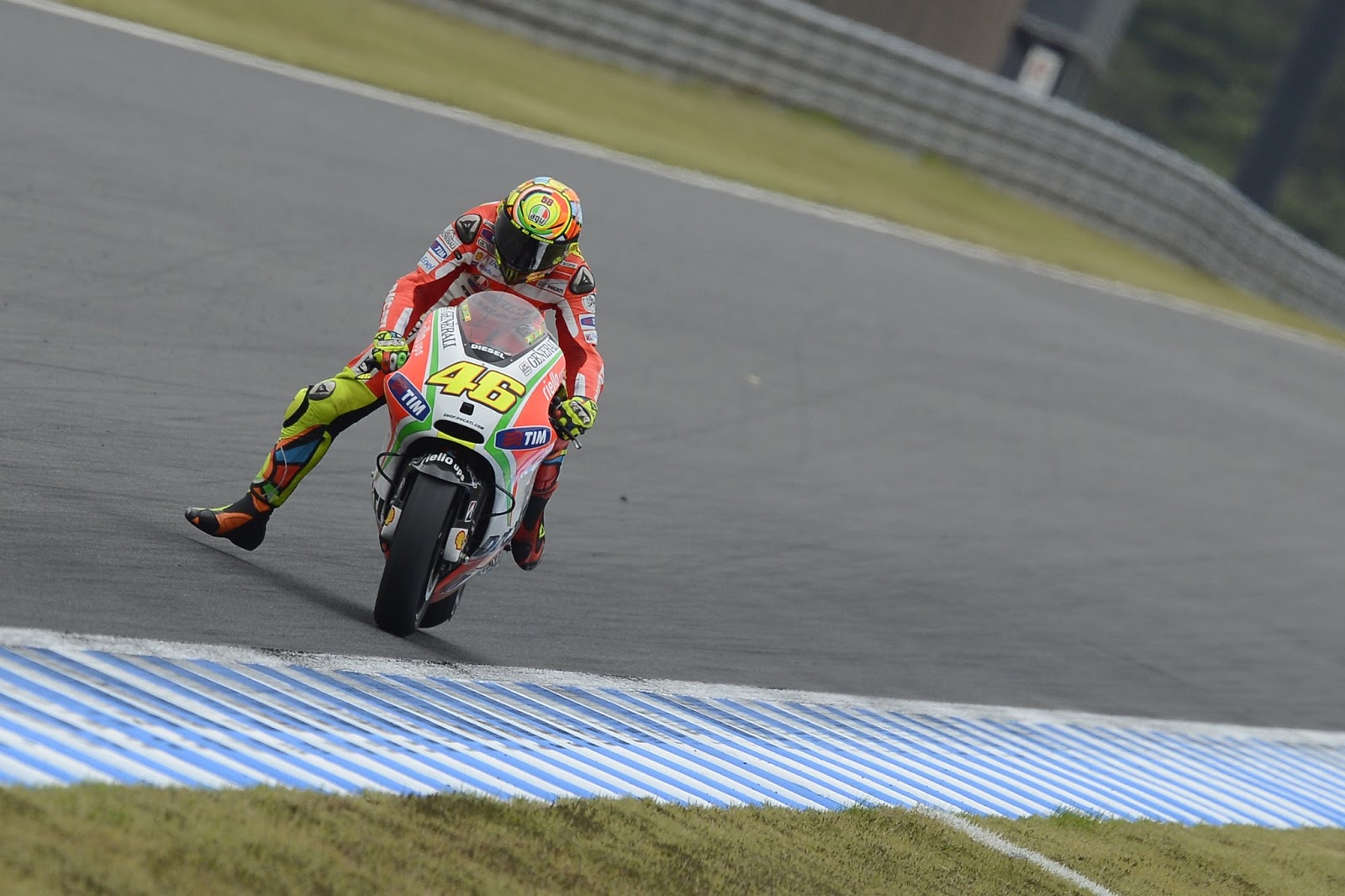 As surfing is to skateboarding and vice versa, so is motorcycling to cycling and… yes, ok we’ve mentioned this before, but it bears repeating, or at least elaborating on, as I’ve been experimenting with a crossover technique gleaned from the world of MotoGP racing: the Rossi Leg Wave. Or, as I like to call it for the purposes of road bicycle riding, the Dangle.

The Rossi Leg Wave is of course named after Valentino Rossi, even though other moto studs like Kevin Schwantz, Mick Doohan and Wayne Rainey were using the technique (admittedly less frequently, and possibly not completely purposely) in the 90s during their legendary battles. Barreling into corners at 200kmh side by side, sometimes a little extra body (or limb) language was required to keep the 500cc beasts going in the right direction. The Dangle takes the basic premise of the RLW, i.e. hanging the inside leg outboard of the bike while cornering, and whether it actually has any benefit or not, it looks kinda cool. Ok, I’ll rephrase that; it feels very cool. I’d seen @Bianchi Denti pop a leg out one day, and presumed he was imitating the moto guys, but when questioned about it later he seemed to be oblivious to having performed the feat at all. Maybe a moment of panic forced his foot off the pedal, but it sewed a seed in my brain and I started experimenting with the Dangle shortly after and have been honing it since.

The Dangle may just be the most inappropriate and useless bit of Cycling technique ever, or it could be the answer to your cornering prayers. You’ll either try it, dismiss it, love it or hate it or treat it with the contempt usually reserved for a YJA. Before attempting the Dangle, a few important points should be observed for its correct and safe operation:

It’s a speed thing: there’s a solid reason we clip our feet to our pedals, and that’s for pedaling. if the corner you are about to take isn’t pointing downhill, or it’s one that needs to be pedaled out of to keep momentum, then the dangle will be useless. The faster the descent the more effective the dangle is.

Angle for the Dangle: Use the Dangle selectively. Judge the angle of the corner; is it a fast sweeper? Then you don’t need to Dangle. If the corner is 90º and steep or tight, the leg out will help your ballast by re-centering your weight towards the apex of the corner, while the outside clipped in leg uses extra pressure to push the tyres into the road surface.

Keep it high: Or at least off the ground. If you just droop your leg out there without knowing how far your foot is from the tar, then you’re in for a big surprise. At best you’ll gark your carbon soles, at worst… well we don’t want to find out. The inside pedal should be at 12 o’clock position, but you knew this anyway.

Be prepared: If you’re riding a familiar route, then you will know the corners where the Dangle will work best, and unclipping should be done before you set up for the corner. If you’re already leaning the bike over, trying to twist your foot out will make you unstable, both physically and mentally.

Get back in quick: Depending on the severity of the corner, you may want to clip back in just before the point of the apex, if a quick change of direction is required. When exiting the corner, get that cleat engaged and get on the gas.

Drop the knee: Most of the time, the Dangle won’t be the right tool for the job, and another moto technique of dropping the inside knee (as awesomely demonstrated here by @ChrissyOne) is usually the best way to get around a fast corner. If your elbow drags though, then you’ve leant too far.

Ultimately, the Dangle isn’t for everyone and should be treated like hard recreational drugs; don’t use it all the time, pick your moments sensibly, but when the occasion calls for it and it’s safe to do so, then party on.