Anatomy of a Photo: Cycling-Specific Eyewear 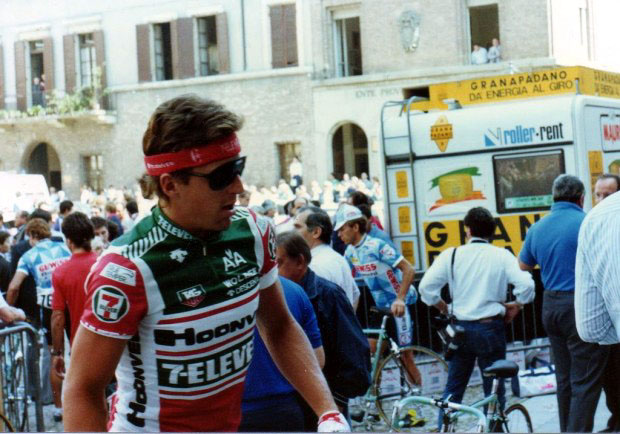 Don’t be distracted by the sweatband or the lame Bolle sunglasses; this man is a stud.  He came from a different time, a time when suffering was a more visceral experience than it is these days. It permeated everything a professional rider did.  The bike were heavier, the equipment less efficient, the travel to races more grueling, accommodations more humble, and paychecks were smaller.

But Davis Phinney was one of the foreign riders who took it all in stride, going to bed every night after taking a beating in the European pro ranks only to get up the next morning and say, “Thank you sir, may I have another?” Here was a man just as happy slogging it out on the front as a domestique as he was racing for the win, bumping shoulders with the likes of the Badger and Greg LeMan. Here was a man who, should the opportunity present itself, would punch his head through a car window just to add an extra dose of The V to the afternoon.  Even his son appears to be a budding young stud.

Indeed, we can say a lot about Davis Phinney and his entire generation of fellow Americans who ventured into territory unknown to race in Europe. One thing we can not say, however, is that they wore cool sunglasses.

44 Replies to “Anatomy of a Photo: Cycling-Specific Eyewear”