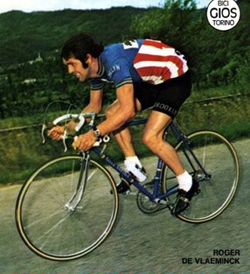 Issue 15 just arrived on my doorstop, and it is especially good and is going to take a good long time to work through all the way to the back cover. But I can tell you about the beginning, which was particularly captivating. It started with a great piece on Jeremy Hunt (written by Domestique/Journalist extraordinaire Michael Barry), then slid into a wonderful one-pager on what it means to be a Super-Domestique. It was the next piece, however, that stopped me in my tracks. It’s entitled only “Gios” and the cover shot is of an old Gios gingerly tucked under a translucent plastic tarp like a Michelangelo during a remodel, with it’s corked bottles perched on the handlebars providing the only real clue as to the bicycle’s age.

The author starts with a two-page rant asserting that it is, in fact, about the bike and anyone who says otherwise stands a nonzero chance of be a douchebag. Those aren’t his words – I’m paraphrasing a bit – but it is the gist of what he’s getting at.

Then comes the following quote. This particular section describes “a friend” who is at this stage of his marriage not allowed to mention his bicycle in his home for fear of suffering a painful divorce as a consequence. I’m assuming part of the risk is that he would somehow loose his bikes in the divorce. He is relegated to a small room where he and his cousin may mention la bicicletta.

It is there that he and his unhinged cousin, the one who wears his heart rate monitor while gardening, yabber on pedantically about life’s rudiments such as Speedplay, VO2 max and float while their incredulous, shell-shocked wives deal with all the peripheral stuff – their children, their homes, the public preservation of the sham of normalcy, every single thing that is not cycling. My own father retains expensive bicycles in three separate European countries. My mother has a 25-year old microwave oven.

That actually sounds a lot like my own parents, aside from the fact that my mother actually has a good number of bicycles of her own – including an old-school Aluminum Alan and a Scalpel – although I suspect her accumulation of bikes has more to do with my father’s guilt than with her desire to groom a stable.

We are a strange lot, we cyclists.