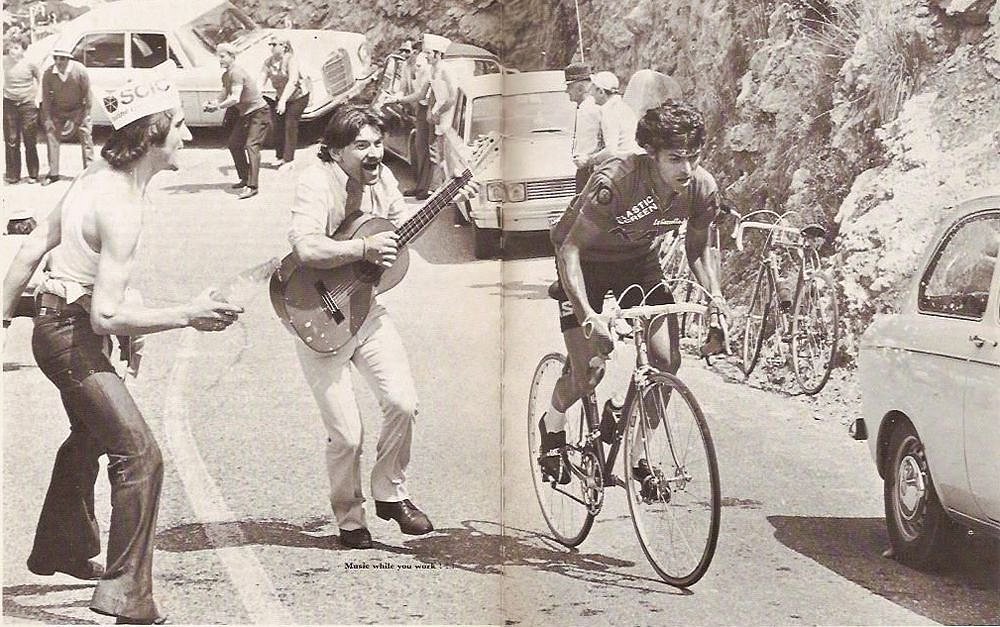 This is the best Cycling photo in the history of time. If you’re wondering why, then we’re probably not looking at the same photo. I am pretty sure the guy playing guitar is the Dos Equis guy.

Anyway, nothing that cool will happen during this year’s Vuelta, although we’ll get to watch more lightbulb-humping, if that’s any consolation (it isn’t). But we do get to treat ourselves to the third and final Grand Tour of 2015 which is exactly as depressing as it is exciting. I’m also not going to remind anyone that I don’t really like the Vuelta because the last two times I said that, the race turned out to be terrific.

The VSP keeps on keepin’ on as well, with big points on offer for the Jaegher frame, Café Roubaix wheelset, or V-Kit. Anything can happen, and in past years we’ve seen the Vuelta be the deciding factor in winning the overall VSP; @Minnesota Expat holds a solid lead over @dancollins, a past winner. @Steampunk holds third over a tight field behind him and here’s hoping our Aussie Keeper @brett can finally put a point on the board as well, which would see him hoist himself out of the Lanterne Rouge. (I actually had to do some coding to give him his Keeper’s badge back, which is something I hadn’t anticipated when I designed the system, needless to say.)

So, study the start list, put in your picks by the time the clock goes to zero, and good luck.

Teaser shots of the Jaegher frame: