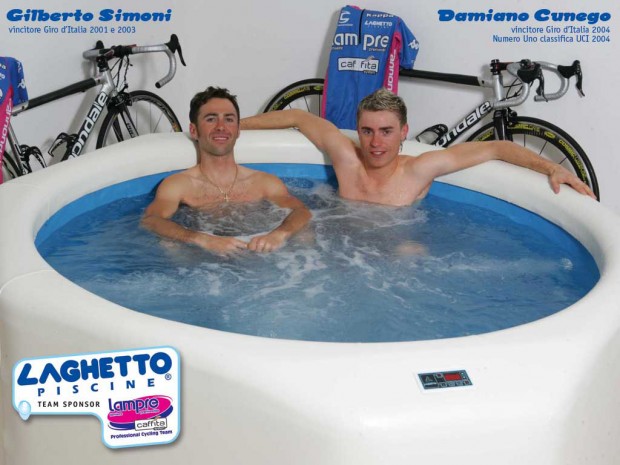 It is easy to imagine photo ops and advertisements that the pros obligate themselves to for sponsors becoming tedious. Angles that sound good during an off-season drunken phone conversation are often just awkward when operationalized at the season’s first training camp and new sponsor meeting. I can’t imagine anything more emasculating than being constipated in addition to having to get into an inflatable hot tub with your protégé who just kicked your ass in his first Giro. Young hotrod Damiano Can-He-Go is kicking back and ready for some hottub sake while Gibbo is already regretting his decision not to keep their shorts on before climbing in.