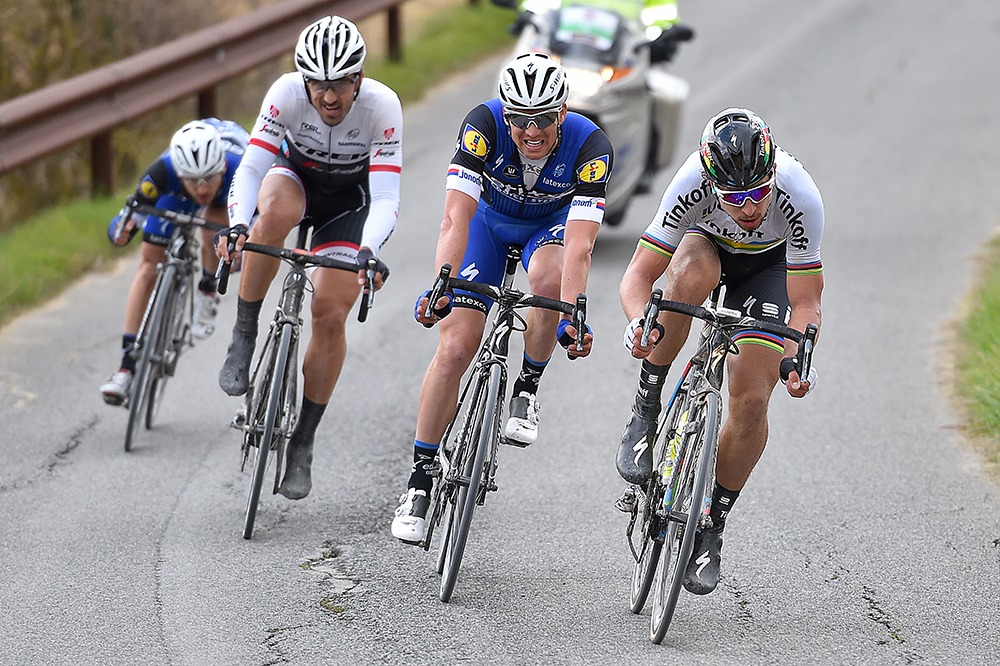 I have a hard time with labels, which is why I am terrible at remembering people’s names. I remember the person and the conversation, but I rarely remember their name; the person had meaning, the label did not. I also can’t tell my left from my right which similarly feel like labels for “this way” or “that way”. For me to remember which is which, I generally have to imagine which hand I write with, and then I’m off to the races. Usually several hundred meters after the turn I was supposed to take.

With alarming frequency, some bright spark will remind me of the childhood trick to distinguish the directions: your left hand makes an ‘L’. I’m also dyslexic, so both hands look like an ‘L’. I just wind up standing about with my hands in front of me as though I’m trying to frame a photograph.

This problem is not uncommon, but it nevertheless presents a bit of a challenge on group rides, especially with new riding partners. The old sages have all been been issued the “Frank Manual” and are normally briefed on any revisions to the manual in case they hold an outdated edition. As a matter of necessity, newcomers are generally given the crash course on my directional challenges on-demand. “Crash” being used here more figuratively than literally, but I am compelled to report that the record is not perfect in this regard.

I’ve ridden with @Haldy several times, but only on Cogals where the dynamics of the group dictate something less than a 1:1 dependency on riders being able to perform this basic skill we typically master as a child. This weekend was different; @Haldy and I headed out for our first training ride together, a jaunty 4-5 hour spin about the northern Seattle suburbs and country roads. We had hardly left the house before my weakness was exposed.

Frank: Oh, you should know I can’t tell my right from left, and I’m dyslexic, in case you have a clever childhood trick to suggest.

Haldy: [without missing a beat] Turn to the non-drive side.

Therapy by Cyclists should be a thing. Vive la Vie Velominatus.

52 Replies to “Drive Side/Non-Drive Side”