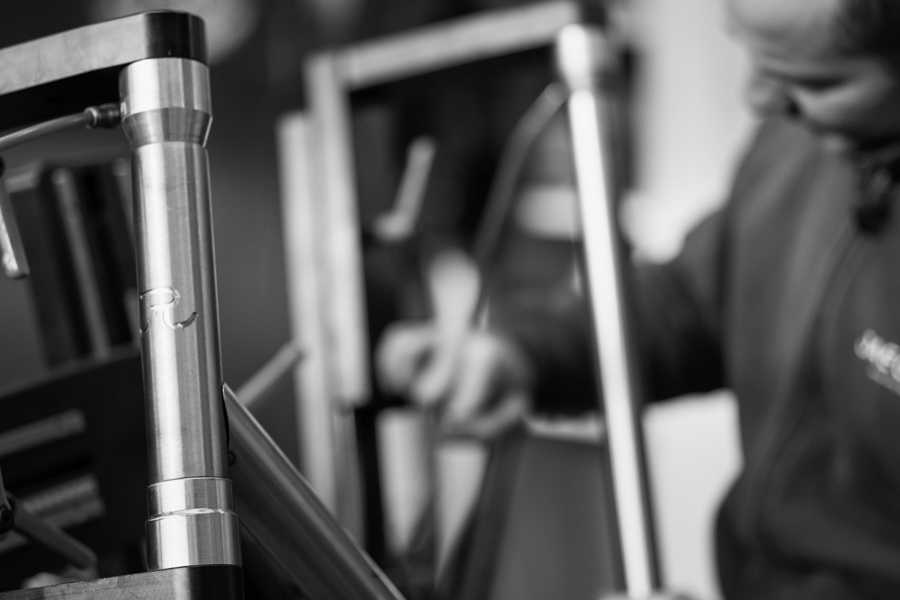 Tradition and innovation sit mostly comfortably alongside each other in Cycling. The bicycle itself is inherently a very simple machine, the basic design of which has remained the same for centuries; frame, two wheels, cranks, saddle, handlebars. It’s what has been done to these elements along the way that has shaped what the modern road bike (because mountain bikes are way out there and another realm altogether) now looks like.

The ‘advancements’ made through the use of carbon fibre have without doubt benefitted those who really need to benefit in incremental steps, and that is Pro riders. These guys and gals are paid to ride a bicycle as fast as they can and to get it across a line hundreds of kilometres away from where they started before hundreds of others, sometimes by the barest of margins. That’s not us. We ride because we love the freedom, the health benefits, all that bullshit that Bicycling magazine will give you 7 tips on how to do it. We don’t need aero-tubed frames and deep dish carbon wheels, but we want them. Sure, all this stuff makes our experience better, and I’m not suggesting we all ride around on K-Mart bikes, even though we’d still probably have some form of fun if we did. Even if you race, even A grade at club level, or have a crack at Nationals, the bike isn’t going to make you win. I’ll repeat; you’re not a Pro.

This whole ‘aero’ frame fad that has taken over the peloton is all well and good when the sport’s top prizes are at stake. When rolling around with your mates and having a coffee before and a beer after is the modus operandi, then why not do it with a modicum of style? Aero bikes are not stylish. Those oversized, flattened, sharp edged carbon members (I refuse to call them tubes) are just downright ugly. The curvy swooping lines and bent-six-ways stays are an abomination. And some of the stems popping up now look like tumours growing from Frankenstein’s neck. I don’t like them, in case you’re not picking up on that.

The more I look at the new crop of ’boutique’ builders working with steel, the more I realise how much of a blight these carbon race frames are. My eyes are attuned to the simplicity of round, straight tubes, with a sensible diameter, and if they’re held together with lugs, well that’s not a bad thing either. But even these simple things of beauty can be sullied by another modern invention, the sloping top tube. A lot of the bikes that appeared in my feeds from the recent NAHMBS featured quite radically sloping tt’s, and whenever a flat tt’ed bike popped up it was even more apparent that flat is where it’s at. And I’m not saying this because I own such a bike; in fact, there was a period after purchasing my Jaegher where I questioned whether I should have had some slope built in. But the more I witness the glut of ugly that is is the Pro peloton, I’m glad I listened to the denizens who lovingly handcrafted my beauty, and kept the tubes like they are meant to be: flat, round and straight.

180 Replies to “Reverence: Straight Round Tubes”