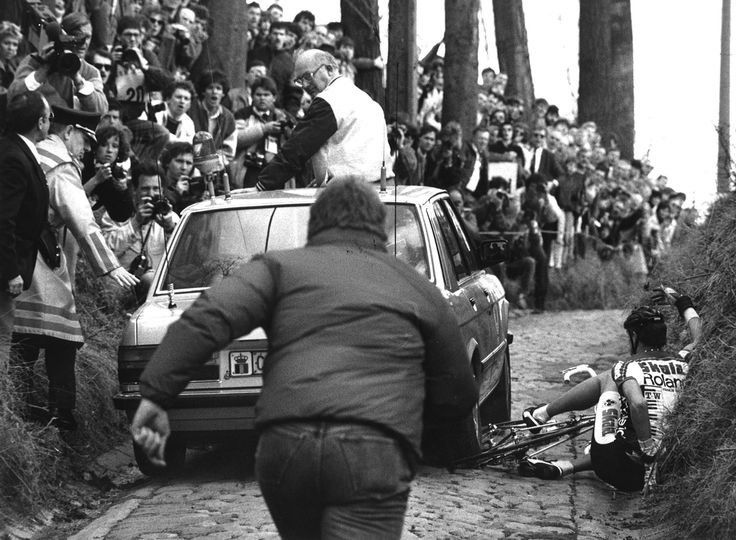 On Motors and Bikes: The Next Ride

Every time I go riding, I know I subject myself to masses of cars and motorcycles, each of which has the potential to momentarily occupy the same space my bicycle and I are occupying, a physical impossibility that Nature will resolve via a messy process involving my death. I don’t know very much about the vehicles surrounding me or their drivers, apart from that they likely don’t know how vulnerable a Cyclist is, or how much longer it takes us to stop than it does them, particularly in the wet. I know that they don’t appreciate how fast a bicycle can travel, or that I likely can’t see or hear them coming up from behind, or that I don’t know whether they can see me at all or whether or not they will pull out in front of me even if they do. But I am certain that they don’t appreciate how lethal their vehicle is and I am even more certain that they are likely distracted; they might as well be pointing a loaded gun at me.

This reality comes with the territory of being a road Cyclist, and I accept that. I take every reasonable precaution I can to be safe, apart from not riding my bike in the first place; a life without Cycling on the road hardly seems like a life in the first place. I am also fortunate to have ridden as long as I have and that my experience has allowed me to develop a sort of sixth sense when it comes to recognizing which drivers are about to do something that will put me at risk. I accept the risk, I do whatever I can to control those factors I can, and hope for the privilege to return home safely and ready for The Next Ride.

I am terribly saddened by the death of Antoine Demoitie during Gent Wevelgem after being struck by a motorcycle involved with the race. I understand that motor vehicles are a part of the race, including for the purpose of providing live pictures for us, the fans. But I personally find it unacceptable that riders are being put at the same risk that we encounter on the street when we go out training. A bicycle race is already rife with danger; adding the risk of being hit by a car seems reckless.

I read Breaking the Chain shortly after it was first published. Apart from the shocking tale of drug use in the peloton, the story relays how many stimulants are used by the drivers in the following caravan. The notion that the bike race is packed to the gills with vehicles whose drivers are not only distracted and stressed out but are also intoxicated sends the imagination to dark, dark places. We will never be able to eliminate the risk of vehicles hitting riders, but we can certainly take measures to reduce their frequency. Race vehicles hitting riders isn’t new, but their occurrence have dotted race history with a frequency that makes the individual accidents noteworthy, the 1987 Tour of Flanders being a standout case. But it seems like every recent race involves an incident between a rider and a race vehicle, to the point that these accidents have even influenced the outcome of the race on several occasions. It all points to the fact that we’ve prioritized the publicity of the events over the safety of the riders. That prioritization is perverse and entirely in the race organizer’s control. It is time they take whatever measures necessary to minimize the risk to the riders who already stand to lose their lives without the help of the vehicles in the race.

On Sunday, Antoine was denied his Next Ride. Our thoughts and condolences go to his wife, family, and friends. Changing our approach to the motorcade will never bring Antoine back to life, but it can help us avoid repeating this tragedy. If the solution involves less live television coverage, then I’ll be the first to raise my hand and say I’ll happily give up the privilege of seeing the races live. I hope Antoine is the last rider to suffer his fate.

67 Replies to “On Motors and Bikes: The Next Ride”