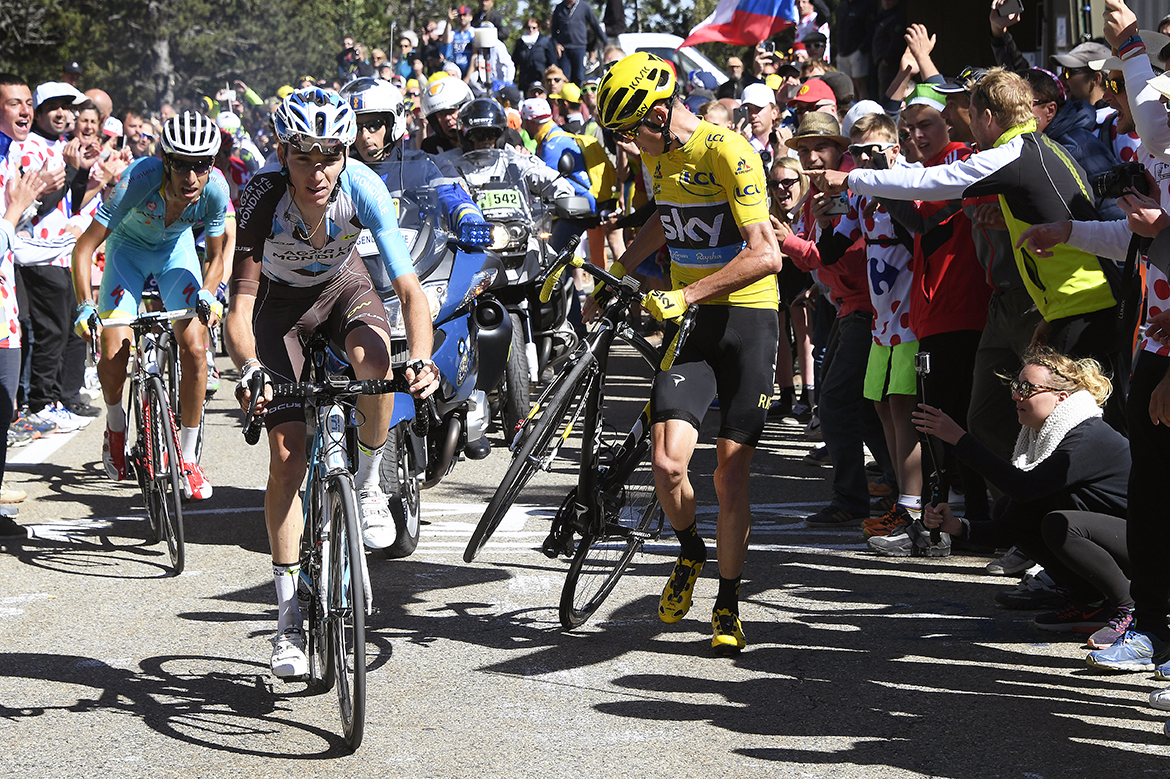 On Rule #42: Running is Balls, Even for the Maillot Jaune

Alright people, we heard you. Chris Froome ran. But he was going to lose the Tour de France. I’ve got news for you: Cyclocrossers run, too. So do convicts, burglars, children, footballers, and triathletes. And anyone who has ever seen a Grizzly Bear up close. And all of them ran because they were going to lose something. The person with the bear has the best case here, as far as I’m concerned, and I’ll be disappointed if they didn’t trip something with a heartbeat just to gain a little extra advantage.

Because if you’re already stooping so low as to run, your life better be on the line, and you better be willing to play dirty.

You know what the worst kind of running is? A road cyclist in carbon-soled shoes designed to be so inflexible that even Admiral Tarkin would approve of them. I once jacked up a cyclocross bike so badly I had to break the chain to get it unwound, and because I didn’t have a chain tool I ran the rest of the lap to finish the race. Finishing the race on foot was almost as humiliating as crashing because I was too dumb to appreciate that 15 PSI tires don’t corner as tightly as 110 PSI tires do.

Including that time I crapped my pantaloons on a transcontinental flight in India.

In conclusion of Froome’s Rule #42 violation, here are the facts:

The verdict is: he violated Rule #42 and the UCI turned a blind eye to how rotten a runner he is. Next they’ll allow motors in bike races while pretending to scan for them.