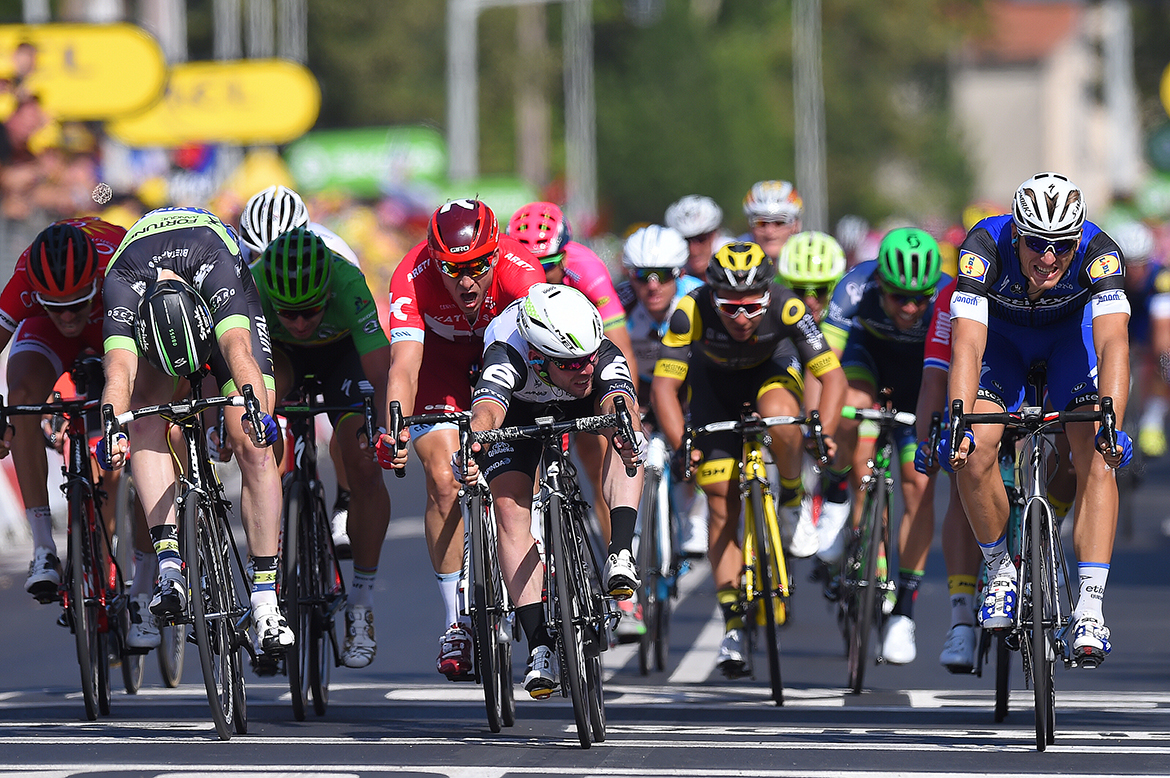 As I sit here watching the Tour de France while resting comfortably in my armchair, I find myself ruminating on the risks of the modern professional Cyclist. Even from my perch of steel and cowhide, I find myself recoiling in fear as traffic islands are navigated at speed, shoulders and bumped on wobbly bikes, and the boney elbows of GC contenders are thrown about amongst the meat-covered arm-sausages of the spinteurs.

I hold my breath and pray silently to something I have yet to understand – possibly the ridiculous little chihuahua with a human allergy who sleeps soundly nearby – that the riders run the gauntlet safely. (How can a dog be so little and still be a dog? Does not compute.)

I generally sleep through the first week of the Tour; there are only so many Chateaux and rolling green fields that I can watch as the peloton mechanically reels in the doomed breakaway in the final kilometers. But this year has seen its fair share of excitement, including back-to-back sprint finishes so close that the riders themselves weren’t sure who had won. Not to mention that I love it when the riders are on their knees coming across the line; nothing like a little visible effort to make me feel good about sitting there sipping my espresso while nursing my morning stroopwafel.

Some highlights from this week include the following, in no particular order.

* Thanks to @pmcqueen for letting me shamelessly steal his joke.

49 Replies to “Of Mother or Limb: First Week Wrap-Up”