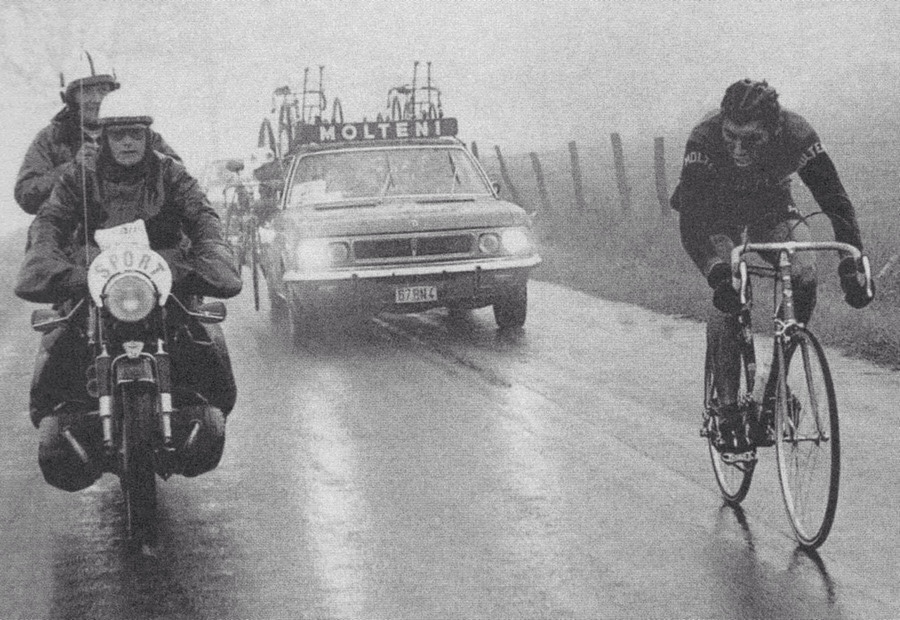 I have been spoiled rotten this summer as I alluded to last week and was evidenced through the flatness of the tires on my Nine Bike. I rode more this summer than I have in recent memory and I rode in the rain exactly one time; @snowgeek wondered if it might rain and I scoffed at the idea because it hadn’t rained in ages. He’d been sailing, as it turns out, and had been paying attention to the weather patterns and knew what was headed our way. It rained so hard that cars were pulling off and waiting it out as water flowed down the tarmac in a mini flash-flood. We kept riding, obviously, basking in the bewildered looks on the drivers faces and knowing they likely understood little of Cycling.

The rains appear to have returned to the Pacific Northwest with some regularity, but the cold has yet to return, which means I’ve had the pleasure of riding in just V-Bibs and my Gabba jersey, the only Castelli product I genuinely love. Something about that jersey makes me feel Pro right down to the ground. My rain gear also includes my Specialized Evade helmet, complete with black reflective tape down the middle. That helmet used to look awful on me, but it looks a bit better with my boss orange Jawbreakers, and the two V-Lion decals I slapped on the sides don’t hurt because everything looks better with a V-Lion on it. It’s fun to wear all that stuff in the rain when it’s still warm enough that not too much of your energies are expended on staying warm.

I love it when it’s rained enough that the road has a layer of water on it; the rain drops paint a beautiful pattern on the wet tarmac as gusts of wind weave bands through it. It’s as though I’m part of a living Jackson Pollock painting with me sketching my own pattern over the others as my wheels cut their furrough through it all, inscribing a perfect V as they do.

My legs are very tan – even for Seattle – and tan guns make the orange grippers on the V-Kit stand out beautifully. Riding with leg warmers in the rain doesn’t provide any visual feedback; riding in wet, bare, tanned guns makes the muscles stand out gloriously. If you’re so fortunate to also catch a sun break while the guns are still gleaming, well, try not to ride off the road as you stare at your own magnificence.

The cold will come, and by March I will wonder at the rider who was so spoiled by sun that he brashly praised the indulgence of riding in the rain.