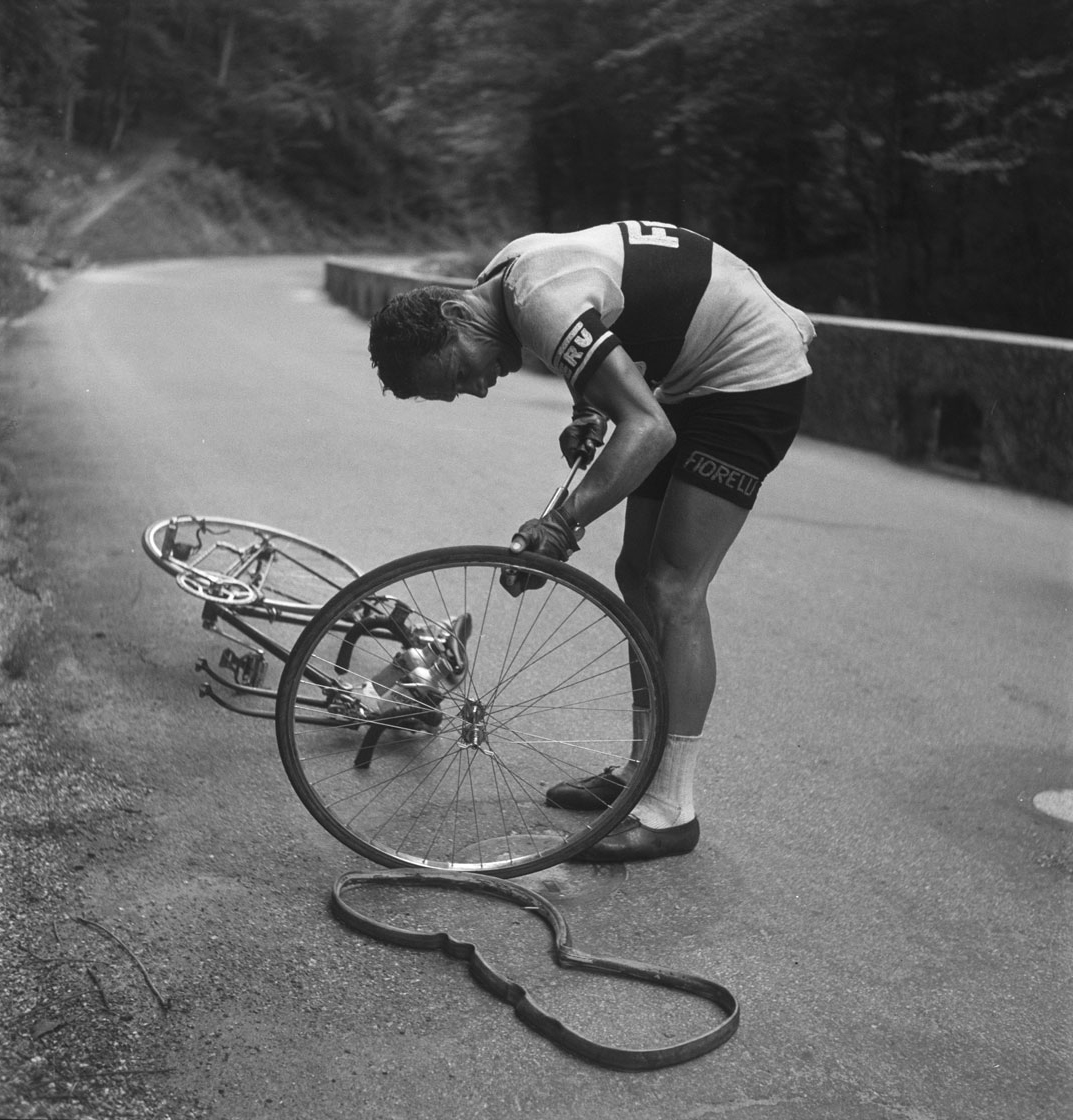 Anatomy of a Photo: Rules Pioneer

As surely as the sun rises in the east and sets in the west, if you ride a bicycle you can bet your ass against an apple that you are going to get a flat. Not if, but when. Death and taxes, and all that.

This could be Pierre or Antonio or Jean-Michel, most likely a name that rolls off the tongue with the same ease he rolled his dead tubular from the rim. The strokes of the pump as powerful and smooth as the strokes of his guns, as precise and clean as his socks, skin tanned and polished like the shoes on his feet, tough like the gloves on his hands.

This is an ambassador of Looking Fantastic; he would never contemplate turning his steed upside down, and surely this moment was an instigator of Rule #49. And you know that the shredded tub laying there will soon be wrapped around the shoulders in full Rule #77 compliance prior to resuming to Lay Down The V.

Pierre, Antonio, whatever be your name, we salute you for pioneering the Art of Awesome and being Compliant as Fuck in those tough days of yore.

119 Replies to “Anatomy of a Photo: Rules Pioneer”