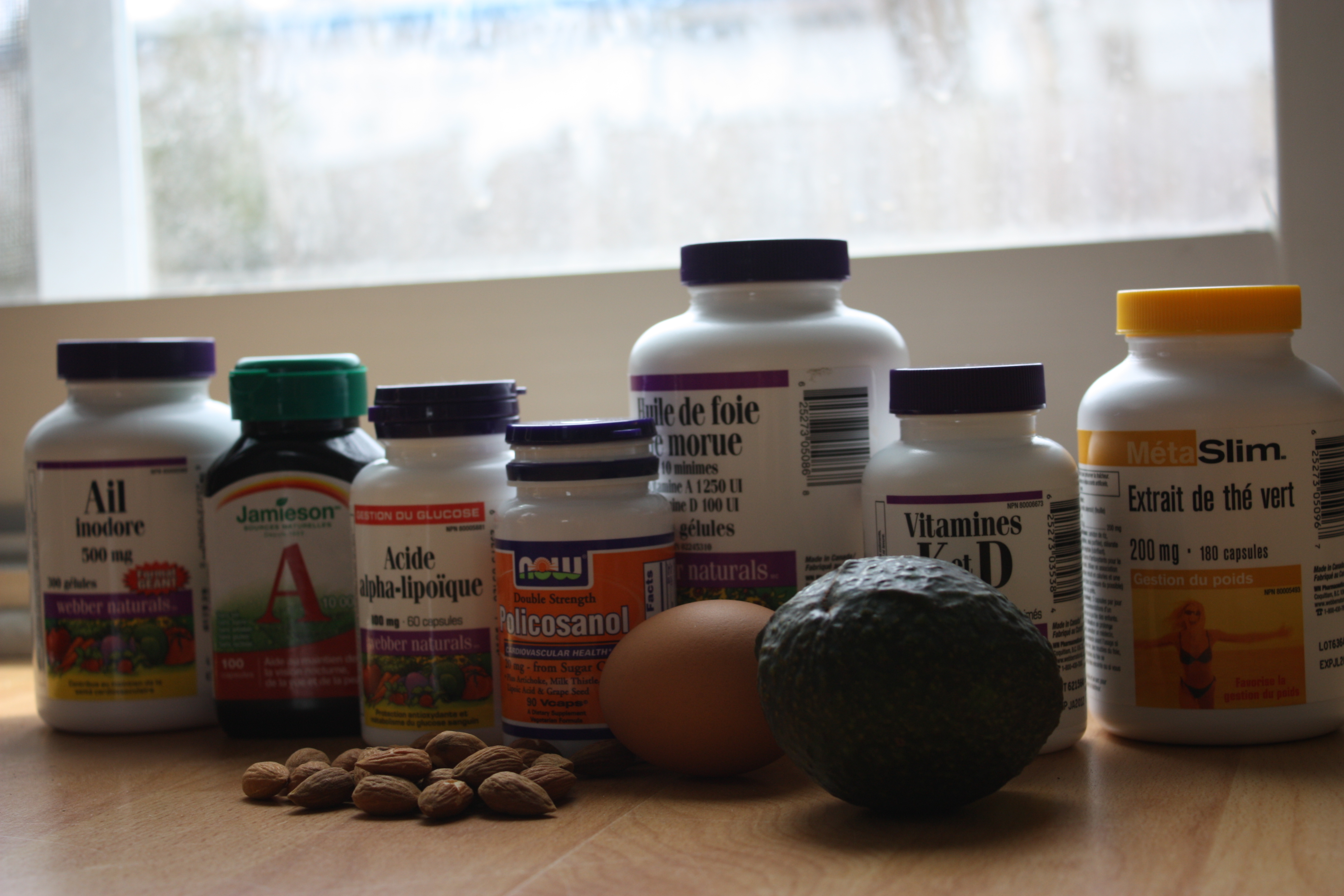 Weight. There are few segments of the population more obsessed with it than cyclists, apart from teenage girls and young men hoping to be selected for the highschool varsity ballet team (wrestling). Our sport is unique in the respect that friction between road and rider doesn’t significantly increase or decrease with rider weight, meaning that the amount of weight we carry up and down hills directly reduces the amount of work we do, leaving more juice for going way more fasterer. That, and we wear spandex in conjunction with having high expectations of Looking Fantastic.

Based on what we’ve learned of him, Steampunk shares several genes with the elusive Sasquatch, and as such is a bigger (and hairier) guy than the typical cyclist. This year, he’s taken some pointers from the Spanish Meat Industry and gone to work dropping some kilos and has been kind enough to share his experience with us.

We caution you not to treat any of the following as any kind of medical recommendation. Steampunk is not a doctor, although he plays one on the internet. Before embarking on any diet/nutritional changes, be sure to consult a real doctor or someone who has more than “guesswork” and a sample size bigger than 1 to go from. Also note that Historians are about the last people you want to get advice from regarding anything not to do with things that happend in the (distant) past, particularly physical fitness and well-being; that can’t even agree on the past, which should be fairly simple to settle on because it already happened. Consider another nutritional study conducted by our very own Historian, Joshua, as further evidence of this.

Looking pro is like searching for the Holy Grail: you need to be able to distinguish between your African and European swallows. This kind of attention to detail is something on which the Velominati pride themselves. But rather than a subtle upgrade on my bike, my recent progetto has involved upgrading the engine. Since the turn of the year, I have cut from 87kg to below 80kg while maintaining full piston power in the BFGs (take that, weight weenies!). Though still not in top condition, I’ve been blown away by the difference it’s made to my riding. I’m faster, stronger, and able to climb out of the saddle for longer, more intense periods. I love dancing on the pedals up steep hills. Say what you like, but this makes me look more pro (so sayeth I).

At the end of the day, no matter how slick bike, kit, three-point system adherence, etc., that gut bumping against the guns while you ride in the drops is going to be the first betrayal against looking pro (that, or the heaving lungs and the “tactical” decision to gear down). The soft mid-section does not a casually deliberate pose make. Put another way, the sleeker rider is more able to dish the V. While much of the Velominati rhetoric is about appearance, at the end of the day, I’ve read enough on these pages about the attention to performance detail. After a mucky ride, cleaning the chain is more important than polishing the frame. Performance.

So here’s my story””the short and the wide of it. I went through a breeding and blimping phase in the late 1990s. For good measure, my wife and I had a third child in 2008, almost ten years later. I’m a compassionate, new-age kind of husband (more fool me), and I put on close to 10kg for both of the first two. Older and marginally wiser, closer to 5kg for the third. At the peak of my powers””during grad school””I tipped the scales at 102kg. I stand 175cm. Claiming a muscular build only gets one so far. At that kind of weight, the weight of the bike is immaterial. Or, more to the point, shaving a few milligrams off the bike here or there is denial at best””more realistically, lunacy. Over the past decade, I have hovered around a reasonably fit 87kg without really making long-term reductions. Even this past fall, when good weather allowed me to ride consistently right into December, I couldn’t put a dent on lowering the scales.

Winter is not a friendly season. Not for the cyclist in Ontario, anyway. If being off the bike weren’t bad enough, it’s busy time at work, which means I’m an infrequent visitor to the gym. Off the bike and not working out is a bad combination as I am very good at putting on weight; winter becomes a desperate shill game of trying to sustain the fall weight””if not condition””and limit the amount of work necessary to get back into shape in the spring. But this winter has been different. Since Christmas, I have dropped more than 7kg. I’ll spare the pics, but I’m seeing cut abs for the first time since, like, forever. More importantly, the guns remain huge and the definition is awe-inspiring (so sayeth I). For an otherwise sedentary academic in his mid-30s, I’m pleased with the results. This with minimal exercise (on early January and February rides, I was reminded that while weight loss is good, it does not replace good fitness). But form is already on its way and easier to come by at a lighter weight. This might sound like the beginning of one of those late-night ads on TV: I’ve lost 7kg in 9 weeks while not exercising! How did I do it?

Clenbuterol was first synthesized in…

Well, I have been experimenting with supplements, but nothing that would ever run me afoul of the UCI or any other sporting body (especially the Spanish). More on that in a moment, but the emphasis has primarily been on revamping my diet. With a full family in the house, we eat well: sensibly, making healthy choices, not drinking too much, etc. I always thought that my standard diet was not just good, but really good. Starting on December 26, I cut carbs drastically out of my diet. Instead of cereal for breakfast, I switched to bacon and scrambled eggs. Instead of sandwiches for lunch, I switched to beans, meat, and salmon (lots of salsa and guacamole””strangely, this diet consists of much more cholesterol than my previous practice (eggs and avocados), but I’m stronger, fitter, and lighter). No bread. For dinner, while making rice for the kids, I switched to spinach, which really didn’t take long to get used to (especially as I watched the scale show a smaller number on a daily basis). In addition, I stopped eating fruit (high fructose) and cut out dairy. Fructose is exceptionally good at building and storing fat. Dairy: I don’t understand this one as well””milk has a low glycemic index””but it does have a high insulinemic index; I miss my cheese! The higher protein diet has resulted in my not feeling hungry between meals so much, but in those rare instances, raw almonds””not too many: these pack a massive caloric load!””do the trick. Six days a week, I adhere to the above religiously. One day a week, I binge. Big time. The danger with cutting so many carbs and sugars out of one’s diet is that the metabolism can slow, too. Spiking it once a week has the benefit of ensuring that I’m continuing to keep the metabolism high.

My lone concern with cutting so many carbohydrates was that it might inhibit my energy and performance on the bike. While the season is still young and I’m still finding my fitness””and haven’t yet had a chance to get in a ride of more than 60km””I haven’t felt slow or weak. If anything, I’ve had more energy. During intense exercise, it is also possible to take in carbs, since you’re burning them immediately, anyway. So, energy drinks and bars on the bike are still okay. We all likely suffer from any number of mild and undiagnosed food allergies (or annoyances). I can’t pinpoint it, but I feel much better with this diet, suffer from less stomach discomfort, and have more energy.

Then I started popping pills. I’ve begun a fairly standard regimen of Alpha-Lipoic Acid, green tea extract, and garlic””all powerful fat-burners. Four times a day. The last pill-popping stack of the day also includes Policosanol. Also, I’ve been taking extensive levels of Vitamin D. While 1,000 IU is the recommended daily allowance, I’ve been popping more than 4,000 IU a day, combined with Vitamin A & K, which help in Vitamin D absorption. Vitamin D is a wonder-hormone and worth more investigation””not just as a winter supplement. Chances are we all suffer from Vitamin D deficiency, and that can hurt our performance. Vitamin D is crucial in the creation of fast-twitch muscle fibers and overall physical fitness. Some studies also indicate that Vitamin D deficiency can be responsible for what appeared to be chronic injuries in athletes. I ride without a computer and decided not to get a series of tests and measurements taken for before and after comparison, but I regret that now. I’d be very interested to check BMI, Vitamin D levels, and cholesterol, especially.

The inspiration for the diet and supplements came from Tim Ferriss’s book, The Four-Hour Body. At first””and from a professional perspective””I was interested in the concept of self-experimentation and the difference between abstract theories and the practical experimentation he did. But I was also interested in the health and nutritional science behind it. There’s some interesting stuff here, not just on weight loss, but also on muscular development, endurance””hacking the body in general, as Ferriss puts it. Given the tone of the book, I don’t think I’d like Ferriss too much if we ever met. He comes across as too much of an egotistical alpha-dog; but for his former national kick-boxing championship title, I suspect I’d want to beat the snot out of him. But the kid’s done some interesting homework here. And my cycling is reaping the benefits at the moment. If you’d told me a year ago, I would weigh less than 80kg, I would have thought you were delusional. I was pretty fit at 87kg””I still carry enough upper body muscle for three Schlecks””and not particularly soft. But looking back, 7kg is a lot of extra weight to carry around. And for it to come off so quickly…

In all, so much of cycling is about tradition, ceremony, routine, and discipline. Being able to bring that praxis out of the saddle and out of the garage and into the other necessity in life (eating) is an exciting prospect that keeps me closer to the bike. As spring appears to have finally sprung around these parts, I already feel like I’m in early summer form.