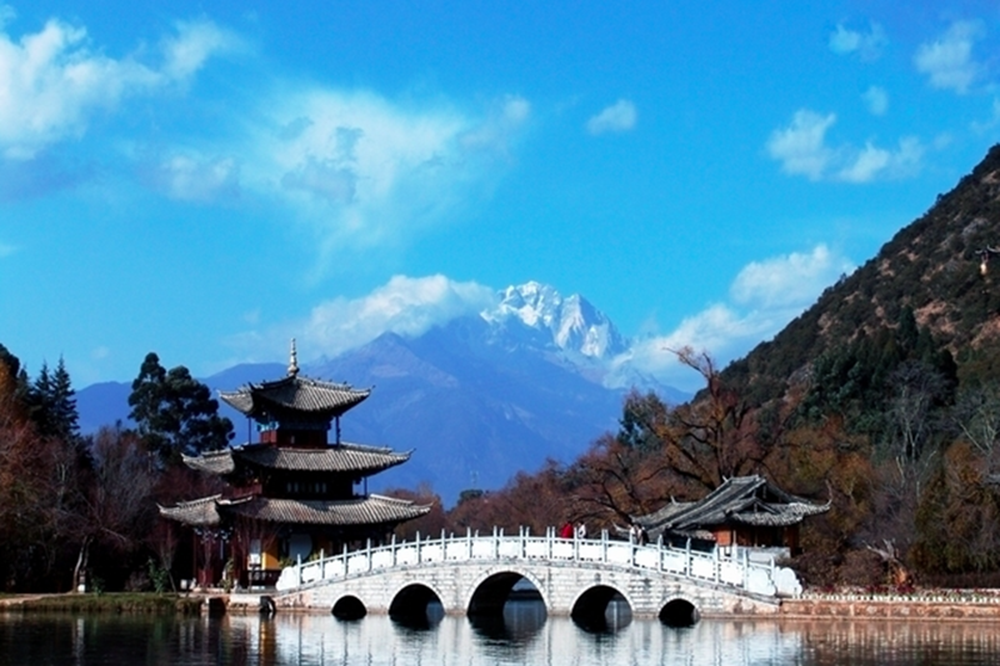 The Tour of Beijing may no longer be, but Cycling in China continues to grow. DJC Media’s Daniel Carruthers is helping push the development and sent us this report of the recent Gran Fondo in Yunnan.

The Fondo fever is slowly taking a grip of the world’s most populous nation, the Red Kingdom of China; there is a massive leisure revolution happening now as a result of the burgeoning huge middle-class population which has propelled China to become the number one globally economy. More Chinese are taking up cycling as a new leisure pursuit and it won’t be long before the Gran Fondo phenomenon explodes. The Chinese have created a new word in Mandarin – and that is “Gelanfeng Du” or “æ ¼æœ—é£Žåº¦”. It is a direct adaption of the Italian word.

Nordic Ways (http://www.nordicways.com) a Swedish sports events company based in Beijing, has been a key driver behind promoting the concept of the Gran Fondo in China. They have secured the licensing of the name ‘gran fondo’ and have created the website – www.granfondochina.com to push their Gran Fondo events. The first ever Gran Fondo was held in 2012 in Yanbian, skirting the borders of North Korea and it was considered a successful event and a step in the right direction despite the challenges with the government and traffic control understanding the concept.

Fast forward to April 2014, another events company in Shanghai, SCP, held the second Gran Fondo in Yellow Mountain, a popular Chinese tourist destination and well-known location where Crouching Tiger and Hidden Dragon scenes were shot. The SCP Gran Fondo was held on fantastically beautiful quiet country roads and had the makings for a hugely popular Gran Fondo, however they were fraught with challenges and the local government cut the second stage short due to “safety” reasons; there is a fear that amateur riders cannot cope with ‘dangerous’ descents in races so therefore the final 20km of stage two was eliminated and turned into a mountain top finish instead of the planned city finish. It is not yet known if the event will continue in 2015 as the event has been taken over by the government. If it is to continue, it will be a highly recommended event to fly to China for. 2014 information can be found here:: http://scpgranfondo.shrace.net/en/

Late in 2014 was a breakthrough for the concept of Gran Fondo in China when Nordic Ways, in conjunction with Kuaisports.com, successfully pulled off a weeklong Gran Fondo event in Yunnan. It really shattered the misconceptions that amateurs cannot compete in long-distances and for once, competitors were allowed to complete the full-distances daily within generous time-limits and full road-closure. The inaugural Colorful Yunnan Gran Fondo (http://www.granfondochina.com) was organized in conjunction with the local governments with the idea to promote the stunning diverse region of Yunnan as a tourist destination especially for cyclists. More than 1,000 participants took part in the weeklong event in both long and short course categories. The longest stage was the 180km jaunt around the wind-swept Yuxi Lake that completely shattered the field. More than 300 competitors completed the full five stages and were awarded a GC ranking. Yes, there quite some substantial prize money to be won at this Gran Fondo stage race and can potentially help pay for your trip over.

Dutch rider, Lars Van de Vail who won the opening prologue time trial in the Tour of Qatar in December 2013, was quite surprised at the level of Chinese riders especially the young 16-year old riders from the Yunnan Sports Development team. Van de Vail posted a highly respectable 23km mountain time-trial time of 47 minutes, but the young 16-year-old sensation, Lv Xianjing won with 44 minutes – more than three minutes clear of the Dutch professional. Lv Xianjing hails from the high mountains of Yunnan and has never heard of the Tour de France, yet he maybe China’s brightest rising star and a potential future Tour de France rider. Xianjing also won the final stage, trouncing all of his rivals on the final 12km climb up Jade Mountain. When the pressure was on, he just danced on the pedals in a massive gear and powered away from the front of the race. If this kind of talent can be harnessed correctly over the next few years, then he could emerge as China’s best ever cycling prospect.

The Colorful Yunnan Gran Fondo traverses through the region culminating in Lijiang, a picturesque city at 2,400m with Jade Mountain reaching out into the sky as the main feature. The final stage of the Gran Fondo was a shorter one, at 82km, but still packed in plenty of climbing and technical riding over narrow twisting roads through old villages and temples. The majestic Jade Mountain was forever seared on the memories of the riders as they gasped their way up the final ascent, reaching more than 3,000m. It was the highlight of the week and it is envisaged more stages or at least a longer stage will be held in the Lijiang region.

To read more about the Colorful Yunnan Gran Fondo, you can check out the detailed daily race reports over at www.Saddledrunk.com or visit the official website – www.granfondochina.com.

Remember, although it is a stage race with a GC ranking, there is no neutral support, thus it is important to observe Rule #83 – Be Self-sufficient! Don’t be caught out with a puncture like I suffered on Stage 4 in Dali. I was seventh overall on the GC and was poised to move up, when I suffered a snake-bite and did not have a pump or inner-tube with me. Normally, I attend races that have neutral support so I miserably learned a hard lesson and saw my high GC hopes disappear into the dust. In fact, all Gran Fondo’s are run according to the Rule #83 from Velominati. One-day event that is acceptable but when it is a five-stage race with a GC ranking, one might think that a neutral support vehicle would be following the race; but no. So remember the Rule #83 – Be self-sufficient for this race.

The Gran Fondo concept is still in its infancy in China, but it is catching on and you can be assured to see more of these types of events in China over the next few years. The Colorful Yunnan Gran Fondo will be back this November 2015 bigger and better than the first edition. If you have not been to China yet, then this event is your perfect excuse to add the Middle Kingdom to your 2015 bucket-list. If you have previously cycled or raced in China, then this event has become an essential part of the race calendar.