I’m the first to admit that we are probably over doing it on the Velominati Kit article thing. That being said, I simply have to put one more out there, which will double more-or-less as a product review.

I previously wrote a piece on Radars and Jawbones wherein I asserted that Oakley Radars are the ideal cycling eye wear and the following about the Jawbones:

Imagine my amazement, then, when Oakley released the Jawbones.  They are ugly and look like they’d be even hotter than normal sunglasses, with no open-air system between the glasses and the cheek.  Besides, the dual-color version that many pros have been sporting is no good whatsoever and should be abandoned as quickly as possible.

I’m guessing that by this time you’ve figured out that I bought a pair of Jawbones.  As with many things in marketing, when you get beat over the head often enough with an image, you gradually become accustomed to it. Over the last season, my initial repulsion turned into acceptance turned into appreciation.

One theme with the Jawbones that helped win me over was that the pros started to get creative with the many color combinations available and used them to create a bit of a mean appearance.  A light-colored frame paired to a dark jaw gives a sort of “shovel” look – kind of like a bulldozer with it’s blade down. Enter the first of the Velominati kit concepts and my imagination immediately drifted to the Jawbones and possible Velominati-specific configurations.  Velominati Media Czar and I traded configurations and finally settled on silver frames, dark gray jaws, orange bolts, and orange lenses.  We were terribly tempted to opt for the orange jaws as well (in his words, “We both want to like the orange”, but they didn’t hold enough visual weight to create the “mean shovel” look, so we ultimately opted for the dark gray option instead.

Finally – after weeks of petitioning – the Finance Committee finally approved the purchase of said Jawbones (my Velomihottie holds a controlling vote).  Here you have them paired to our kit: 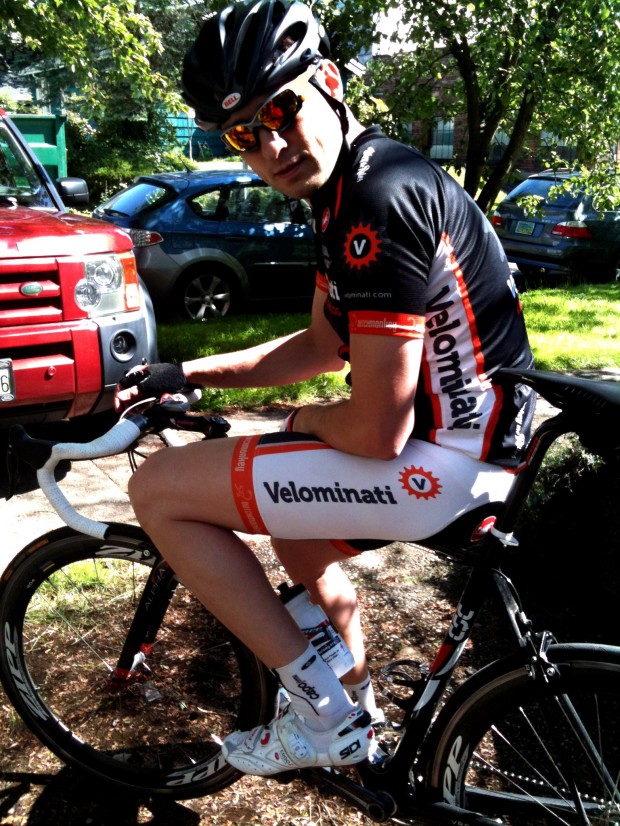 They did very well on their maiden voyage; light and not nearly as hot as one would expect with the vented lens options.  And, when they get a bit warm during a climb, they still fit perfectly into the vents of my helmet, so I’m still happy.