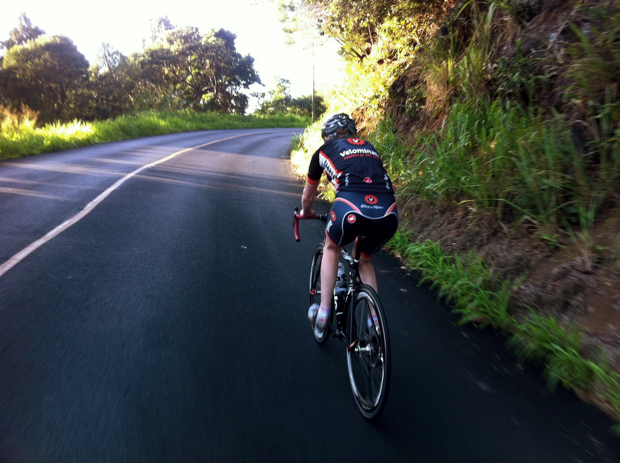 One score and seven years ago, I first swung my leg over my bike with a specific training objective in mind. I was 7 going on 8 years old and already behind me lay the days of the bicycle representing freedom from the claustrophobic confines of “walking-distance” and before me lay the unexplored world of La Vie Velominatus. In the summer of 1984, I decided to compete in the only long-distance ski race that didn’t have a thirteen year old minimum age limit, the Mora Vasaloppet. The race also held the distinction of being the only race that boasted a real awards presentation, complete with a full-size podium; this felt like a real race and I was determined to be part of it. 32 kilometers to race alone as an eight-year-old boy meant, for me, a considerable challenge and one I intended to meet head-on; not only did I want to finish, I wanted to win my “13 and Under” age class and stand on the only podium step worth standing on. And so opened the world of cycling for me – as a means to an end, but it wasn’t very long before the bicycle began to overshadow the ski.

My world was very quickly dominated by the bicycle. Leafing through every magazine I could find, my imagination transformed the photos and written word of the journalists into live, full-color replays of the races. The attacks were vicious, the climbs steep, and the sprint finishes close. Initially, it was very hard to gain access to cycling videos, and the videos that I did find failed to live up to the scenes constructed in my imagination. To this day, I prefer pouring over old cycling books and magazines and letting my imagination reconstruct the scenes to watching replays of races on video. The gaps left by the photos and words are filled in fanciful ways reality could never match.

From the very beginning, as I leafed through those books and magazines, I carefully studied and mimicked the Pros. Black leather shoes. Metal toeclips, leather straps. Gloves unvelcroed when it’s hot. Sunnies over the helmet straps. Forget the Ray-Bans; I was off to the gas station to buy a pair of imitation Oakley Blades. Exaggerated grimace when you’re working hard, exaggerated look of calm when not.

But the kit, oh the kit. This most crucial element of Looking Pro, it eluded me from the beginning. Even at a young age, I felt that team kit was to be worn only by those who earned the right to wear it and as such was off-limits. But because skiing remained my competitive focus all through my teens, I never joined a cycling team and as such never earned the privilege to wear team kit. That’s not to say I never strayed into Team Kit territory, but it always felt a bit like cheating and I carefully constructed parameters that allowed me to feel that it was acceptable.

In the end, skiing gave way completely to cycling and I eventually did earn the right to wear the Team Kit of the various clubs I joined. Kitting up for a ride, there is an intangible connection one feels that is hard to convey. You are making a statement of who you are as a cyclist, of where your allegiance lies. Where that allegiance lies for The Keepers is obvious and was the driver behind creating the V-Kit; we did so with the assumption that only we and maybe our family and closest friends would wear it. But before very long, members of the community were asking to wear it as well. One thing led to another and today the V-Kit is flown by Velominati the world over, on every continent with both mail service and an internet connection (we have not shipped to Antarctica, though we would if we were asked to).

Our order process is perhaps the most cumbersome in existence. Step one: Lay down your hard-earned cash, up-front. Step Two: Wait many weeks. Step Three: A brown paper package arrives containing your made-to-order kit. All because you decided that you want to fly the Velominati Colors and make your statement about who you are as a cyclist. To say it humbles us that is to suggest that the ocean is somewhat damp.

As the number of people wearing the V-Kit as grown, so has the demand for more than just a black kit. Long sleeve jerseys, white jerseys, black bibs, arm warmerss; now we’re onto knee warmers, knickers, caps for summer and winter, and gloves, socks, bidons. The list will continue to grow and we’ll continue to pick away at it bit by bit. But one of the things that became immediately apparent, however, was that while the women ordering V-Kit are actually quite comfortable in the men’s V-Bibs, they are not entirely thrilled with getting stark naked on the roadside any time they need to answer the call. Apparently there are also some differences in anatomy that we don’t need to get into, but the salient point to absorb here is that while men’s jerseys work fine for both sexes, women generally have different kit requirements than do men when it comes to the lower half. The Women’s V-Short quickly jumped to the top of the list of items to add and we set about making it so, as we are wont to do.

As long as we were designing a women’s-specific V-Short, we thought we’d also make it all black, as a means to distinguis them visually. From the moment the first pair arrived at the Velominati World Headquarters, I knew we would be designing an all-black bib. For clarification, please refer to the Velominata laying it all on the road in full V and VV style, rocking her V-Kit with Women’s V-Shorts.

As a last point, due to shifting time tables caused by much of the Castelli staff being at Interbike this week, we are extending our V-Kit ordering deadline to September 23 as they will be backlogged and won’t be able to process the order at the onset of next week as originally planned. Place your order by midnight on September 23 for the next V-Kit shipment, still scheduled to arrive in early November. If you have already ordered the V-Kit and would like to make changes to your order, please contact us.

57 Replies to “These Colors Don’t Run”