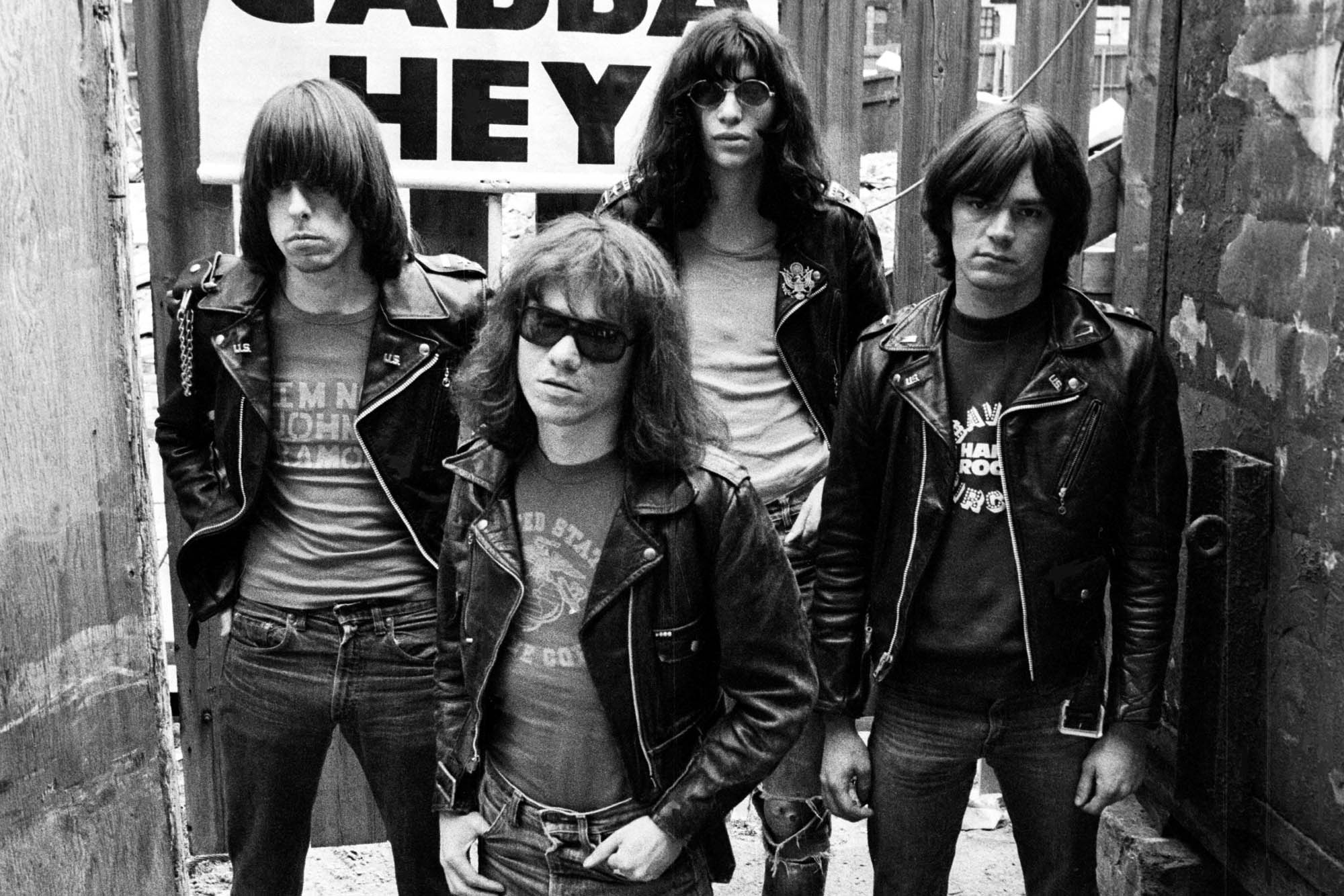 We’ve remarked many times on the connection between the pained musician and the Cyclist. Layne Staley and Marco Pantani being a prominent example of a reflection in a pond of mental strife. Perhaps something about finding strength – or at least some kind of peace – through suffering is a personality trait that Cycling shares with being an Artist. But sometimes it is much more simple than that. Sometimes, you just want to get psyched to get out and ride. Or to stay in and ride, as the case may be. @blackpooltower lets us in on his own dirty little secret.

Johnny, Joey, Dee Dee and the other assorted Ramones like Linda (yes, really, I checked) might not look like God’s gift to the performance-minded cyclist, despite Johnny’s quite aero hair, but in fact they’re practically a secret weapon.

I’d love to say that my training is all Man-With-Hammer-seeking epics and Moser hill repeats but frankly I live in central London, an hour from anything resembling countryside so, whisper it, I do also spend some time on the turbo. Filthy habit, I know. Sorry.

Of course indoor training is a bleak prospect without music. And it can’t just be any music. It has to be the right music.

So, if there wasn’t a band whose entire output was recorded at between 90 and 100 bpm, with irrepressible energy levels and just the right blend of anti establishment individualism (totally fake in Johnny’s case), catchiness and outright dumbness to keep an underperforming wanabe racer spinning those stupid fan blades round for one more effort … you’d have to invent them, no?

But no need. The Ramones, AKA punk rock pot belge, exist. Or at least their music does, and that’s the bit you need.