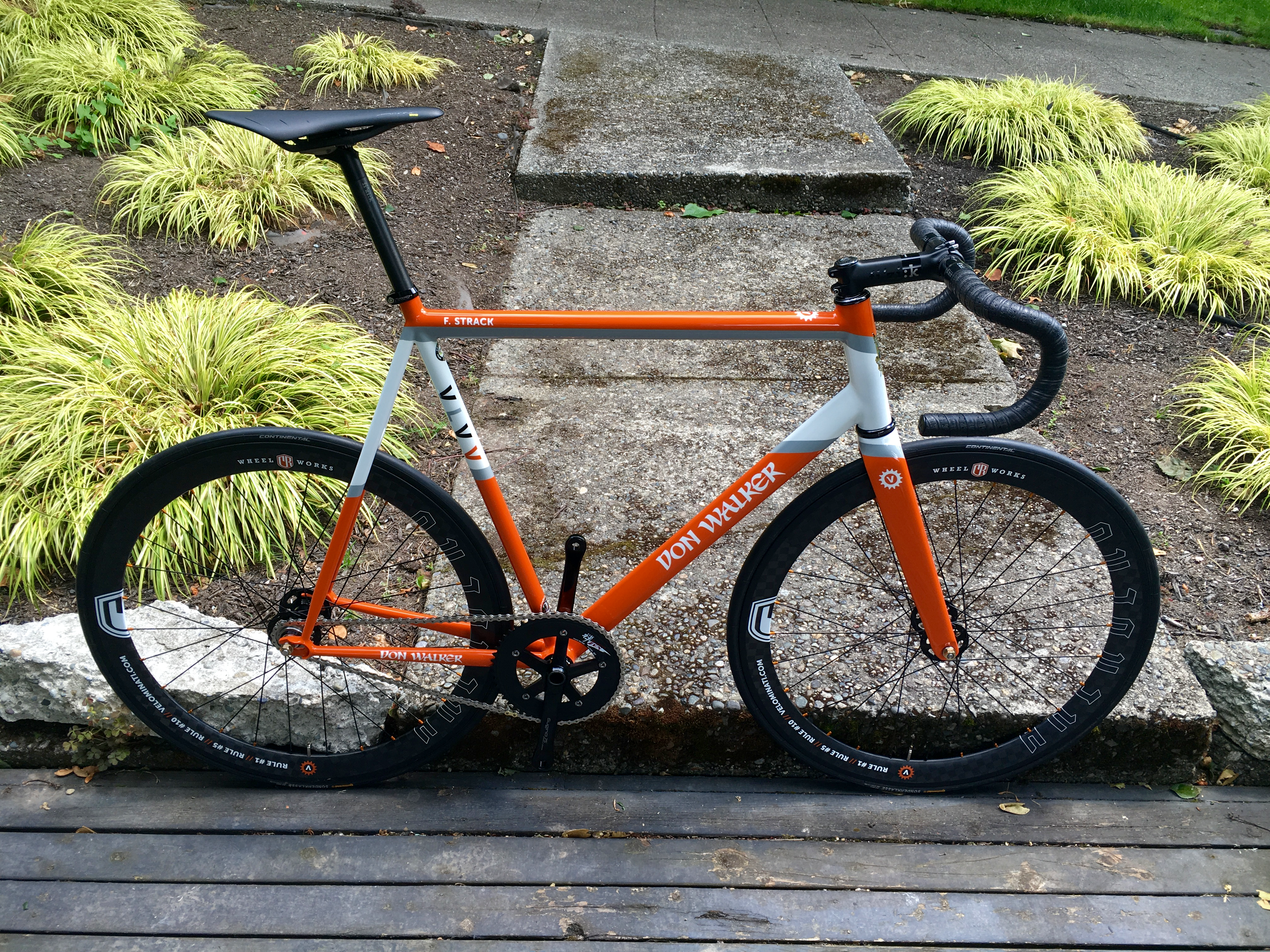 Festum Prophetae: Waiting for the Hour

Everyone has a plan until they get punched in the mouth.

The one thing everyone should always plan for is that however well-conceived a program might be, things will never go to plan.

The high level plan for my Festum Prophetae Hour Ride was as follows:

Suffice to say things did not go exactly to plan. The frame “needed” to be repainted because it got scratched by TSA coming back from NAHBS and my OCD kicked into full swing wanting to have it painted in VLVV colors. And Dan was having a hard time sourcing the hubs and rims he had spec’d for the wheels. Delays ensued. I may also have gotten distracted and lost track of the prescribed schedule and dependencies like having the frame in-hand in order to accomplish point V above. The frame made it back to me on Friday of last week and the wheels are in my flat as I write this, waiting for a final layer of glue before having the tires mounted.

I got less fat and in better shape before falling off the training wagon last week due to a tight work schedule. I quickly became more fat due to a wholesale refusal to reduce my alcohol intake to compensate for not training as hard as I should be. We call this phase of training “tapering”.

Since the bike isn’t even assembled yet, it follows that I haven’t done the time on the track, although @Haldy and I have used his crazy voodoo spreadsheet to determine a good gear choice based on my super-secret personal distance goal. As far as the rollers go, well those were sent by Keeper @Marko just as the weather started to get too good to justify riding indoors, so I’ve only spun on them a handful of times instead of the @Haldy-prescribed 2 hour sessions, twice a week. But I really couldn’t be bothered with that when I was laying down mad tanlines. (Rule #7 tends to be a priority when you live in Seattle. The struggle is real, people.)

Life is boring when things go as planned; chaos makes for interest. So here’s my new plan for tomorrow: Show up to the track early, get a feel for how fast I’m supposed to go, get used to holding the pace and get over the nearly irrepressible fear of falling off the track before diving head-first into the Pain Pool at 2:05. Try not to blow out the guns before the starter pistol goes off.

So head on down to the Jerry Baker Velodrome at 2:05 and heckle me. @Packfiller is driving over from Spokane to commentate (i.e. take the piss out of me) and we will be streaming the ride live at http://ustre.am/10hJX.

Special thanks to Don Walker, Café Roubaix’s Dan Richter, and fizik’s Nicolò Ildos for their support and sponsorship in provide the bits and pieces.

Eddy, may your strength flow through me and compensate for what a twunt I am for not Training Properly. Vive la Vie Velominatus, and may you each suffer on Festum Prophetae as the Prophet did for us.

119 Replies to “Festum Prophetae: Waiting for the Hour”