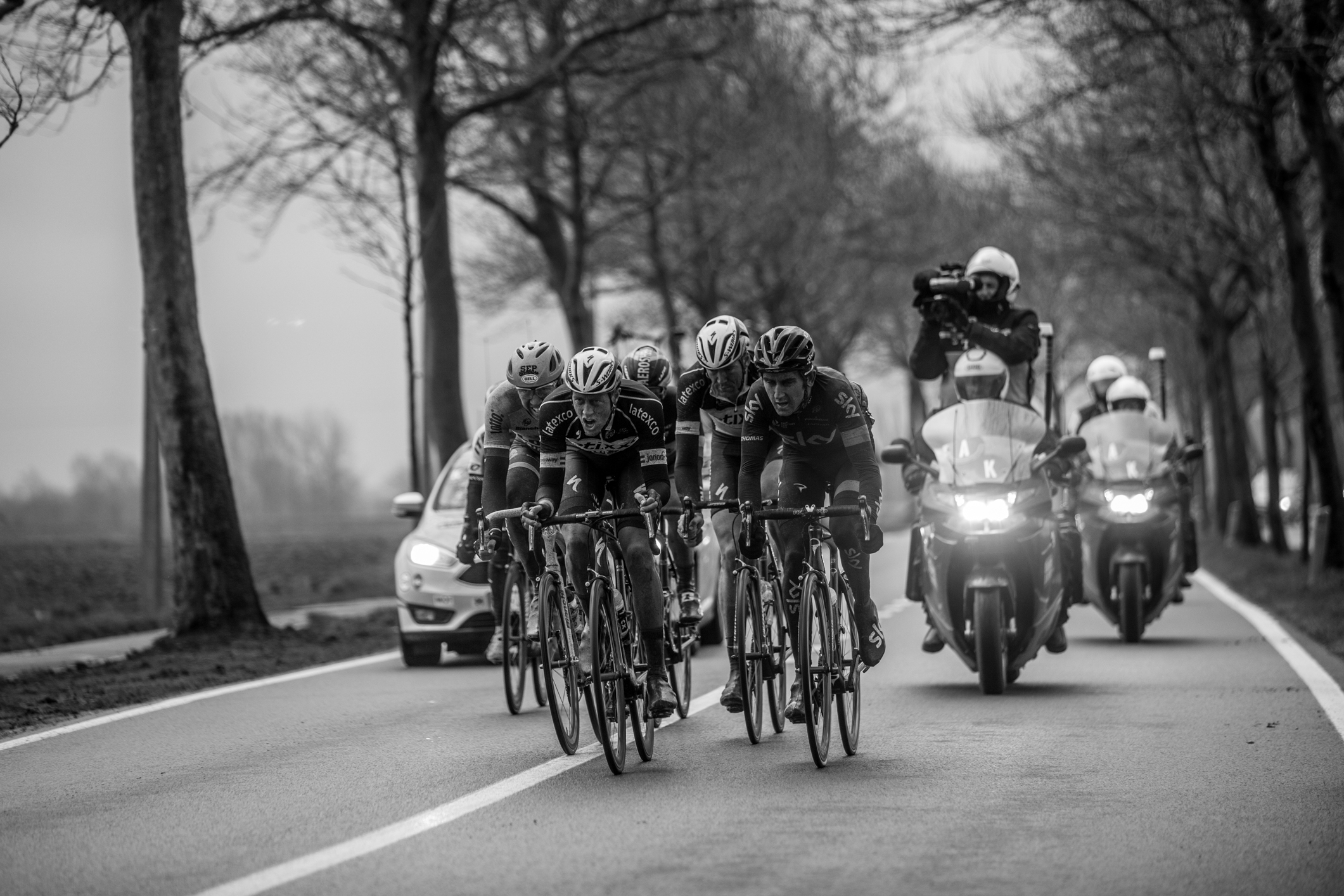 The wind-swept break in last weekend’s Gent-Wevelgem was a perfect example of the bike being the great equalizer. Stijn Vandenbergh, 2 meters tall and Luca Paolini, 1.74 meters tall were both there. And until the last few kilometers, no one would bet against either.

I’m always cheering for the tall professionals. I’m no pro but I am tall; it’s all I have in common, actually. In a sport where the average professional might be more Van Avermaet than Van Summeren in stature, it really does not matter. Had Nairo Quintana been in that break, he would have been just as much of a threat as any of the others. Not being fat is a given in cycling but beyond that, all bets are off. The question is how fast can one make the bike go? Short femurs, flat feet, no calves, little hands, gibbon-like arms (cough, strack, cough), horsey teeth, all are welcome on the bike.

As much as I have scoffed at Bradley Wiggins’ chances in Paris-Roubaix, mostly due to his twiggo-sized body, he can make his bike go very fast, again and again. He cannot be discounted.

We have all seen the highly unlikely cyclist disappear up the road ahead of us. I’ve learned the hard way to keep my mouth shut and judge no one by their short femurs. The same holds true for old bastards, but that is another article.

Luca Paolini showed what makes a successful racer. As he rolled over the finish line he pointed to his head and his heart. It was mind over matter: crash a few times, change a bike, solo bridge up to the break, get dropped by the break, chase forever to get back on and finally win from a select group that contained two Quick Step teammates. Bravo. Body type in cycling is no matter; it is all heart and mind.

32 Replies to “The Great Equalizer”