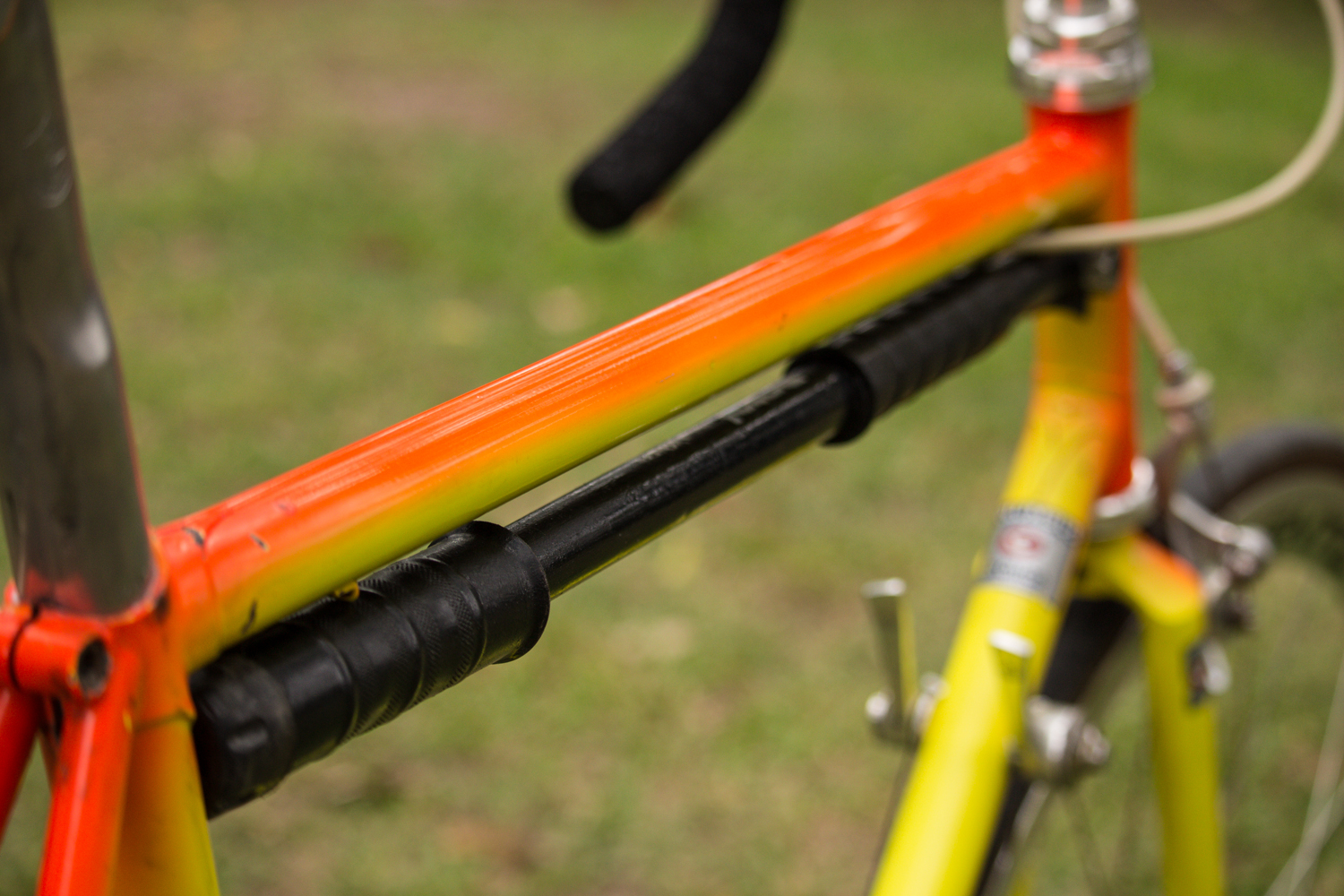 On Rule #30: In Defence Of The Frame Pump

Going against the grain is something I think I’ve been doing with some degree of success for a good portion of my existence. A lot of people look at my life with a kind of disdain, mixed with a hint of envy and a dash of bemusement; how could I not have a wife/kids/mortgage and get to ride my bike whenever I want, and get paid to do it? Why am I the one flying around the world while they have to perform a daily drill that not-so-remotely mimics that of Winston Smith?

For one who has made a life of not conforming as much as the Illuminati would decree, and who was seen as a serial non-conformist, being a conspirator of a cult-like group based on a set of tenets and with a name that mirrors that of an elite ruling class seems almost bizzare. “Rules are meant to be broken” was a mantra of my youth which now is the antithesis of what I espouse here. And being that guy, means that one or two of the very creeds I’ve coined are routinely broken. And if you think others don’t pick up on that and call me out for it, you’d be well mistaken.

My usual response to such examples is “I make the Rules, I can break them”. Sounds a little authoritarian, I know, but it also demonstrates that I, and you, can do whatever the fuck we want. Listening and learning and drawing inspiration is fine, and recommended, but blindly doing as you’re told (especially by those in extreme positions of power and through mediums we use every day) equates to nothing more than rolling over while you’re being repeatedly poked with a sharp stick and asking “please can I have some more”.

In some cases, there are caveats and post-scripts to virtually every Rule written, and circumstances are varied enough to warrant them. Which is why I’m running a frame pump on the $5 MBK that my father procured recently. A classic bike from the 80s that bears little resemblance to a modern bike (ie it looks way cooler), with components that definitely speak of the era from which they are borne. We weren’t rocking C02 or mini-pumps back then, and we didn’t piss around when it came to road-side inflation. In fact, I was rocking the frame pump until the early 2000s, when my frame tubes were still straight enough to accomodate the long pump without a bowed gap between alloy and plastic. It was the advent of carbon that killed the aesthetic, and then the application, and finally the whole concept.

On this bike though, it’s almost as if it’s mandatory. It looks right, and goddamn if using it isn’t the most liberating experience in my recent Cycling history. What a pleasure to feel significant gulps of air being moved into the tube with long, satisfying strokes, the positive resistance at the bottom of each stroke as the spring gives way to the rubber bumper, the way your whole hand can wrap around the grip and you don’t look like you’re stabbing your other hand with a toy knife. It makes fixing a flat an almost enjoyable, curse-free and, most importantly, brief experience.

It reminds you that in many cases, the past had it right and while we think that everything now has to be smaller and lighter and gives the impression of enhancing our lives, sometimes the tried and true is exactly that.