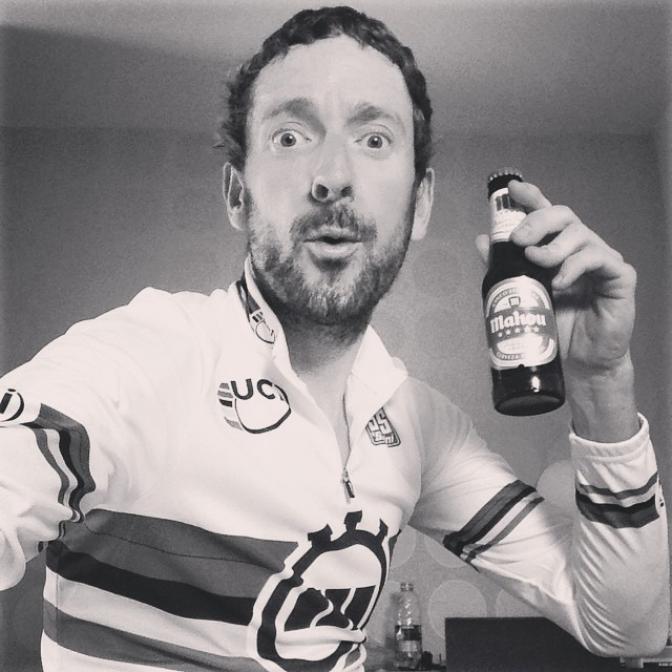 The Curious Case of Bradley Wiggins

Brad Wiggins is an enigma. There is a lot about him that makes him easy to dislike. That mopey, Pete Townshend look on his face and mop hairdo are the low-hanging fruit in this case, with the length of his socks being there to round out the podium in a close third. Also, he dropped Bont for Giro, which is unacceptable mostly because the Giros make his feet look like dolphin flippers. And don’t get me started on the beard.

His Tour de France win in 2012 was probably the least interesting of this century; the standout memory from that event being the rumours of back-of-the-bus catfights between him and Chris Froome. I’m picturing something out of the broom scene in Fantasia, which almost makes up for how crap the actual race was.

When he targeted Paris-Roubaix this year I was haunted by visions of him sitting on some hideous throne while trying to hoist that beautiful cobble over his head. Fans at the roadside were waving WIGGO flags around that had a cobblestone on it, which made me want to stop and start drinking simultaneously.

I’ve never been a fan, but somehow I’ve always found him to be one of the most interesting characters in the peloton and one who I continue to have my eye on, watching for his next move.

I feel strongly that when someone is at the top of the sport, there comes with that a responsibility to lead and to be an ambassador. At the same time, I’ve always appreciated his unapologetic uneasiness with leadership and with being in the spotlight. He was also the first person in history to call the whole of the Cycling public both cunts and wankers in a single press conference, which is so wildly offensive that it kind of goes full circle to being funny.

He was born in Belgium. You have to love that. And he’s the only Grand Tour contender to target a cobbled classic since Greg LeMond, albeit not in the same year. Finally, he has a deep respect for the sport’s history, to the extent that he raced up the Ventoux with a photo of Tom Simpson in his jersey pocket in honor of his fallen countryman. Not to mention that he’s a bit of a fashion hound, striving to look as Fantastic off the bike as on it. Our personal tastes may differ, but at least he’s a Velominatus.

Finally, he’s the only one of the Time Trial Triumvirate of Faboo, Wiggins, and Der Panzerwagon to stake out the Hour Record as a goal immediately after the UCI modified the regulations, and went on to crush it, restoring honor to what was once one of the coolest events in Cycling.

In a modern Cycling model where the principle objective appears to be repeating the same feats as many times as possible, I find it incredibly refreshing that Wiggo seems satisfied with achieving a goal once and moving on to the next challenge with little thought of repeating. What’s next for Brad Wiggins? Sounds like he’s hoping for some Olympic shenanigans but who knows. He’s done that before.

89 Replies to “The Curious Case of Bradley Wiggins”