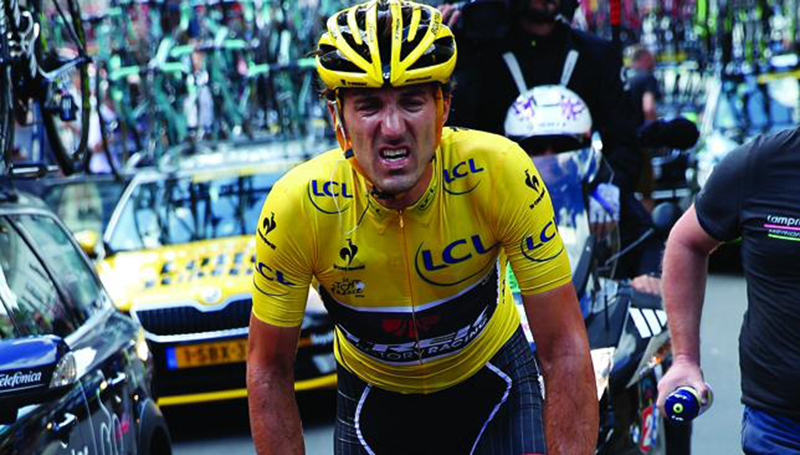 When it comes to hardmen, there aren’t many tougher than this guy. That he manages to mix massive amounts of V with similarly massive amounts of Casual Deliberation only serves to heighten the man-crushes of a bunch of older, fatter, balder men who see a visage of Spatacus looking back at us in the mirror every time we don lycra. We wish we could be him.

So I put myself into the mind of Fabs after his huge crash/broken back/ride anyway/forced to retire sequence the other day. The guy has had a lot of bad luck over the last few years, and as he gets to the twilight of his career, decisions need to be made. What Will Spartacus Do? Well, I don’t know, but I do know what Spartacus should do.

The only way for Faboo to go out is thus:

Shouldn’t be too big an ask.