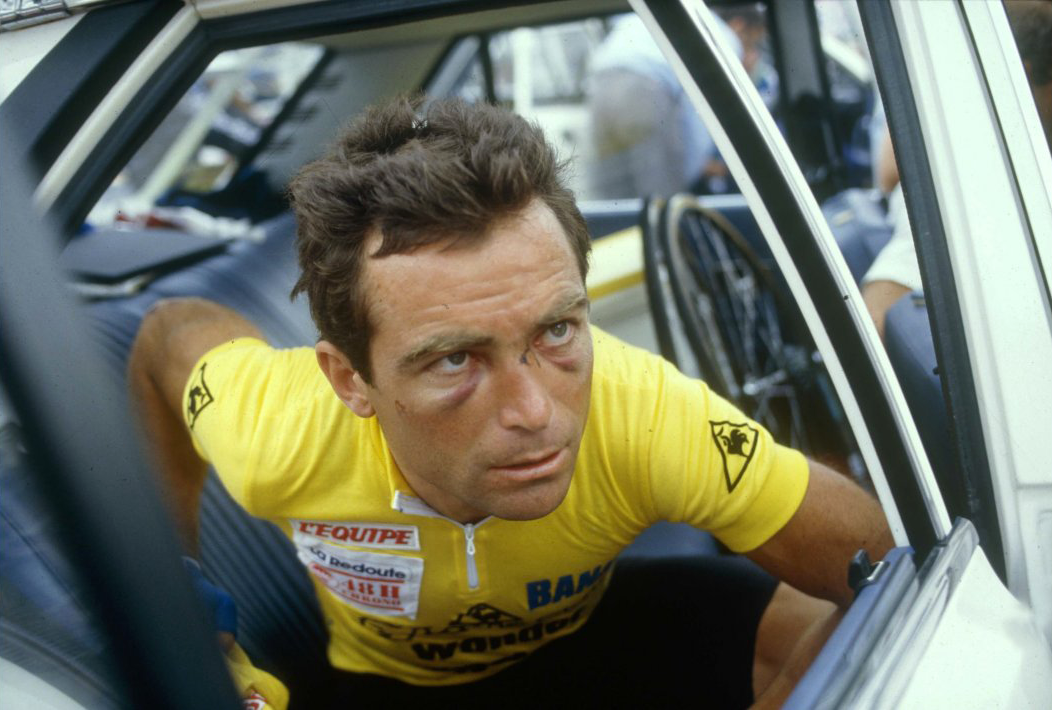 Three days in, and it’s already been a brutal opening week of the Tour. I’ve never heard of the Tour neutralizing part of the stage unless a Schleck was involved, but I was relieved to understand that the reason for the neutralization had more to do with how many doctors were available for the second crash than it did with the riders’ safety. That’s a load off; for a second there I thought the sport was going soggy on us.

Fabian broke his back for the second time this season, which makes me wonder what his plans are for the rest of the year. Appenzeller and blackouts seems like a good place to start; I don’t think he needs any more memories. Nibbles and Quintannaroo missed the split on Stage 2 and lost over a minute. Froome humped a lightbulb like a maniac up the Mur de Huy to take some more time on everyone but J-Rod. My Merckx, Chris can make a bike go batshit fast but fuck me if he doesn’t make it look absolutely horrendous. If everyone looked like him, I don’t believe I’d ever have gotten into the sport.

All this is to say that the opening week of the Tour de France sets it apart from every other Grand Tour; the large field, the level of competition, and the nature of the windy, mostly flat opening stages makes for chaos and chaos makes for crashes. How many riders have lost their chance at the Tour’s GC in a moment of inattention during the first 7 days on the bike? Even Hinault did a face-plant during the stage to Saint Etienne in 1985, although only he knows why he would be so reckless as to contest a bunch sprint in the first few days of the race.

Froomedog looks very good. On paper anyway, he looks horrible on the bike. I mean, look at him. He looks Nibbles in 2014 strong. Nibbles looks fit but seems a bit inattentive. Quintana looks overwhelmed. Contador looks fit tired. Everyone but Froome is looking for their peak; the only question on Froome is whether he’s peaking too soon. Remember that l’Alpe d’Huez comes on the Saturday before Paris.

The first signs of weakness are exposed in the first week of the Tour. And tomorrow we ride the cobbles. Fuck yeah cobbles.

88 Replies to “The First Weak”