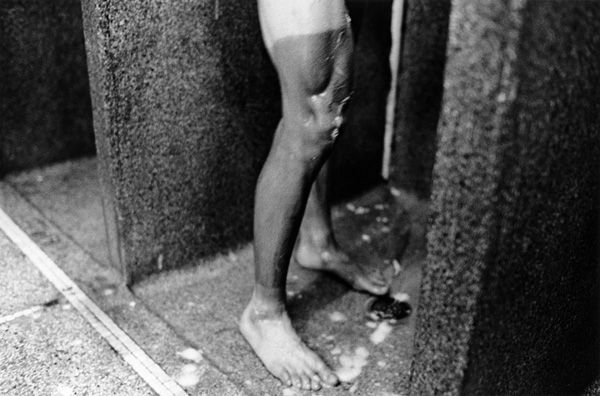 Kids are assholes. Kids are also sensitive and vulnerable, and the two extremes are usually not found together in the one vessel. When you’re a kid, or more specifically a young teenager, being skinny (or conversely, overweight) can be somewhat testing for a developing brain. Processing jibes and deflecting taunts from meatheads and low-rent bullies brandishing such cerebral gems as ‘stick legs’ and ‘bones’ becomes a daily exercise in futility, eventually recognised for being exactly that once maturity takes hold (and school days disappear in the rear-view mirror), thereby flushing (some of) the human detritus from your life. Heck, I wasn’t even a Cyclist during my high school years (but I rode the shit out of bikes every day), which possibly saved me from more targeted and specific lines of insults which the only ‘real’ Cyclist at the school, Alan Masson, would regularly encounter. Even I thought he was a bit of a freak, his tall, lean frame and shaved pins standing out like dog’s balls among the squat, hairy, scarred stumps of the footy crowd as they hunted in packs for their seemingly weaker victims. Little did they really know the skinny freaks would have the last laugh.

Even after joining the strange sub-culture on two wheels, acceptance didn’t come easily. Not from anyone else, but from myself. I was among fellow skinny-legged freaks, a collective of popping veins and nobbly knees, yet pulling on a thin layer of black and pink Lycra (the choices were limited and largely fluoro in the early 90s) still didn’t seem like the best way to fade into the background or go about my business quietly. Luckily, as I was exclusively a mountain biker then, the advent of baggy shorts saved the day not just for me, but every dirt rider who wasn’t an XC racer. The pins were becoming more toned by now, and shaving came onto my radar when I bought my first proper road bike shortly after. That’s when I noticed what I thought made me even more of a freak; my left leg seemed to be bigger than the right. At least, more toned.

One-legged pedalling drills followed, in an attempt to even things up. Calf raises, leg extensions, squats, whatever I did would only serve to keep things uneven, while still barely increasing musculature in both legs. I decided to check out other Cyclists for the same affliction. (Now, to be clear, this is not a massive discrepancy that has small children crying and running away.) I was heartened to find that Single Gun Theory wasn’t just a great Australian 90s electronic/trip hop outfit, but a common occurrence in a good number of Cyclists. Similar to some tennis players having a more developed racquet arm, and golfers an over-developed belief that what they do is ‘sport’, most of us will favour one side of our body for undertaking most common tasks, sometimes alternating different sides for varied exercises. My right arm is stronger and bigger than my left, yet the left gun is the boss downstairs. And I can’t explain it.

It could be any number of physical things that causes SGT, but I’m not too worried, as long as both guns fire, whether one’s an AK47 and the other a starter pistol, it matters not. If the worst that can happen is singing Zappa songs when I’m riding, I’ll take it.

“One of my legs is shorter than the other
‘N’ both my feet’s too long
‘Course now right along with ’em
I got no natural rhythm.”