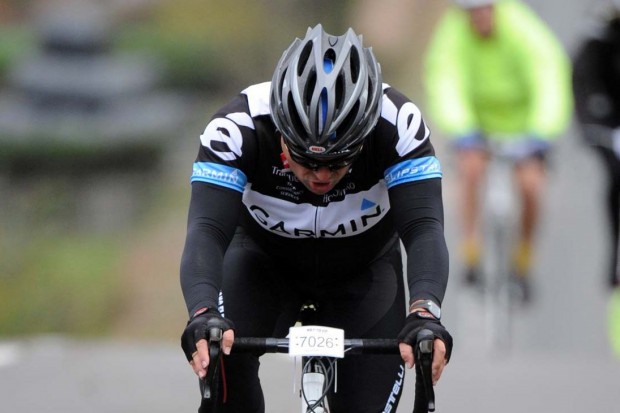 One of the cairns on the unknowable path to Cyclist is riding one’s first unimaginable distance. In the non-metric world it would be the first 100 mile ride, an unholy distance if one has never done it. And there is nothing for it. Come up with a rationalization, a plan, an excuse, something that forces one to cover 100 miles (or close to it) on gun power alone. @chris joined a cyclosportive ride to force the issue and here is his excellent tale.

Edric’s Windy, Wet, Wild Wiggle or to give it its real name “The Wiggle Wild Edric.” Edric, apparently, was a bit of a bit of a Shropshire hardman back in the day. Not sure if he ever rode a bike but you couldn’t imagine living in the area and not riding. I’ve never been much good at choosing the sensible option and I’d picked one of the UK’s hillier sportives for my first big ride -156km including four big climbs. (Truth be told, I’m a bit annoyed they couldn’t have made it a proper century!)

Six am or thereabouts on Saturday morning saw me in the kitchen at my aunt’s house with a saucepan of porridge on the Aga and a pot of coffee brewing. The weather station was suggesting a falling barometer and an outdoor temperature of just under seven degrees. Looking all a bit Rule #9, I was relying on the forecast of low wind. After eating I headed back up to the bedroom to get ready and coax my wife out of bed for a lift to the start, 35km away. I felt remarkably pro rubbing embrocation into my legs for the first time (@Marcus’ suggestion regarding the correct order for application of Butt’r and Embrocation was much appreciated at this point although it’s trickier than I had thought when wearing bib tights – no possibility to get the jewels lubed and squared away before rolling up the bibs to apply the embrocation!)

A timing chip, sent out by the organizers, and some electronic wizardry meant that there was no queuing for registration. Just turn up, a quick word of encouragement from the starter and go. I started at the same time as five or six others but set off at my own pace, the others either starting too slowly for my liking or haring off to catch up with teammates. Having no experience of large organized rides like this, I suppose I had naively expected groups to form and drag everyone around the route – each taking their turn on the front, of course.

The first climb started fairly gently after 9km but soon tilted evermore upwards at 13.5% onto the top of the Long Mynd. The damp moss-covered tarmac didn’t help and a couple of times I felt my back wheel spinning out. Everyone seemed to be going at roughly the same pace at this point but I was surprised at such an early stage to see a few people pushing up.

The descent was even steeper and required constant braking that gave no real relief. From there on, the next 35km consisted of fast rolling hills to the first feed station. I was still riding solo for the majority of the time but for a brief period, I did get on the back of a group being led by a tandem. Nobody else in the group was taking pulls and the tandem pair was going like a train. It turned out they were all part of the same club. They pulled over not long after I joined them to help out another teammate who had punctured.

A long climb into an increasingly strong wind followed the feed station, then another steep descent and more rolling hills. The second climb was the least savage of the four and I surprised myself by going up more quickly than many and for the most, only midway through the block.

There are two course options, the 156km long course and the 94km short course which share the same route for the first 80km. Turning right at the split and ignoring the road sign that promised warmth, ale and chips a mere 14.5km away was probably one of the hardest bits of the route but the thought of explaining such a lack of moral fibre meant that it was never really a serious consideration.

At 94km or so I hit the bottom of the third climb, 150 meters or so of straight up. The profile says it maxes out at 13.6% and that may be true if you were to hop on your bike at the bottom of it but after that distance, it felt more like 500 meters of 22.5%. My brain tried to tell the legs to shut up but the rest of my body was forced to point out that the legs were no longer producing enough forward momentum with which to balance. As the butterflies settled on the 27 tooth cog I was forced to get off. I was back on the bike after a short walk but found the next 9 or 10km of the climb to be one of the toughest things I’ve ever done. The wind was really getting up and I was beginning to get seriously cold (what I would have given for my much awaited Long Sleeve V-Jersey at that point!).

Thankfully, after a couple of tight switchbacks, the descent was easier than the others with 25km of riding sur la plaque. In the six months since the passion switched from mountain bikes to road bikes, this was the most focused I’d felt, the V-Locus perhaps. I was beginning to feel a rhythm and cadence that I could maintain, I was in the drops, head down and keeping pace with two riders ahead of me that I occasionally spotted as I came onto a straight.

After a brief bout of nausea and forgetting that there was descent in the middle of the final climb, I was soon on the last section, 20km of gentle rollers into the finish. Again I found my groove and before I knew it I was chasing a chap on a single speed 3km out from the finish. I was gutted to pull past him only to have to stop at a major intersection 100m from the end. He drew alongside me and got clipped back in bit quicker to get over the line before me.

I was delighted to hear clapping and cheering from Mrs Chris as I crossed the line. She’d judged the timing perfectly and had only been waiting for a few minutes. I was whisked back to base for tea, cake and a hot bath before heading out to the Lion and Pheasant in Shrewsbury to celebrate with duck rillettes, a monster rib eye and bottle of ChÃ¢teau Teyssier.

The ride took me 7 hours and 27 minutes which gives an average of just under 21kph. Taking out approximately 20 minutes for feed stations and “comfort”, which due to the cold were more frequent than I’d expected, raises that slightly. I placed 110th out of 140 finishers. The fastest was two hours quicker and the slowest came in an hour after me. Before the ride I’d had no real idea of what to expect either from the conditions or in terms of time, but I was aiming for about 6.5 to 7 hours. Given the course, the weather and my relative lack of training, I’m really pleased with the result but I reckon there’s at least an hour to come off that time.

Looking back on it there are couple of key things that I’ve learned:

Anyone fancy it next year?