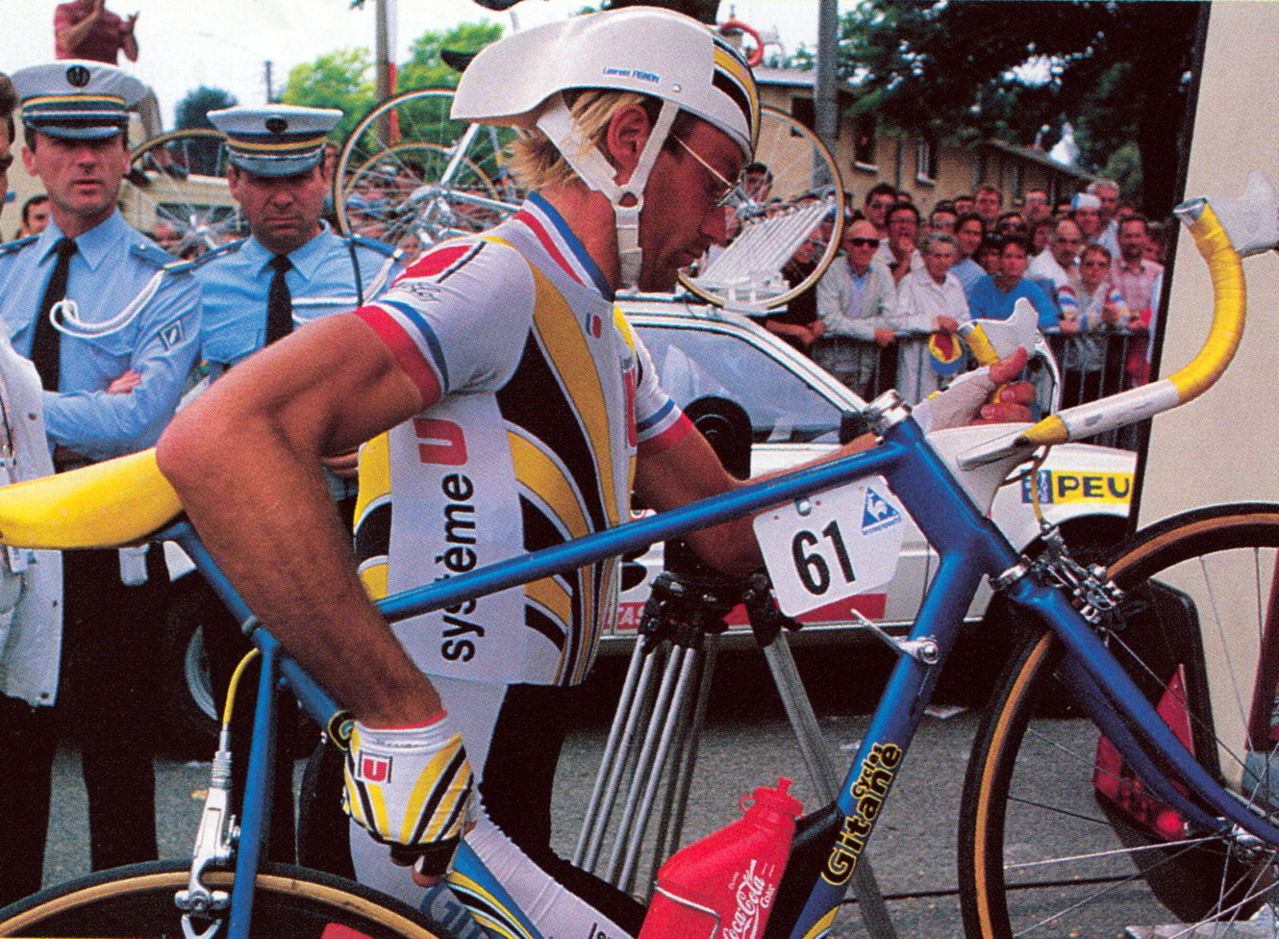 In Memoriam: The Funny Bike

Summer, it appears, has been snatched abruptly from Seattle’s grasp, like a squeak toy from a puppy’s mouth. A week ago, we were setting record temperatures which were sadly playing their role in producing the worst wildfire season the state has ever seen. On the plus side, I haven’t ridden my Nine Bike in so long both its tires were flat as it hung against the wall in the VVorkshop. This weekend saw its reemergence as high winds, rain, and cooler temperatures gripped the city. It was like Fall swaggered over and gave Summer a snuggie before shoving it in a locker.

Change is a catalyst for introspection, and it just so happens that coinciding with this change in weather is the announcement of SRAM’s eTap grouppo.  Apart from bringing back Mavic Mektronic’s nightmare wireless technology, eTap offers the first genuine innovation in Cycling shifting technology since the invention of brifters. Instead of mimicking how mechanical shifters work, eTap designates the right and left paddles for either up or downshifting; pushing both paddles at once toggles the front mech. While this eliminates my revered double shift, I have to admit it makes an awful lot of sense, although I will reserve judgement until I try it – just to make sure it isn’t more “awful” than “sense”.

As change brings introspection, so I find myself once again thinking back on when innovation was a fixture of our Sport. Innovation, it seems, flows like a tide. From the 1890’s to the 1930’s, the sport was under constant flux as we evolved from the basic safety bicycle to a machine with inflated rubber tires and gears. From there the evolution was incremental until we hit another period of wild innovation in the 1980’s.

Before 1983, “aerodynamics” was turning your bicycle cap backwards. From 1983 and beyond, innovation was mounting a pair of cowhorn handlebars midway down your steerer tube, slipping into a lycra onesie, and donning a plastic airfoil as your headpiece. Fuck yeah.

The bicycle changed dramatically from the early eighties to the late nineties; and the change appeared unstoppable until the UCI started regulating its advancement on account of “safety”*. What we once considered radical developments have become either standard bits of kit or novelty items worth collecting. Downtube shifters fall into the latter, with aero brake levers, brifters, aero bars, and carbon-fiber frames falling into the former.

The Time Trial bike was the pinnacle of innovation, to the extent we referred to them as “funny bikes”. At first it was cowhorns and airfoils attached to the saddle. Then it was wrapping steel tubes in fiberglass to smooth them out. Finally, it was aerobars and tiny front wheels to allow the bars to creep ever lower. The innovation ran over into the Hour Record, which saw attempt after attempt at the hands of innovation after innovation. It was my favorite time in Cycling.

As much as I dislike the idea of electric shifting, SRAM eTap group gives me hope that practical innovation still holds a place in our sport. Vive la Vie Velominatus.

*While it turned a blind eye to or, even worse, aided blood doping

80 Replies to “In Memoriam: The Funny Bike”