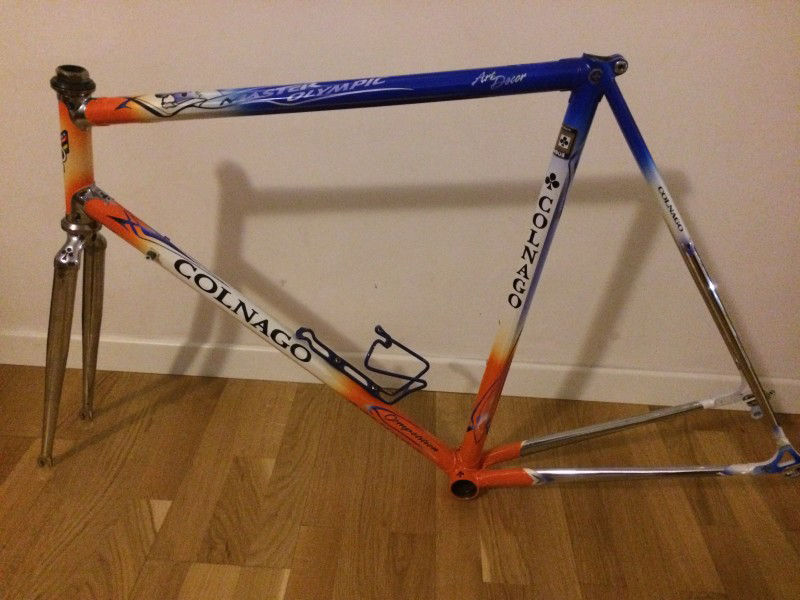 Last weekend I don’t know what was going on, call it fate, call it alignment of some fucking planets, call it whatever the hell you want, it was surreal. As a committed Velominatus, I know all the Rules very well especially Rule #12, but after buying a nice road bike recently and with a tight budget situation, I was planning to let a deliberately casual amount of time pass until Rule #25 and especially s-1 was closely tested. On Friday, my wife, who is addicted to a website where people sell used furniture and stuff, which was always ugly new or used, ended up buying a sofa and I was more or less drafted into helping her carry it. It turned out to be ugly, uncomfortable, but most of all extremely fucking heavy. Carrying it was torture. Finally I sat down on the abomination and ended up slamming some piece of wood and I thought my curse was complete. Apparently during this whole ordeal my level of enthusiasm was registered by the wife, and I was in the doghouse.

Then on Sunday, she showed me, for reasons which I will never understand, a search on aforementioned website, a search for a Colnago Master which turned up a beautiful frame in my size. This woman who had just put me through this ordeal said to me “Hey look, you always wanted a Colnago, doesn’t this one look nice?” In fact, it was absolutely the coolest art-deco painted frame I had ever seen, and I was already imagining the awesomeness of this frame with a new Campagnolo Super Record group and modern wheels. So I, in a deliberately casual way, tried to work out the Rules of Engagement with my wife, all of which I ended up ignoring (“Just reserve it and think about it overnight”, “Maybe he will take one of your other bikes in trade”…).

I went over to see the guy on Sunday and I encountered a veritable bike coolness museum with more than 40 bikes. He had everything, from a Colnago C40 to Pinarello this and that to a gold plated fork to a Gios Steel Frame.

The Colnago Master Olympic was beautiful, it was amazing and in great condition. I had no choice, with some guilt and difficulty, I realised I was hooked and had to get it. So I bought the frame and started hoping that this was the n+1 part of Rule #12, and not exceeding the s-1 variant.

Due to some crazy turn of fate, planets, cows farts or something or other, I am now in possession of bike #4. When I got home, there were further probing questions from aforementioned darling wife, “How much will it cost to build up the bike”, “Can you do this by yourself”? It was extremely hard to avoid the money question, so I tried hard to avoid being pinned down on a figure all the while trying to imagine a Campagnolo 80th Anniversary Super Record groupset on this frame. The “can you do this” question is a classic, I am trusted at work to build, manage and run power plants worth hundreds of millions, but at home every time I take a tool in my hands my abilities are ruthlessly questioned.

So now the plan is to build it up in a modern, classic mix that I will like, many won’t but big deal. And in the end, I am feeling pretty ok with the world and looking forward to finally taking it out for a ride, but also agonizing over the wheelset (Shamal Ultra or Vento?). I am also very thankful for the awful sofa which may probably more than cow farts in China or alignment of planets led me to getting an awesome classic frame. Of course my beautiful wife played a huge role in this, but if I am starting to be honest about this, I might have to admit what my bikes really cost.