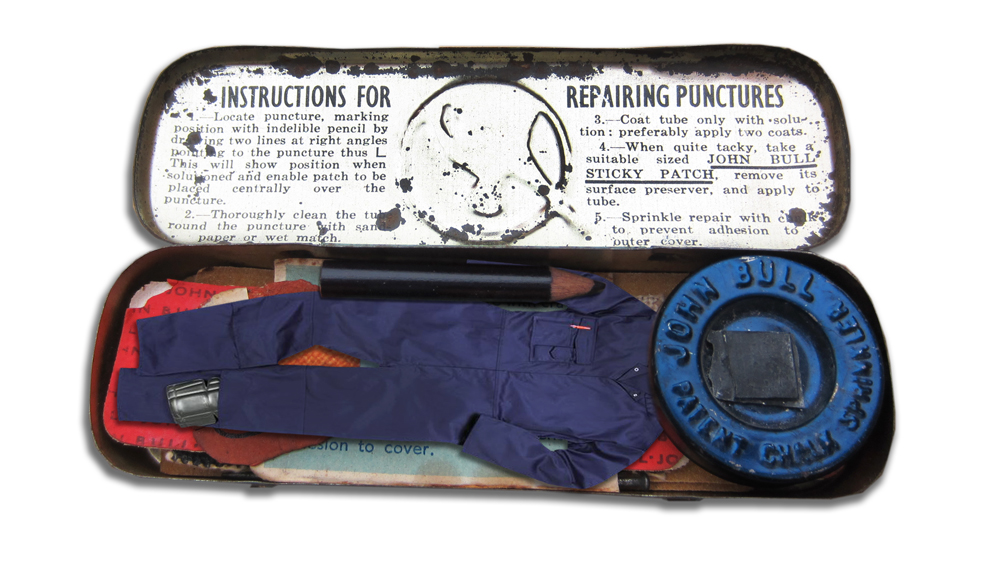 @snoov moves the topic away from Lance, doping, EPMS, and Berty’s Spanish adventures. Our brains are so crammed with nonsense our childhood memories get jammed deep down into the center.  A memory waits to be released and sometimes it’s a remembered smell that floats it up to the surface.

My front tyre has been losing more air than the rear for a couple of months now. I’d just figured it was the valve as I had clumsily bent the little pin that’s inside while removing the pump before we hit the road. I bent it back and it seemed to be okay. It has always lasted our rides but this evening I decided to strip the tube off and test it in a basin of water. To my surprise there was no air escaping from the valve but there was a tiny hole in the tube so I patched it up and put it back on the bike. It occurs to me now that the low pressure of a tube out of the tyre is nothing compared to my normal 120psi and so if the valve was leaking, this test probably wouldn’t show it. Then I decided to test all the tubes I have lying around and repair any holes so that they’re all ready to go. To be fair I’ve only had two punctures since taking to the roads and one was a classic pinch puncture bumping up the kerb-cut right outside my flat as I arrived home from a ride.

I didn’t find any holes, but when I let the air out of the first tube right in front of my face I took a deep breath of the expelled air. The smell was delicious. It brought back memories of the many punctures I’ve fixed in my time on bikes. It brought back the lesson I learned when my Dad dropped me off at the only skatepark in Scotland and at the time when it was one of the best in Europe. I had an American BMX that I’d begged my parents to order over for my birthday and Christmas which I’d also committed my life savings towards, an SE Racing Quadangle. I had arrived with a puncture which I planned on making good but after pumping it up for the second time and rolling forward … pssss. I was too keen to ride and one of the locals asked if I’d checked the tyre for glass. I hadn’t and found a large piece straight away, once the third puncture was fixed my Dad arrived and it was time to go home, day wasted.

The smell also took me back to when I was still at Primary School (maybe 8 or so) and had gotten my first puncture. I went into the house and told my Mum. She said we’d have to go down to Woolworth’s and get a Puncture Repair Outfit! Now that was exciting, I remember thinking how great it was going to be and tried to imagine what it would look like, what it would consist of and even what colour it would be. The disappointment of not being able to ride my bike had completely disappeared, I was getting a Puncture Repair OUTFIT!!! Not only was I going to be able to fix punctures, I was going to look fantastic while doing it. I hadn’t even begun to imagine what other activities would now be open to me. So, we got in the car. We drove to the shops down near the beach and esplanade. Parked up and walked towards “Woolies”. I can’t help wondering if my Mum had noticed my level of excitement, and maybe questioned that somehow, my expectations were somehow out of wack. I’m pretty sure she noticed the tears though, when she picked up the box and showed it to me. It was about 15 centimetres long (6″) and I just knew that there was no way going to be an overall in there. 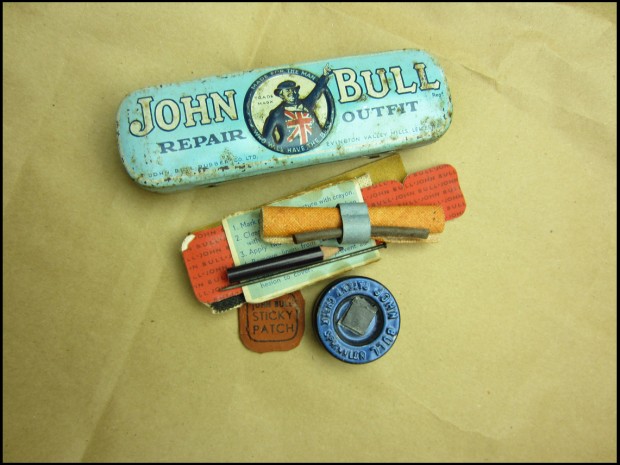