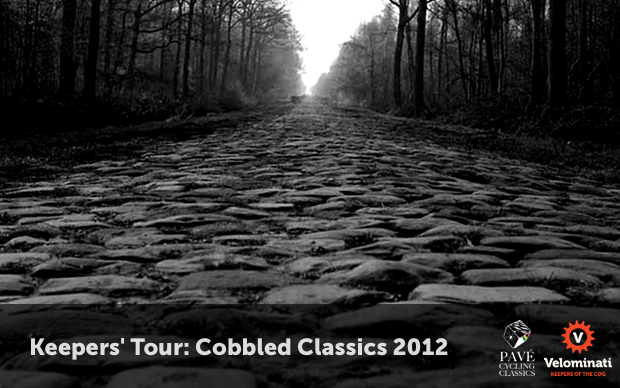 It’s referred to as the Hell of the North not for the misery the race causes on its riders, but for the landscape the route carries the riders through. Terrible, unimaginable things have happend there. Napoleon’s troops marched those lands, falling by the thousands at the bayonet and cannonball. More recently, the First World War took place there, a war fought with something resembling modern weaponry but using something too closely matching classical battle-line tactics.

The kind of agony that escaped the bodies of the soldiers who died on those fields is the kind that seeps into the ground and hangs in the air for centuries; you feel it in the air even from a distance when you first disembark the plane at the airport.

For those of us who love the Northern classics, there is a special week when the greatest one-day races of the year are held, de Ronde van Vlaanderen and Paris-Roubaix. Both races are equally magical, for what Flanders lacks in the roughness of its cobblestones, it makes up for in the steepness of its muurs. Similarly, what Roubaix lacks in decisive climbs, it makes up for with the savage granite paving stones known as the pavé. Which is the tougher race? We intend to find out; join us for this magical week in Belgium and Northern France to ride the roads and watch the races first-hand.

I don’t think any of us dream of riding the cobbles of Northern Europe in the expectation that it will be enjoyable in a classical sense anymore so than any of us harbor the notion that resting your chin on a running jackhammer would provide rest for an invigorating nap. Quite the oposite, in fact; this is the type of experience that starts to become enjoyable only the moment you’ve climbed off your bike, and becomes more so with every day that passes after. But the memory will stay with you for ever, and the lessons you learn about yourself during such a physical challenge will strengthen your life and harden your character for all your remaining years.

I should think that those of us planning, hoping, or wishing to go on the Keepers’ Tour share a healthy degree of apprehension about climbing the steeps of the Kapelmuur or dashing down the Troueé l’Arenburg. Questions are creeping into our minds about frames, wheels, and handlebars, wondering how best to modify our bikes to endure the the roughest roads the Pros race on, even if there might be some difference in the speed with which we do so. But after having accomplished the feat, we’ll in some small way identify more viscerally with what the Pros experience when we watch them race the same roads on Race Day.

Attendees of the full 9 day Keepers’ Tour will be greeted with a Velominati Musette stuffed with a commemorative V-Pint and V-Shirt. Given the abundance of Belgian beer, the V-Pint will be well used. We will also have a Velominati Flag to wave at the races. A Cogal welcoming all riders will also be arranged, details pending finalization of the itinerary. Also note that only attendees of the full Keepers’ Tour will be eligible to ride with Museeuw and to join the Merckx Factory Tour. Weekend and Daily Tour attendees will be eligible to buy the commemorative V-Pint directly.

We’ve made a few adjustments to our itinerary; confirmed are the ride with Lion of Flanders, Johan Museeuw (who is such a badass his last name even rhymes with the Flemish word for Lion, Johan Museeuw, de leeuw van Vlaanderen) and tour of the Eddy Merckx Factory. Updated (but still preliminary) itinerary, guided by Pavé Cycling Classics:

[product buttonid=”3FBBYVSTR5B6W” unitname=”Keepers’ Tour Gift Letter” unitprice=”0.50″ unitoptionslabel=”Gift” unitoptions=”Keepers’ Tour: Cobbled Classics 2012″ image=”http://www.velominati.com/wp-resources/products/v-gift/v-letter-thumb.png” shipping=”Shipping is free to domestic and international addresses.”]The V-Gift letter is intended to be given in leiu of giving the Keepers’ Tour on the day of an occation. It is carefully crafted and personalized before being printed on thick parchment paper and sealed with a hand-dripped wax V-Seal for wrapping and giving on the day. This beautiful letter can be wrapped and given to its recipient, announcing to the recipient the impending Glory of Merckx which will befall them upon their arrival in Belgium in April. The cost of the letter is only to cover the cost of postage.
[/product]