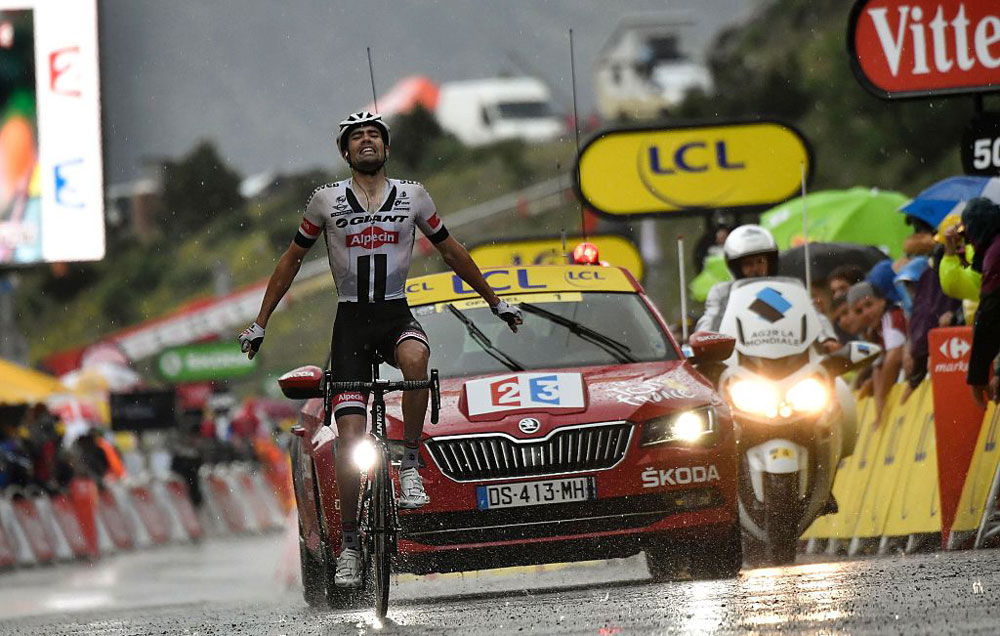 Cycling is made up of hundreds of minute details, forming a larger entity which is generally simplified and viewed as the intrinsically simple act of riding––or racing––a bicycle. Getting on and pedalling, fast, may be the crux of winning the Tour, Roubaix, or the local B grade crit, but if it is held as the most important aspect, then the real substance, beauty, and purpose is sadly lost.

Races such as the Tour form a part of that, sure, but it’s the micro-elements––ones that go far beyond a bunch of men kindly letting another man beat them soundly while looking like he couldn’t beat time with a stick––that most pundits or once-a-year fans will undoubtedly overlook, or possibly choose to ignore, or maybe just think are too ridiculous to bother talking about. Like lights on legs.

As another insomnia-curing stage unfolded before , we looked for something, anything, to focus on to prevent throwing a brick through the screen at a yellow abomination, or pour hot tar into our ears to drown out the senile uncle who can’t remember your (or anyone else’s) name and just won’t fuck off. Anything. Rain clouds on the horizon. Some running-selfie-dickhead falling over. An attractive spectator. A dog. Anything.

The rain came. It provided hope. It delivered little in the way of affecting the race, yet provided the best imagery of the three week slumber. Imagery that has been played out for decades, whenever rain comes to a bike race. Among the trees the black tarmac glistened, drops as big as Pharmy’s ball cascading down, bouncing off in futile attempts to return to the sky, repeatedly failing against the unbeatable gravity. Newly-formed rivers intersected paths with various-sized rubber donuts. Skin burnt dark and coated with an invisible paint that doesn’t colour but enhances. The yellow/white glow of light from a convoy of superfluity, adding little of value or need. Except to enhance the chiseled, sinewed pistons before it, illuminating every revolution of an unrelenting rhythm, a glow that elicits warmth even when coldness, loneliness, pain and monotony are the cardinal factors as witnessed by the demeanor of the protagonists.

We are all voyeurs. If we can’t get no satisfaction from an actual battle, then we instinctively look for other comforts, the familiar. Lights on legs on a rainy day in the French Alps is surely the Cycling equivalent of a tot of whiskey in front of the fire.

24 Replies to “Lights On Legs”