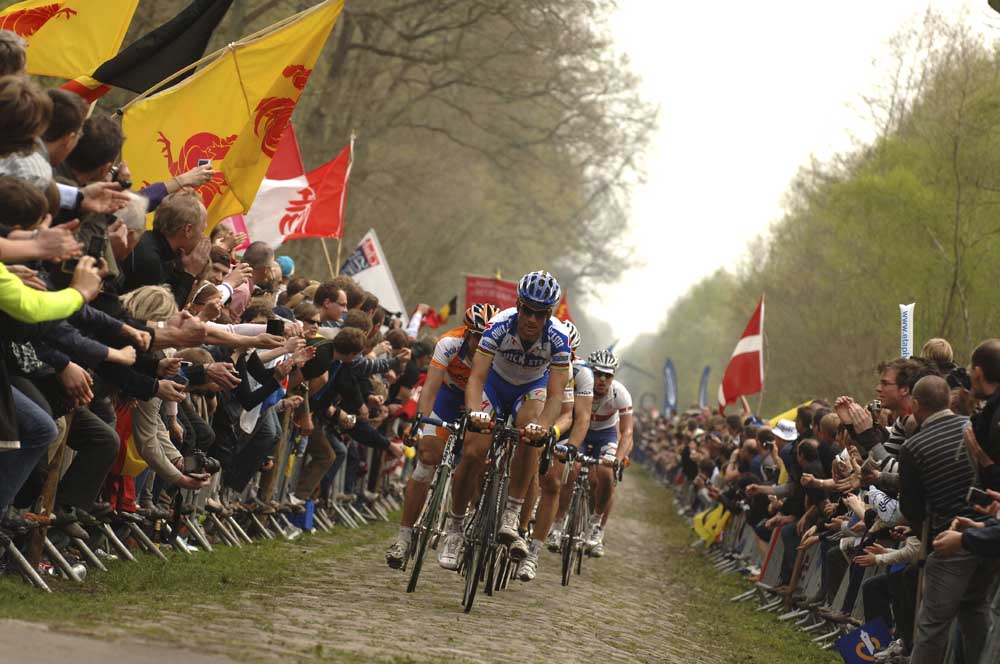 In order to win one must first make it into the selection. The selection, as it were, can take many forms; a lone break away, a small group, or half the peloton. It can happen within the last 500 meters of a race as it does in a sprint finish or, more rarely, from the start line. Selections are a part of virtually all types of road bike racing except maybe for TT’s. For some, making the selection is a victory and a worthy goal in and of itself. The selection always comes down to one thing though; everybody who’s not in it knows they won’t be winning that day and everybody who is in it knows they have a shot at glory. Making the selection is the sum of good fitness, having good legs, riding nous, and lady luck. It also stands to reason that the more selections a rider makes the more checks he or she will have in the win column.

The first part of the equation, good fitness, means without it you’ll get shit out the back when the racing starts. There is no substitute for long hours of training on the bike for getting fit. The second is having good legs when the time comes. Fitness is a precursor to good legs but the two almost seem mutually exclusive at times. We’ve all had our legs inexplicably carry us further and faster than we thought our level of fitness would allow. We’ve also turned squares while being in the form of our lives. When this happens we’re left baffled as our friends/competitors ride up the road. Go figure. Nevertheless, the legs must respond when needed. The third piece is possessing some amount of cycling nous. You don’t generally go out and win a race the first time you enter it unless your given name is Eddy and your surname is Merckx. It pays to know the course, how to handle your bike, how your competitors race and what their form is like. This information contributes to your tactical and racing nous. The final part of the equation is having lady luck perched on your handle bars parting the waters as her hot older sister, la Volupte, carries you along effortlessly. In cycling there are some things you just can not control. Crashes, punctures, kamikaze dogs, twatwaffle media car drivers, erratic other riders, and sketchy roads can all be somewhat mitigated by savvy riding and bike handling nous. But then how, all other things being equal, do we explain a broken chain and two punctures 75K from home just out of cell range on a perfectly sunny training ride versus a crash and mechanical-free day riding over rain soaked pavé with a support car 20 bike lengths behind? If it wasn’t for bad luck, after all, the Schlecks would have no kind of luck at all would have four Tours de France between them, non?

When the four parts above are present and on your side you have a good shot at making the selection. Making the selection is not mutually exclusive of these factors nor does it guarantee a win . Fitness, good legs, nous, and luck all have to be present in order for a rider to make the selection. The really good riders take matters into their own hands and make the selection happen. This is usually one, two or three guys who crank up the pace often at a crucial point on the course. As it is said, Roubaix isn’t won in the Troueé d’Arenberg but it is certainly lost there.

I had first hand experience with this during the Heck of the North this past September. The ‘Heck’ is punctuated by six or seven sections of double track ATV (snowmobile) trail ranging from 2 to 5 k or so in length. These sections are where the field is thinned, where selections are made. My good friend and training partner Dietz, who’s finished no lower than sixth or so the few time he’s raced the Heck, told me over and over – “go as hard as you can and then one more on the snowmachine sections, that’s where the selections are made, the guys in the front go really hard on those sections.” He was right. I held my own on the first couple sections as the lead group drilled it over everything from swamp to muskeg, to tall grass, to loose bouldery trail. Then I lost contact on the third section but was able to ride myself back up on the gravel that followed. Then, I was able to put myself in the front five or ten riders at the start of the next section. This section started with a punchy, boulder strewn climb which led over a knoll and dropped into a small swamp that required a dismount to navigate. It started with my front wheel washing out on some soft deep sand as I turned onto the section from the road. I was able to stay upright but lost a couple places. Then I had to put my foot down about half way up the first climb as a softball-sized rock skipped underneath me and stopped my momentum. As I scrambled to shoulder my steed and walk up the rest of the hill it sank in; I had missed the selection. All that work, not just of that day but of the entire summer culminated in me walking up a dirt trail and through subsequent swamp, alone. At least now I had time to stop and take a much needed piss.

It’s during times like these when we need to gut check ourselves. The conversation I was having in my head at the time, as the top 15 riders or so carried on without me, was about what I wanted the rest of the day to look like. My first choice was to ride at pace and wait for the second group to catch up. I could then seek the solace of other riders and the relative ease of group riding. Or, I could continue on solo, going as hard as I could being assured only of a grueling rest of the day with little or no chance of catching the front group again. This, however, provided me with some hope of reeling in a guy or two who might fall off the front and possibly being able better my finishing position. I also wanted to finish under 6 hours. I had two choices but as I glanced down at the right leg of my Zwarte bibs I knew I only had one option. I still had fitness and the legs on my side and luck seemed not to be playing a factor that day. Apart from lacking the nous on the last trail section, I still had the opportunity to feel success at day’s end. The rest of the day went fine and I was happy with the result.

In the spring of this year I had a formative experience with ‘the selection’ on the Keepers Tour watching Paris Roubaix unfold on our last day of the trip. This, of course, was not on a bike though. It was on the side of the road. Actually three roads, pavé secteurs to be clear. The first was Troisville Ã  Inchy, the first secteur of the race. After sprinting (one of two times I ran this year) across a freshly plowed field we lined up and waited for the race to pass. First came the sound of helicopters followed by the race caravan and finally the peloton, a procession that would repeat itself twice more that day for us. Somewhere, up near the front but safely tucked in 30th position or so were Boonen and the other riders who would eventually become the selection. As the dust began to settle we ran back to the bus stopping only to snap a few pics with the lovely Mrs. Vansummeren. As we sped toward the Arenberg Forest in the mini bus on back roads being expertly navigated and eloquently sworn at by William of Pavé Cycling Classics we enjoyed cold Maltenis and sandwiches.

The traffic on the thoroughfare was jammed leading up to Wallers-Arenberg but our guides knew ways around that. They were making a selection of their own. Just below the railroad trestle seen in all the classic shots of “the trench” we set up shop with a full messenger bag of Malteni that Alex had been carting with us all week. Again; helios, caravan, peloton. This time though Boonen and company were closer to the pointy end of the bunch. It’s an incredible sound the peloton makes as it speeds over the cobbles at speeds that make the rest of us envious on the smoothest of roads.

Finally, we were back in the yellow bus speeding toward the Carrefour de L’Arbre. Charged by what we had begun to realize we were witnessing first hand and lubricated by the bottomless bag of Malteni, none of us could get a word in edgewise as we pontificated about what we’d see at the next secteur. The radio coverage in the van was spitting out updates in French which provided us with clear information that William had to translate.

After another sneak around traffic we parked about a kilometer from the famous Café, walked up to our vantage point, and waited. There was the telltale helicopter. Only this time it was flying over only one rider. Imagine what it would be like to be cycling along all by yourself being followed by a low-flying whirly-bird. Bizarre. But there it was, the selection had been made. From 200 to 50 to 20 to 6 to 4 to 2 to 1. That was it. Fitness plus legs plus nous plus lady luck equaled the selection and finally the win. The win being greater than the sum of the parts.

After a long period off the bike I’m starting to train again. Training for this year’s Keepers Tour and for my first gravel race of the year, the Ragnarok 105. Time, but moreover my fitness, legs, nous, and luck will tell if I can make the selection.

26 Replies to “The Selection Equation”