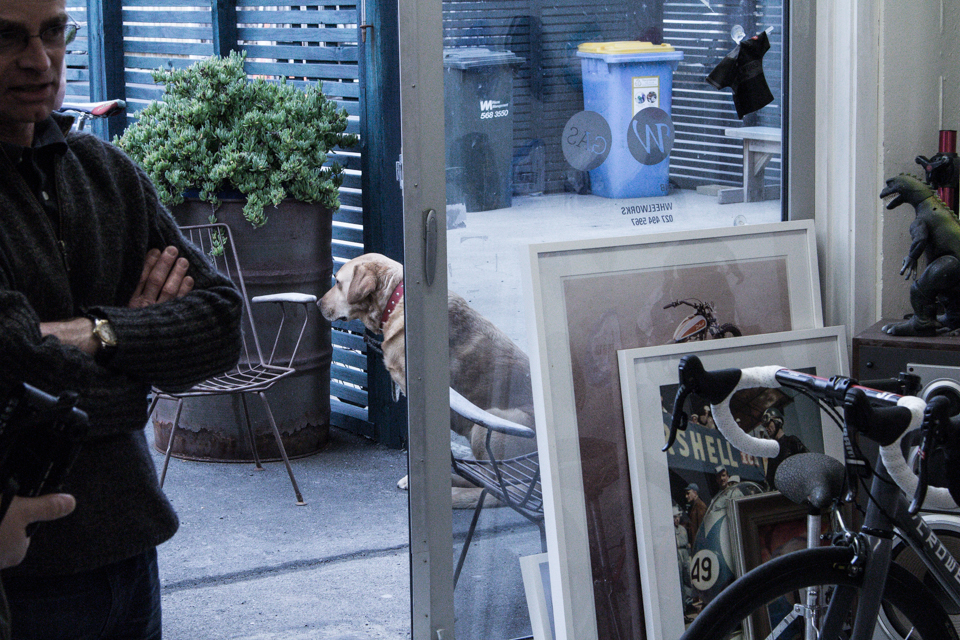 We are a sick lot. We have no morals whatsoever. I understand why others are wary of us, why café patrons reel in disgust, why real men driving utes want us dead. We attempt to assimilate while at the same time exhibiting no shame of our middle-aged bodies swathed in a thin shield of no real protection (for us or their eyes). We tell each other how good or Fantastic we look, and anyone overhearing our conversations must be highly amused yet deeply unsettled. And we openly ogle others’ loves without any sense of chagrin or fear of retribution, often in groups at privately organised, invite-only gatherings. Frequently we touch them.

We should be locked up.

The invite arrived unexpectedly, as these things tend to. Anticipation built; it was like I was being admitted to the inner sanctum of some secret society. 2pm Saturday, bring your most exotic companion/s. Descriptions of others’ lovers were used as a tease, to entice. It worked. The clever deployment of a decoy in the form of a Vespa convention out front kept the normal people at bay. I was content among those who shared my egregious fetish. Metal and rubber abounded, and surrounded us. The Ringleader, speaking in hushed tones with an accent either manufactured or not of the local dialect, ushered me and my dates quickly inside, settling them in positions which seemed pre-ordained, away from each other, yet allowing mingling with their own kind. We stood. We looked. We made awkward conversation. “Is she yours?” “Yeah mate…” “Nice. Can I…” I never know what to say, I want to share, but? “Yeah, sure…”

I hurried home and scrubbed myself and my companions clean. All that remained was that idelible mark within, one not seen by the untrained eye but ridiculously obvious to those who know. The ones I’d left behind, but are always there. Watching.