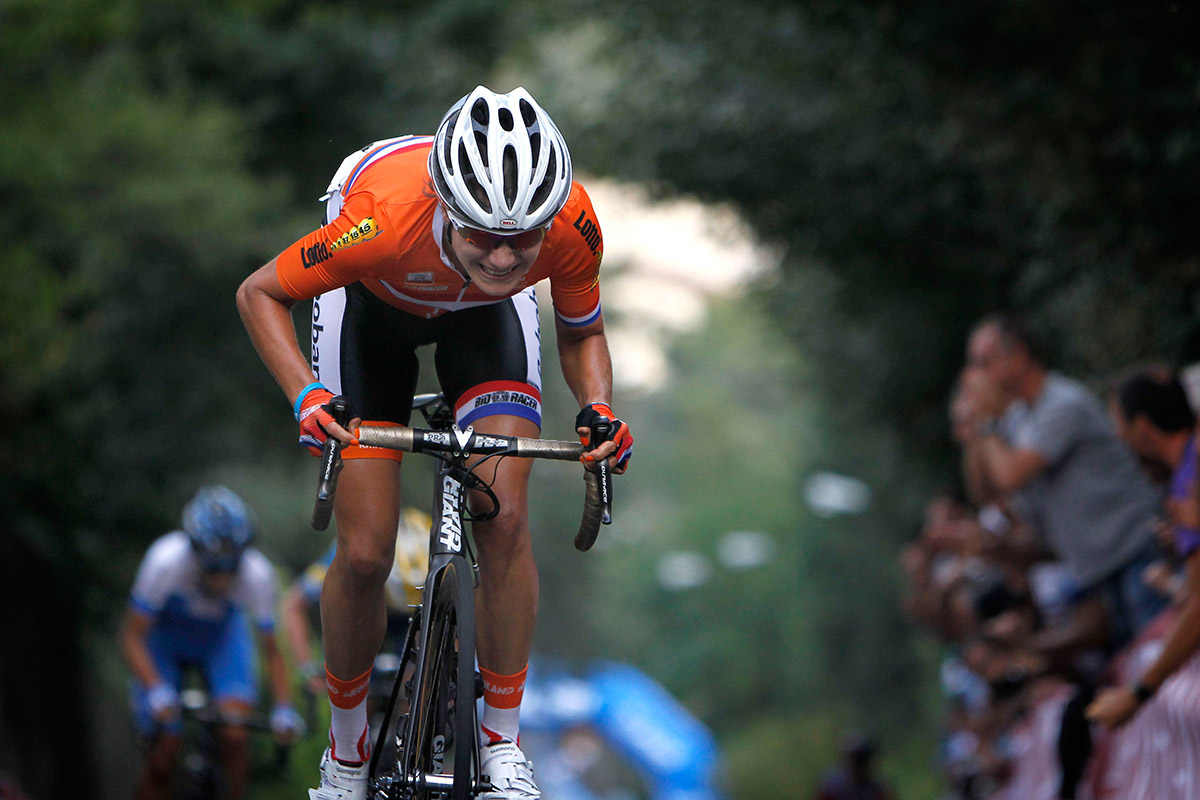 What can be said about the worlds that hasn’t been said here already? We’re all abuzz over here in America, laying in wait for the biggest event we’ll ever host on our crap, frost-heaved and pot-holed roads. The route itself appears to be very well laid out but apparently the road surface is so bad that it is causing bad crashes. Yay America! In France, I’ve seen them re-pave entire mountain passes when the Tour comes through. That’s how you do it, folks.

When it comes to organizing world-class events, we apparently have a bit to learn as we’re also still tugging at the threads of a national Grand Tour. Is that a joke? If we had 21 stages here, there would be 21 transfers, which makes me glad Bernard Hinault isn’t racing anymore because he would be beating the crap out of a lot of people for that one. Maybe he still will.

Most disgracefully, we’ve also proved that we suck at designing kit, as Gianni already covered for us. Come on, what are we, the B-Squad?

Nevertheless, I’m excited about the prospect of watching the race during daylight hours, and can’t wait to be disappointed by US Live coverage, which I assume will be non-existent. But don’t let that stop you putting in your picks for the ladies Road Race on Saturday; Vos has written the season off, so the race will be fairly open. My money is my girl Lizzie Armistead, which sadly jinxes her from having a chance. Sorry Lizzie. On the off chance that I am wrong, however, and you do win, could you please race in black shorts next year? Thanks.

Meditate on the start list, conclude that it is a crap shoot, and get your picks in by the time the countdown timer goes to zero, and good luck!
[vsp_results id=”33787″/]